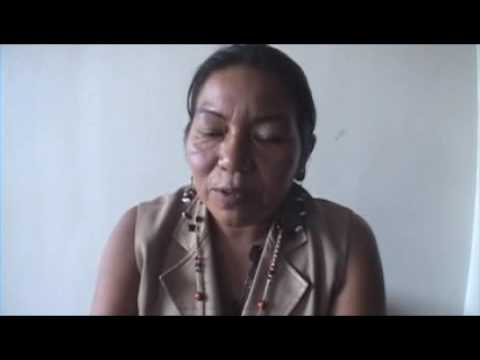 Indigenous People ignored one Month after oil spill in the Amazon

Ecuador’s second largest oil pipeline ruptured this past February, causing more than 14,000 gallons of crude oil to spill out onto the banks of the Santa Rosa river.

The leak has been contained for a while now, and there are ongoing efforts to clean the oil. However, as many as 47 indigenous communities were effected by the spill, and their urgent pleas for assistance are being completely ignored.

The communities are in “a desperate situation,” says Marlon Santi, leader of the Confederation of Indigenous Nationalities of Ecuador (CONAIE). They asked for “urgent help” to mitigate “the ecological, social and health damages”, but they have yet to receive any help whatsoever. There are at least “nine people in a bad state of health,” adds Santi.

“I can attest to the difficulty that they are facing right now,” says Josue Spencer, who visited some of the effected communities last week. “The most susceptible to contamination related illnesses are children and elderly. I met one woman whose three-year-old daughter had past away just eight days before I visited. Many others face eye infections that led to degenerative vision loss, gastrointestinal disorders and skin rashes.”

While visiting the communities, Spencer sat down with Blanquita Grefa, head of the Confederation of Indigenous Peoples of the Amazon basin of Ecuador (FCKUNAE), to talk about the effected communities and their concerns.

On top of the contamination issues, Grefa says there is also a water crisis. “Some 43 communities with approximately 200-300 people per community have been without water for the past month.”