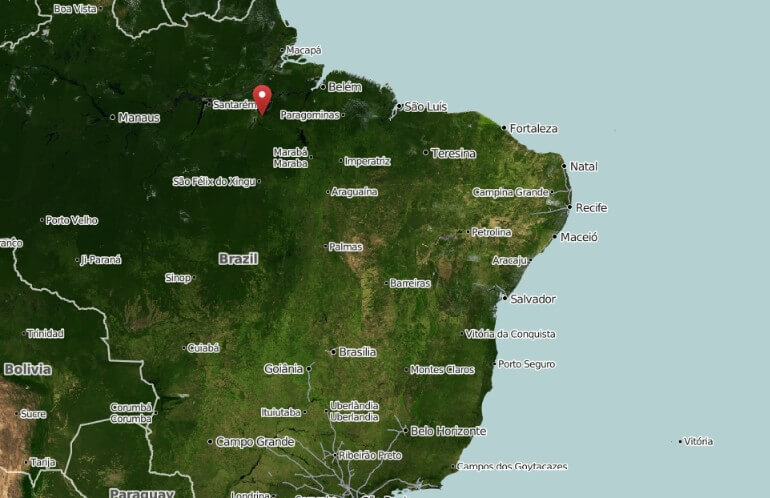 The Federal Public Ministry (MPF-Ministério Público Federal) received complaints from the Xikrin Indigenous People who yesterday (May 25) were received with grenades and rubber bullets upon attempting to enter the Belo Monte construction site to talk with representatives of Norte Energia S.A., responsible for the construction project. According to the reports, approximately 20 indigenous persons went, peacefully and unarmed to the site, to call for the fulfillment of the indigenous conditions [stipulated in the construction contract].

Upon arrival at the site, according to their account, they were received with shock by men of the National Security Force, who fired several rubber bullets at the Indians. 4 people were injured. “We announced that we were there to talk, we attempted to talk. The police did not ask anything, said that they did not want to talk and continued firing,” the Xikrin reported. Faced with this, they returned to Altamira, where they reported the incident to the MPF.

The commander of the National Force in Altamira will be heard by the MPF. The Attorney General will be receiving a formal solicitation to requisition, from the Minister of Justice, information about the limits, objectives and justifications for the presence of the National Force at the Belo Monte hydroelectric plant construction sites. The MPF requested that the National Indian Foundation (FUNAI) present the victims, today, for forensic examination.

This is not the first complaint filed regarding alleged abuses of the men in the National Force within the Belo Monte construction sites. The MPF has already received reports from workers and has formal proceedings underway to investigate “the legitimacy of the action of the National Force in defense of the property (patrimônio) of Norte Energia, S.A. and the Belo Monte Construction Consortium”. With today’s attacks against the Indians, the investigation by the MPF is now criminal in nature.

Five days ago, indigenous persons of various ethnicities affected by Belo Monte have been creating a blockade on the Trans-Amazon Highway to prevent the entry of workers to the hydroelectric plant construction site. They are demanding of the enterprise that it fulfill the [stipulated] indigenous conditions that, three years after the start of construction, have not even been initiated. The Xikrin told the MPF that they were at the plant to discuss an agenda for negotiations. According to them, to date, there has not been a single project covering compensation for or mitigation of the impacts from Belo Monte, and neither the FUNAI nor the Brazilian Institute of the Environment (IBAMA) has ever visited the village to assess compliance with the [stipulated] conditions [of the construction contract].

Republished under a Creative Commons license. Originally published in Portuguese at http://www.xinguvivo.org.br/. Translated by Meg Kidd