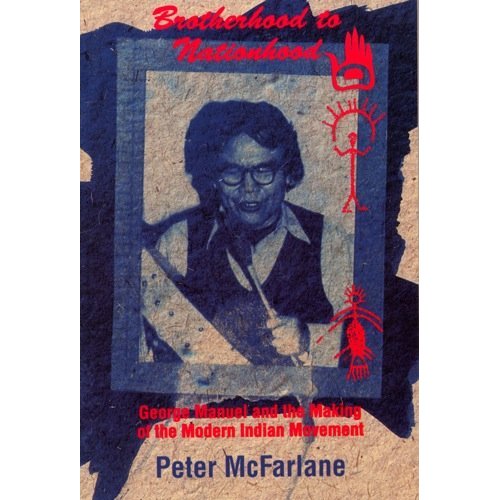 Brotherhood to Nationhood: George Manuel and the Making of the Modern Indian Movement
Support our journalism. Become a Patron!

I just finished reading Brotherhood to Nationhood by Peter McFarlane, the biography of the legendary First Nations leader and world indigenous organizer, the late Grand Chief George Manuel from British Columbia. As the principal strategist and spokesman for the self-determination of Canadian Indians from the 1950s to the 1980s, it’s hard to overstate the key role he played in changing the relationship between Ottawa and the hundreds of Indian bands, as well as the public understanding of aboriginal rights worldwide.

Suffice to say that the voice the Maori, the Saami, the Bushmen, and the Basques now have in bodies like the UN, are in no small part due to his efforts. The fact that he gave his life to this cause is well-known; the fact that he was willing to die to preserve the Indian way of life perhaps less so.

Few likely recall that in the early 1970s, extermination of indigenous societies in North America was still the agenda of all three federal governments, forcing Mohawk, Lakota, and Maya warriors to literally take up arms in defense. As the premier leader of the liberation struggle in Canada, Manuel had to take into account the possibility of going underground should the Canadian government escalate its violence toward the First Nations movement.

Accordingly, Manuel assumed his responsibilities as a War Chief preparing for that eventuality should his diplomatic efforts fail–duties that prompted him to consult with both the African National Congress and the Irish Republican Army. To his relief, the pressure he was able to bring to bear against Canadian apartheid — through European states, organizations, and institutions — was sufficient to forestall armed conflict.

And maybe that’s his greatest legacy: the recognition and willingness of Euro-Canadians to respect and coexist with the First Nations as they continue to negotiate their relationships into the future–a future that was purchased by more than just rhetoric and public relations. Anyone who thinks that the powerful can be made to cooperate, through reason alone, should read this book.