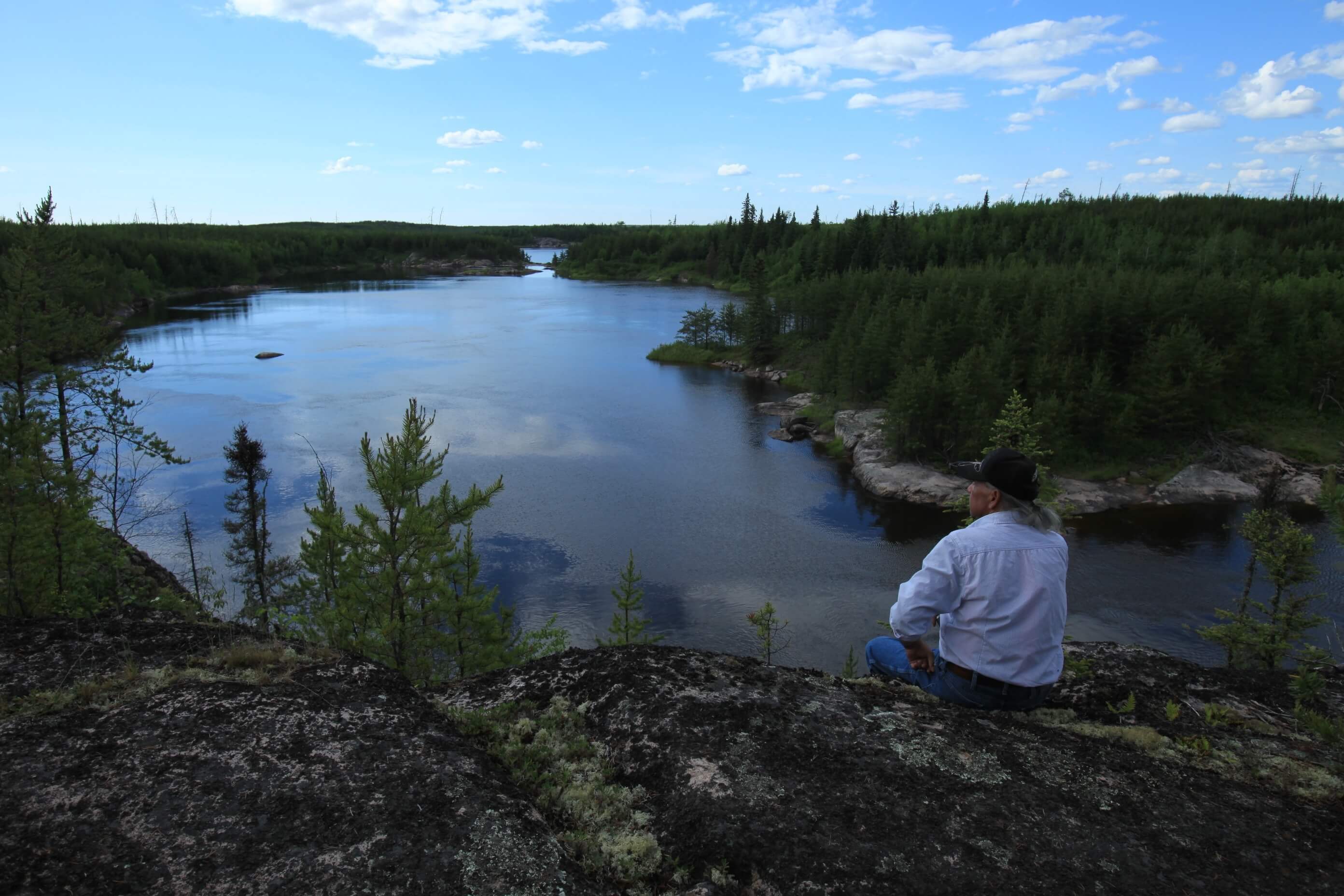 Two parks separated by about 4,000 miles—one a coniferous forest, the other a tropical jungle—but both significant homelands of Indigenous Peoples, have been named World Heritage sites. This week, UNESCO designated Pimachiowin Aki in Canada and Chiribiquete National Park in Colombia official “mixed” natural and cultural World Heritage sites, acknowledging their immense ecological value and their importance to Indigenous Peoples who have lived there for millennia. The Indigenous Peoples in each park have vastly different goals and ways of life. However, both territories have faced alarming rates of deforestation and forest degradation, threatening the communities who call it home. The designation of these two parks is an important step in recognizing the rights of Indigenous Peoples to live on and safeguard the land as they choose.

Reconciliation and Indigenous-led land management in the Canadian Boreal Forest

Pimachiowin Aki, on the border of Manitoba and Ontario, lies in the heart of Canada’s boreal forest. The region is home to one of the largest herds of boreal caribou south of Hudson Bay, along with species such as moose, wolverines, and loons. There, Anishinaabe First Nations have been fighting for seventeen years to have the 7 million-acre region—“The Land that Gives Life”—named a World Heritage site to protect it from encroaching development. This week, Pimachiowin Aki became the first mixed cultural and natural World Heritage site in Canada.

The designation is an important victory in a threatened region. Logging is taking a devastating toll on the boreal forest across Canada, with profound impacts on Indigenous Peoples, at-risk species like the boreal caribou, and the global climate. Between 1996 and 2015, 9.3 million acres were clearcut in Ontario and Manitoba alone. Indigenous Peoples throughout the country are facing the loss of their intact forests, undermining the relationships they have had with the land. Despite logging’s devastating impact on Indigenous Peoples, many Nations and communities are largely excluded from decision making about development in their traditional territories. This exclusion undermines Indigenous rights established internationally and adopted nationally.

The Bloodvein River, Little Grand Rapids, Pauingassi, and Poplar River First Nations have worked in partnership across their territories to ensure that their rights to their land are preserved. Pimachiowin Aki’s designation as a World Heritage site will help protect their homeland and the Anishinaabe tradition of Ji-ganawendamang Gidakiiminaan, or “Keeping the Land,” which is a sacred responsibility.

UNESCO’s decision is a major boost to Canada’s efforts to satisfy its commitment under the Convention on Biological Diversity to protect 17 percent of the country’s land and inland waters by 2020. Currently, only 10.5 percent of Canada is protected. A 2018 report from the Indigenous Circle of Experts identified the central role that Indigenous-led protected areas will play in meeting this target. Pimachiowin Aki is a model of how effective community-run protected areas can be and is part of a growing movement of Indigenous-led management in the boreal forest. Now, the Anishinaabe First Nations will have the power to protect and steward their lands for future generations.

The prospects of peace and isolation in the Colombian Amazon

Still healing from the fresh wounds of a half-century long civil war, Colombia remains one of the world’s most deeply divided, yet most “megadiverse” countries. Colombia held a 2016 referendum on a proposed peace agreement between the federal government and the FARC (Revolutionary Armed Forces of Colombia) guerrilla rebels. The “No” vote against the deal won by a razor-thin margin, but Colombia’s Congress managed to pass a revised peace accord, leading to the FARC’s disarmament and re-integration into society. As a result, vast stretches of the country that had been impacted by the war are now becoming more accessible.

Long barred from World Heritage status due to security concerns related to the conflict, coca cultivation and contraband trafficking, Chiribiquete National Park, known to Indigenous Peoples as “The Maloca of the Jaguar” (ancestral long house of the jaguar), is the largest national park in Colombia, comprising 2.8 million hectares (6.9 million acres)—an area the size of Hawaii. In addition to jaguars, it is home to an extraordinary biodiversity of rare flora and fauna, including pumas, pink dolphins, lowland tapirs, giant otters, howler monkeys and brown woolly monkeys thriving among free-flowing rivers, waterfalls and roaring rapids beneath the area’s iconic, looming Guiana rock formations known as tepuis. Pictographic paintings that may be up to 20,000 years old reveal a vibrant pre-colonial history. Franciscan missionaries encountered Carijona peoples in the eighteenth century and the park’s current human inhabitants include diverse groups of Indigenous Peoples who speak Tucano, Uitoto, Arawak and Carib languages. At least four Indigenous groups residing within the park remain in isolation, with little to no contact with the outside world.

Yet, similar to Pimachiowin Aki, the region is jeopardized by industrial activities—particularly logging. A recent study found that in 2017 Colombia had the greatest increase in tree cover loss of any country with tropical forest. In a conservation corridor on the edge of Chiribiquete, The Murui Muina (Uitoto) Indigenous People inhabiting the recently-extended Puerto Sábalos, Los Monos and Monochoa reservations face threats of industrial logging in their territory. The main drivers of deforestation in the region include the construction of the Marginal de la Selva highway, and illegal forest clearing for cattle ranching and agricultural expansion.

UNESCO’s World Heritage designation is an important step toward protecting the region. It will also help maintain the isolation of Indigenous groups within the park’s boundaries who may wish to remain separate from the outside world. The UN and international NGOs, have begun legislating isolation as a component of the right to self-determination and radical cultural difference enshrined in the UN Declaration on the Rights of Indigenous Peoples. The ethical implications of voluntary isolation are captured in the award-winning Colombian film Embrace of the Serpent, in which an Indigenous shaman encounters multiple generations of Euro-American ethnobotanists seeking to extract the sacred essence of the yakruna, a rare plant. The UNESCO World Heritage site designation will hopefully help to conserve Chiribiquete in a sustainable way and preserve the ways of life of the Indigenous groups in the park.

The industrial pressures facing Indigenous Peoples in both North and South America are significant. Both Canada and Colombia still have a long way to go to promote Indigenous rights and protect their globally-important forests. Yet UNESCO’s recent decision to designate Pimachiowin Aki and Chiribiquete as World Heritage sites offers the Peoples of both regions opportunities to practice their ways of life and relationships with the land. It also provides both countries with a model for protecting forest ecosystems and supporting the societies who have stewarded them for millennia.