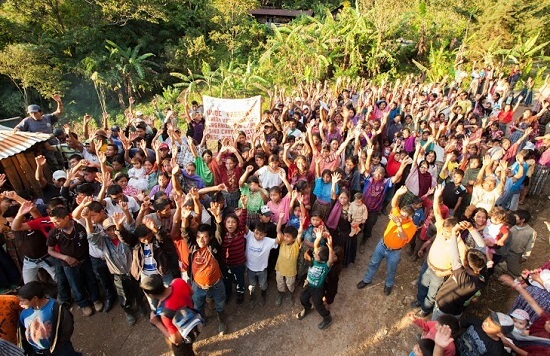 Photo by Jeff Abbott/Upside Down World
Support our journalism. Become a Patron!

Success is rare among indigenous peoples’ struggles for land rights in Guatemala. But the nearly 300 Poqomchi’ Maya families that make up the Primavera communities in the department of Alta Verapaz have just won a significant victory.

On July 14, community representatives and the Guatemalan Land Fund signed documents to officially recognize three communities that have called the land home for centuries. In the face of eviction, the communities negotiated a settlement with the Guatemalan Minister of the Interior, the Secretary of Agrarian Affairs, and representatives from Maderas Filips Dias/Eco-Tierra, the logging business seeking to harvest the land’s forests.

In the end, the logging company ceded nearly 800 hectares of land, with the Guatemalan secretary of agrarian affairs overseeing the titling of the land to the families of the communities.

“This is a major victory, especially under these conditions of corruption,” said Rony Morales from the Union of Veracruz Campesino Organizations (UVOC), which worked closely with the communities to obtain this victory. “The fact [that] a community can finally win their land at no cost to the community is very important. For the other indigenous communities in San Cristobal Verapaz and the valley [of] Polochic that are in this same process, they have found hope in this victory.”

From today on, the communities will be known by the Poqomchi’ name Belejeb E.

History of the Struggle

The 279 families in the Primavera communities struggled for over two centuries for the rights to their land, which was privately held for years as the Finca Primavera. They faced intimidation, nearly 25 assassinations, and over 50 arrest orders in response to their claims on the land.

The land dispute began in the 1800s, when a German family appropriated the land for the production of coffee, with the support of the Guatemalan government. The existing residents were allowed to stay on the land in exchange for their unpaid labor as mozos colonos, or tenant farmers.

In 2000 the land was declared abandoned by the government after the death of the owner. But despite laws, and even a request by the former owner, the land was not transferred to the people who lived and worked there. Instead, it was entered into the official government land registry as available land.

Since 2000, the community has negotiated with Guatemalan state agencies, including Fondo de Tierras (the land agency) and the Public Ministry, as well as with the Catholic Church. The goal of the talks was to arrange the purchase of the land and distribute it to the families that live there.

Yet in 2011, despite the ongoing negotiations, the government issued a logging permit to Maderas Filips Dias/Eco-Tierra, continuing its long tradition of selling indigenous lands from beneath the feet of their residents. The government then declared the communities usurpers of private property and took steps to drive them from the land—including intimidation and the assassination of community leaders.

In response to the sale, the community maintained that the land had been theirs for centuries. They pointed to the presence of schools, churches, and the provision of state services such as electricity within the communities.

In an interview with the human rights organization Peace Brigades International, UVOC lawyer Jorge Luis Morales Fuentes stated that the conflict in the former Finca Primavera is emblematic of land struggles in Guatemala: “The workers and their families’ land tenure rights are a legitimate result of a working relationship and were violated when this property changed hands. The new landowners do not recognize this land tenure right and try to evict communities from the land.” 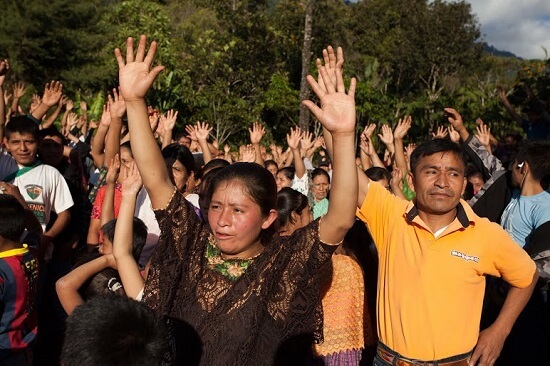 Between 2011 and 2015, the Primavera communities had faced an uncertain future before the announcement of the July 14 victory. Little more than six months before, they had faced eviction to make way for logging and ecotourism projects.

In early November 2014, the Ministry of the Interior had issued eviction notices that began on December 13 and ran through January 5. In the court orders, the government charged the community members with “squatting” and “land invasion.”

“We have rights; we are not [land] invaders,” said Arturo Eladio Xollim Tilom, a community leader. “We have looked to negotiate with the business, but they never arrived to the negotiation table.”

The Guatemalan government moved against the community before the eviction, issuing 48 detention orders for community leaders and arresting several, including Arturo Eladio Xollim Tilom. On November 28, 2014, Xollim Tilom was arrested with another leader, Manolo Cac Xona, as they left their respective homes to head to their fields.

Despite the logging company’s encroachment and court orders from the government, the community vowed to resist the eviction, with one resident stating, “We are natives from here. We will defend our land, our children, of parents, and ancestors.“

Many in the community feared that the potential eviction would be violent, especially following the August 15th eviction of communities to make way for the Santa Rita dam, in which police killed three men in the community of Semococh.

The violent 2011 eviction of communities in the valley of Polochic also contributed to their fear, with memories of military and police burning homes, crops, and personal belongings and killing livestock. 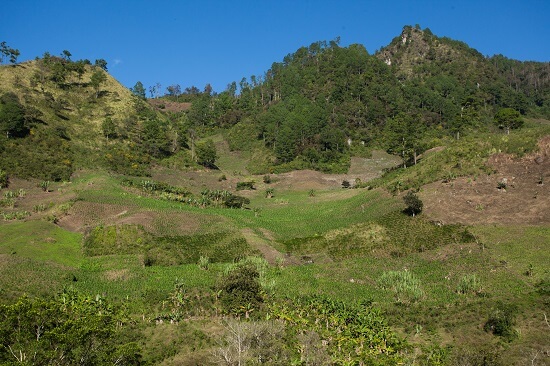 Still Waiting for a Solution

Although the conflict in Primavera was emblematic of the struggle for land in Guatemala, the communities’ victory is an abnormality.

In recent years Alta Verapaz has become one of the centers of land conflict in Guatemala due to the expansion of mining, hydroelectric, and monoculture projects. In 2014 alone, six communities faced eviction to make way for these projects.

One of the more egregious evictions took place in August of 2014, when more than one thousand national civil police (PNC) and military were deployed to evict the communities of Monte Olvio, 9th of February, and Semeuco. During the eviction, the PNC killed three men.

The communities were evicted to make way for a sugar cane and African palm production, and although the Pérez Molina government promised assistance, no help has arrived.

In 2012, the administration announced a plan to resettle 300 families from Polochic that year, 300 the following year, and the remainder in 2014. In 2013, the president announced he “would not rest until the families of Polochic were relocated.” In another speech, the president promised to leave “not one family without land to produce.”

Yet there has been little progress, and communities have fallen deeper into poverty.

In March 2015, driven by desperation, the 70 families evicted in 2011 launched a land occupation to reclaim what was once theirs.

“Today the situation of these families has worsened, because they pay rent on houses in bad condition, surviving on poverty wages, suffer abuse from landowners and managers,” community members wrote in a statement to the press. “Faced with this problem, more than 70 families have returned to the land from which they were violently evicted four years ago.“

Jeff Abbott is an independent journalist currently based out of Guatemala. He has covered human rights, social moments, and issues related to education, immigration, and land in the United States, Mexico, and Guatemala. His work has appeared at Upside Down World, Truthout, and North American Congress on Latin America. Follow him on twitter @palabrasdeabajo.

This article was originally published at Upside Down World. Republished at Intercontinental Cry with permission.