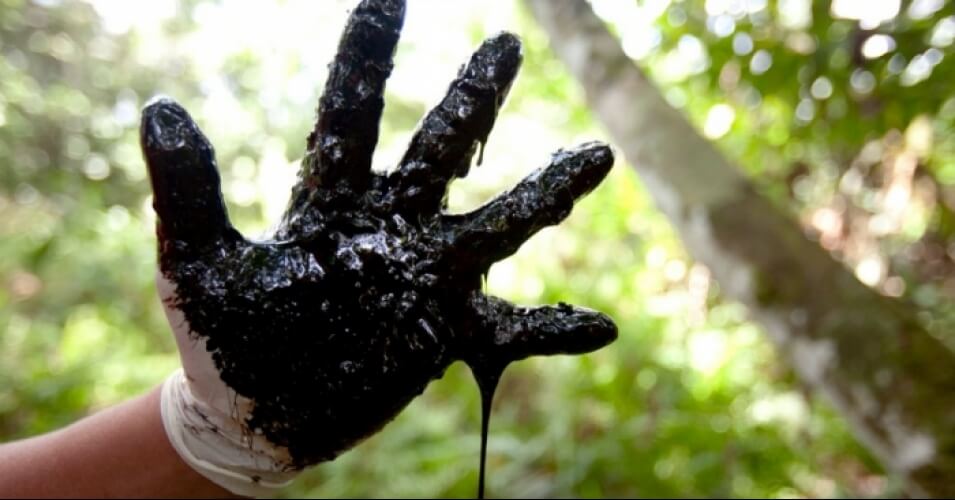 Chevron’s repeated refusal to clean up its toxic contamination of Ecuador’s Amazon rainforest constitutes an “attack” on civilian populations and should be investigated by the International Criminal Court in the Hague, impacted indigenous and farming communities charged this week in a formal complaint (pdf) to the global body.

“In the context of international criminal law, the decisions made by Chevron’s CEO, John Watson, have deliberately maintained—and contributed to—the polluted environment in which the people of the Oriente region of Ecuador live and die every day,” states the complaint, which was submitted to the ICC’s Chief Prosecutor Fatou Bensouda on Thursday on behalf of approximately 80 affected communities, totaling tens of thousands of people.

In 2011, impacted communities won a judgment in an Ecuadorian court against Texaco (acquired by Chevron in 2001) for its toxic waste dumping in the Lago Agrio region in northeastern Ecuador between 1964 and 1992, which created an ongoing environmental and public health crisis, including high cancer rates and reported birth defects among residents. Last year, Ecuador’s National Court of Justice upheld the verdict but cut the initial mandated payment from $18 billion to $9.5 billion.

Chevron has repeatedly refused to pay the $9.5 billion ordered by Ecuadorian courts and even took the step of removing most of its assets from Ecuador in an apparent effort to avoid paying. Petitioners slam what they call “multiple collateral attacks against the judgment and the lawyers who represented the affected communities.”

After years of legal battles, impacted peoples have not seen any reparations.

“The health conditions imposed on the indigenous and farmer communities that live in the Oriente constitute a serious and sustained attack on the population that has lived there peacefully for centuries,” states the ICC complaint. “The damages, which have been documented and confirmed in countless inspections conducted for the Ecuadorian case, brought various consequences, including water contamination, ground contamination, cancer, forced displacement, extermination of two ethnic groups, and many other disastrous conditions that are described in the annexes to this communication.”

The petition charges that the systemic harm inflicted by Chevron constitutes a “crime against humanity” and therefore is of concern to the international community.

“It is critical that all legal mechanisms be fully utilized to put an end to what is effectively impunity for a major American oil company that is committing human rights crimes against vulnerable populations,” said Pablo Fajardo, lead lawyer for the impacted communities.