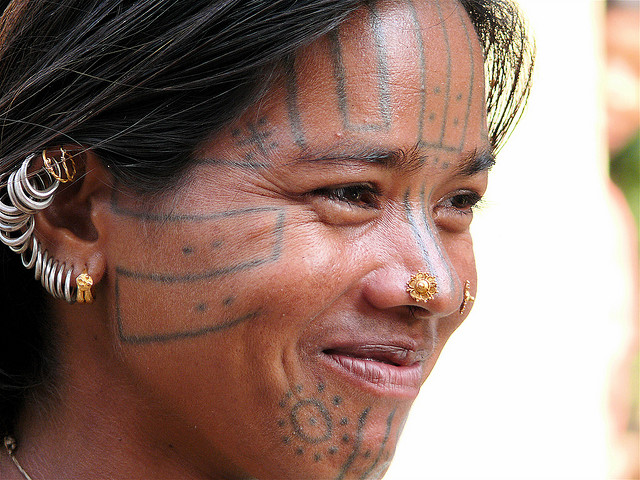 For too long, Indigenous and tribal peoples have been pushed off their lands in what often appears to be a futile struggle against powerful multinationals. Now, however, the Dongria Kondh of India’s Odisha State are celebrating an alternative story, a significant success for the rights of Indigenous and tribal peoples everywhere. Proving the strength and resilience of a people determined to protect their land, their god, and their way of life, the Dongria Kondh have successfully stopped a mining project in their territory.

Shortly after twelve Dongria Kondh villages in the Niyamgiri area of Odisha State, strongly rejected all of the incentives that were being offered by Vedanta Resources plc for their approval of a bauxite mine, India’s authorities cancelled the company’s project.

The Niyamgiri Hills are the home to the god of these villages; their destruction would have been devastating. Rather than bringing the ‘development’ that Vedanta kept promising, the project would have permanently forced the Dongria to change their way of life, subsequently forfeiting their ability to sustain themselves.

A press release from the organization Survival International shares part of a message that a Dongria woman, Putri, had sent to Vedanta ahead of its Annual General Meeting:

This Niyamgiri Hill is our God, our Lord, our Goddess, our father, our mother, our life, our death, our flesh, our blood, our bones. We get our food, drink and air from Niyamgiri and it sustains our life. It is therefore our right to stand together to protect and safeguard Niyamgiri.

We’ll lose our self-esteem if they take away our hills and forests. Other Adivasis [India’s tribal peoples] who have lost their homes are dying of desperation; they are being destroyed. Earlier they used to till their land but now they are only drinking without working. They have become kind of beggars.

With expert knowledge of their forests, the Dongria Kondh are able to gather mangoes, honey, mushrooms and much more from the forests while growing more than 100 different crops on their territory. Their way of life has allowed them to live sustainably for numerous generations. The impacts of the mining project would have been irreversible, forcibly taking away the lands, resources and culture of the Dongria and pushing them to assimilate with the dominant society.

India’s Supreme Court gave twelve villages the power to decide the fate of the project on April 18, 2013. After Vedanta contested the Environment Minister’s 2010 finding that the project would damage the environment and displace tribes and wildlife, the judges intervened. “Tribal right over land is recognized and the local authority of the tribes must clear the proposal”, a three-judge panel headed by Aftab Alam of the Supreme Court said in the April 18 ruling.

The consultations, often referred to as the country’s first ‘environmental referendum’, were unprecedented, but it was the unanimous rejection of the mining project–a courageous move in light of the heavy police presence in the forests–that go everybody’s attention. A press release from Survival International notes that Dongria women were afraid to go into the forests during the consultations because of police and paramilitary intimidation and harassment. Despite that fear, all twelve villages joined in a united voice, and strongly said ‘no’ to the project.

The global impacts of this victory are a valuable lesson that the free, prior and informed consent of Indigenous Peoples must be sought in all projects that will affect them. Considering the consent of the Dongria Kondh unnecessary, Vedanta expected to steamroll the project through.

Failing to seek the consent of the Dongria before beginning their extractive project, Vedanta had already built a refinery at the bottom of Niyamgiri Hills, which cost the company around US $800 million. With the capacity of refining 1.25 million metric tons of new aluminum, this refinery now sits idle.

Referring to local village-level governance bodies, India’s Environment Minister, responsible for the final decision, stated “We rejected it after the local panchayats rejected”. In fact, the Dongria Kondh had been campaigning against the project for around a decade, but it was nice to see the government echoing the voice of the people.

Prior to this final blow to Vendanta’s project, Survival International submitted a complaint to the OECD, resulting in several shareholders, including The Church of England, to sell their company shares. The Church of England stated that ‘we are not satisfied that Vedanta has shown, or is likely in future to show, the level of respect for human rights and local communities that we expect.”

This story sets a new precedent for Indigenous and tribal peoples’ rights in India and around the world. Despite the government’s vested interest in the mining sector, it upheld the rights and interests of local communities that were otherwise facing disaster, giving the Dongria Kondh a welcomed cause to celebrate, the international community along with them.