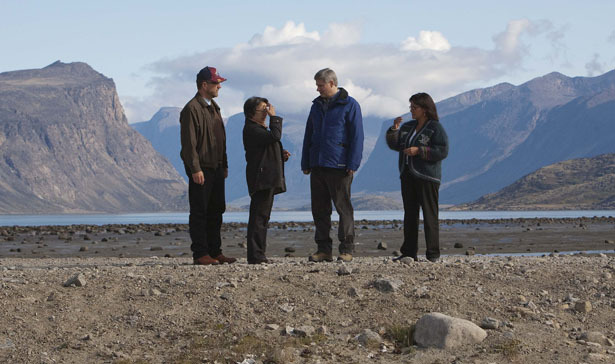 Indian and Northern Affairs Canada is no steward of the land

The Auditor General of Canada, Ms. Sheila Fraser, has singled out Indian and Northern Affairs Canada (INAC) for its abysmal role as a steward of Indigenous lands.

According to Ms. Fraser, who released her 2009 audit to the House of Commons last week, INAC, and to a lesser extent, Environment Canada, has routinely failed to regulate environmental threats on reserves leading to a “significant gap” when compared to the rest of Canada, where regulations are strictly applied.

“As a result, people living on reserves have significantly less protection from environmental threats than other communities,” says Ms. Fraser.

“For example, while regulations under the Indian Act require a permit issued by INAC to operate a landfill site or burn waste on reserve lands, the Department has issued few permits and is not equipped to conduct inspections, monitor compliance, and enforce the regulations. Consequently, garbage is often not confined to licensed landfill sites and there is no monitoring of the impacts on drinking water sources and air quality. Off reserves, provincial and municipal regulations and enforcement help to prevent such situations.”

Similarly, while provinces like Ontario have their own set of legal provisions to address environmental emergencies– such as oil spills, which require a detailed report and clean up–there are no such regulations for reserves. “Such provincial requirements, which apply to spills of pollutants generally, do not apply on reserves,” says Ms. Fraser.

In fact, there are almost no federal regulations to govern environmental protection on any of Canada’s 642 reserves. In effect, this means reserves are “regulatory dead zones,” perhaps comparable to the oil fields of Nigeria and Ecuador, where corporations have been allowed to pollute and engage in criminal activities with impunity.

INAC readily admits to the lack of regulations and “enforcement tools,” namely, to prevent the development of more contaminated sites; But even so, they have not even tried to fill the gap. Instead, they just keep blindly giving more reserve lands to companies–whether or not a Band Council, let alone the community, provides its own consent.

There is a specific set of criteria INAC is supposed to meet before leasing reserve or treaty land. Most notably, according to the current land management provisions of the Indian Act, it must ensure “that the condition of the land is evaluated and, if required by law, that an environmental assessment is completed.”

To determine whether or not INAC has been obtaining the required information and meeting other standard requirements, for the audit “a representative sample of 51 of the 936 leases on reserve lands in British Columbia, Saskatchewan, and Ontario that were processed under the Indian Act over the past three years.”

The audit found that INAC failed to meet the requirements 60 percent of the time.

The fact is understated in the audit, however, it may very well be that these other leases are illegal. Further investigation seems appropriate.

The Auditor General’s Report also examines, however briefly, the widespread contamination on reserve.

According to the Treasury Board of Canada’s Federal Contaminated Sites Inventory, which was developed as part of the Federal Government’s Contaminated Sites Action Plan (FCSAP), there are currently 4464 known contaminated sites on reserve. (However, it should be noted that the inventory only contains sites that are considered by the Federal Government to be their responsibility. It does not, for example, have any listings for Fort Chipewyan. A host of other sites have been similarly excluded.)

Of the 4464 sites listed in the inventory, Indian and Northern Affairs has identified 1,610 sites. 557 of those are classified as medium- or high-risk sites that require some kind of remediation. According to the Auditor General’s report, the cost of remediating all 1,610 sites is estimated at $143 million.

The Auditor General’s report explains that, under FCSAP, the federal government has a $3.5 billion cost-sharing program to help INAC and other departments address toxic sites, providing the contamination occurred before April 1998.

According to INAC, they didn’t have the funding necessary to work on any more sites.

Further, in a 2008 evaluation of its Contaminated Sites Program (CSP)—the implementation of which falls on to “the Assistant Deputy Minister of the Northern Affairs Program and the Assistant Deputy Minister of Land and Trust Services,” according to INAC’s 2002 Contaminated sites management policy—INAC will not be able to meet the 2020 target, again, because of a lack of funding.

As well, “according to the evaluation, none of the confirmed high-risk or medium-risk sites on reserves had been fully remediated and no actions had been taken for two thirds of these sites to mitigate the potential risks to health and the environment,” notes the Audit.

There’s a lot left to be said about INAC’s inadequacies and perhaps even criminal activities when it comes to environmental protection, its negligence when dealing with crises and its refusal to adhere to existing regulations.

Most disturbingly of all, INAC’s “woeful” exploitation of the lack of regulations when leasing lands to corporations. Most of the time, they can’t even fulfill their most basic “constitutional obligation to consult” a community before telling a company they can have some of their traditional territory. Instead, they give the land to the company first—and then tell the community to talk to the company while they, INAC, acts out the role of “the noble mediator.” The peace maker.

And who knows how many of these companies are being fueled by investments from the Canadian Pension Plan (CPP)—something that few people are willing to talk about these days. Not to mention the fact that indigenous people are being routinely arrested, beaten and thrown in jail for trying to stop companies from destroying even more land and releasing even more toxins. There’s plenty of regulations for that sort of thing.

Hopefully, in the weeks and months ahead people will start coming forward to discuss these matters in more detail.

As a final thought, let us instead turn to one of INAC’s triumphs–possibly one of the 58 contaminated sites they took action on this year.

You may recall reading about an open “toxic wound” that was left in the middle of the Attawapiskat Cree Nation reserve this past March.

An INAC-funded gas line burst in 1979, which allowed some 30,000 gallons of hydrocarbon oil to pool under the reserves one and only school.

It took INAC 30 years to finally give the go-ahead to tear down the school, which the community was forced to abandon years ago.

Soon after the school went down, in March 2009, the community of Attawapiskat was hit with an outbreak of headaches, nausea, skin rashes, nosebleeds, and chronic diarrhea.

In response to the crisis, the Band Council declared a “state of emergency” to evacuate their kids from the reserve. However, They needed INAC’s help for the evacuation.

INAC refused to help. According to their own tests, there was no need for an evacuation.

Discussing the issue in Parliament at the time, INAC Minister Chuck Strahl said the whole thing was nothing more than a publicity stunt being propped up “on the backs of needy aboriginal people.”

Today, with the harsh northern Ontario winter just weeks away, the community is “desperate and abandoned”. Almost of half of the reserve, population 2000, is now consider homeless by social services. INAC still hasn’t offered to help.