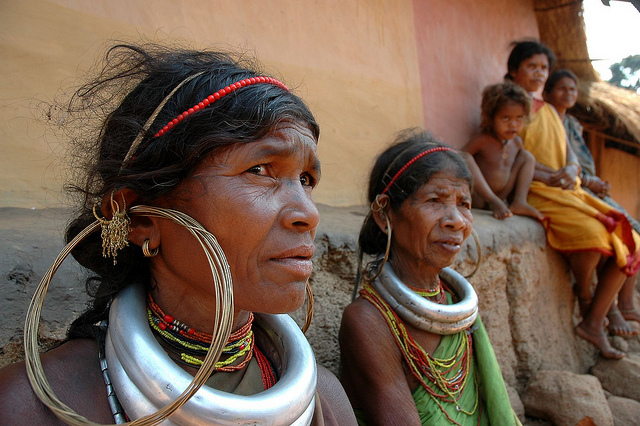 India opens the floodgates for extinguishment of Indigenous Rights

Photo by rajkumar1220 (Some rights reserved)
Support our journalism. Become a Patron!

India’s central government has walked away from its position on the need to obtain consent from Indigenous peoples and forest dwellers before handing their lands over to industry.

On February 15, the central government announced that major “linear projects” such as roads, railways, transmission lines, canal systems and pipelines do not need to obtain consent from affected forest populations before clearing their lands. The announcement, which stands in sharp contrast to provisions in the Forest Rights Act, could now make way for hundreds of new industrial projects that would have never otherwise seen the light of day.

“This is serious breach of trust and a huge step back in ensuring the dignity and survival of traditional forest-dwelling people across the country”, said Dr. Swati Shresth, from the Ashoka Trust for Research in Ecology and the Environment. “Forests are going to be cleared to make way for a particular kind of economic development; it will adversely impact communities and the environment.”

Just four years ago, the Union Ministry of Environment and Forests (MoEF) made the matter of consent of affected communities mandatory for all projects that would destroy forests. The landmark decision came in direct response to the attempt by UK-based mining company Vedanta Resources Inc. to clear the Dongria Kondh’s lands. Last week’s announcement effectly revokes that mandatory rule.

On the same day of the announcement, the MoEF took another troubling step away from Indigenous Rights, while reiterating the inviolable nature of those rights.

In an affidavit that was filed in the Supreme Court in the ongoing case with Vedanta, the MoEF reiterated that mining in Niyamgiri hills cannot be permitted, stating that:

“The diversion of forest land on the proposed mining site of the Lanjigarh bauxite mining lease is violative of the fundamental rights of the Dongria Kondh tribals as well as the spirit of Forest Rights Act especially for the vulnerable tribal groups such as the Dongria Kondh and thus cannot be allowed for this reason alone.

“More than 7 sq. km. of the sacred undisturbed forests on top of the mountain, where the proposed mining lease area of the Lanjigarh bauxite mining lease is located has been protected for centuries by the Dongria Kondh, a primitive tribal group [now termed as particularly vulnerable tribe] as sacred to their deity. Diversion of these sacred areas for mining will undermine the customary rights of the Dongria Kondhs to protect their sacred places of worship and thereby amount to a violation of their fundamental right to manage their own affairs in the matter of religion and fundamental right to conserve the culture of their own. It was also in direct violation further of the specific provisions of the Forest Rights Act.”

This is, of course, great news for the Dongia Kondh who continue to stand in steadfast opposition to Vedanta’s mining interests on their sacred land. http://www.thehindu.com/todays-paper/tp-national/forest-land-cannot-be-diverted-for-vedanta-project-says-centre/article4420821.ece?textsize=large&test=1

Speaking on the broader issue of consent, the MoEF went on to say that “No eviction of eligible forest dwellers can take place till the process of recognition and vesting of individual and community forest right under the Scheduled Tribes and Other Traditional Forest Dwellers (Recognition of Forest Rights) Act is complete.”

However, the MoEF then did an about face. As reported by Down to Earth, the Ministry stated that such consent is only required in cases where “displacement of large number of people” is involved and which “affect the quality of life of the people”.

In cases where the diversion of such forest land is “unavoidable” where rights of the forest dwellers are recognized, their rights may be “circumscribed or extinguished using the eminent domain of the state”.

This, too, is in sharp contrast to a previous position that was taken by the government last December, when it stated that forest dwellers like the Dongria Kondh, who are protected under the Forest Rights Act, cannot be displaced except for making forest areas inviolate for wildlife, an exception that has, up to now, been used frequently to protect dwindling tiger populations–even when there were viable alternatives.