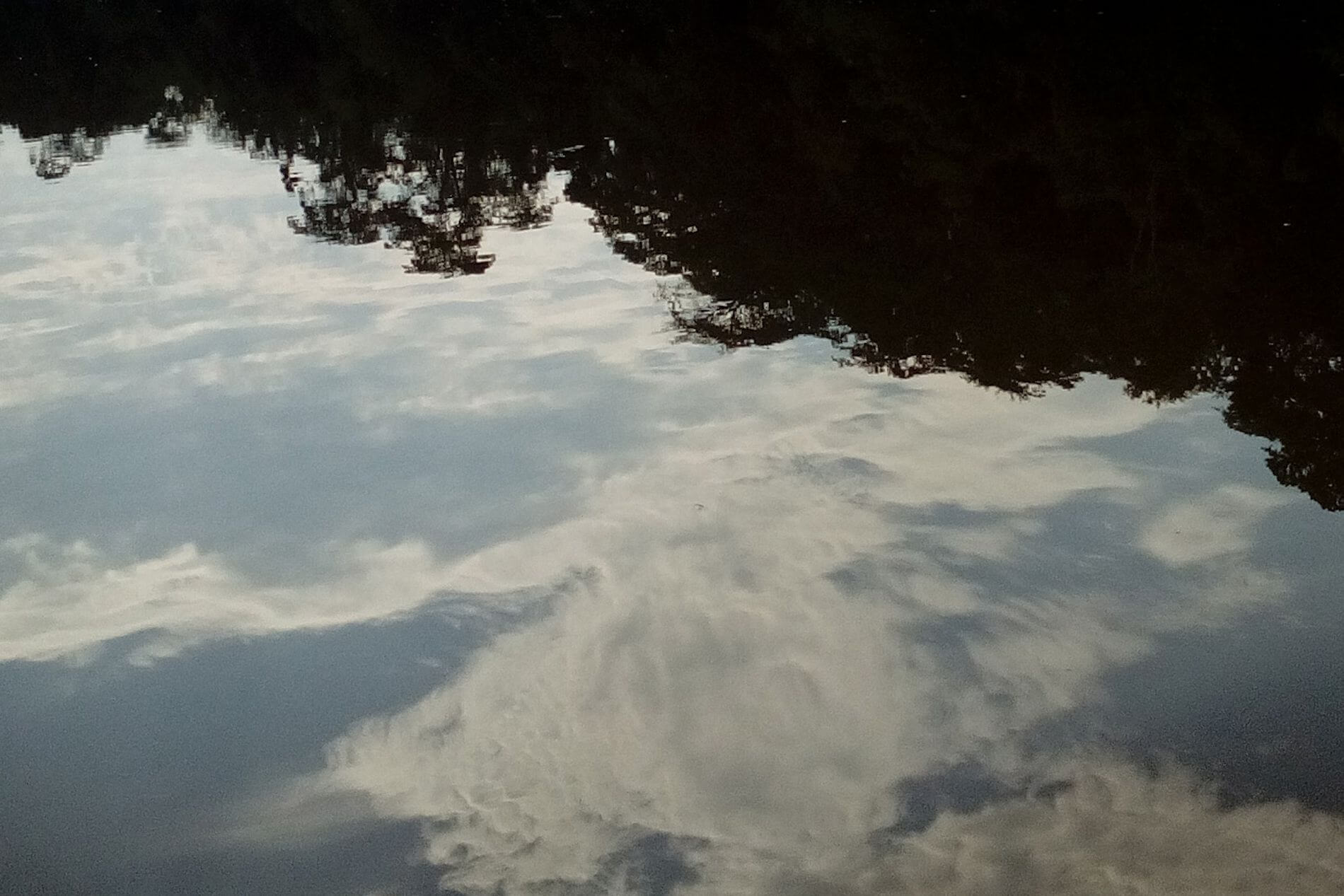 “I Travelled To The Tigre River”

An Indigenous Student’s View On Oil Contamination in Loreto
“They lived happily, hunting, fishing in the river and their lakes, and they did not have health problems as they do now.”
Support our journalism. Become a Patron!

Elisvan Greffa Yumbo
In the Peruvian Amazon, over 40 years of irresponsible oil exploitation have affected countless indigenous communities. While scientists still do not know the long-term impacts of oil spills and water contamination, the links between indigenous rights violations, socio-environmental conflicts and the petroleum industry are becoming increasingly clearer. In this exclusive story, indigenous Kichwa student & Vice-President of indigenous student organization OEPIAP, Elisvan Greffa Yumbo, presents his observations following a research trip as part of an investigation which we facilitated with Lima’s prestigious Pontifica Catholic University on the right to clean water in the region of Loreto. The cases documented in the investigation, focused on the communities of Vista Alegre in the Tigre River and Cuninico in the Maranon river, were presented to the Inter-American Commission on Human Rights during a hearing on May 7th 2018 with hopes to advance much-needed and overdue justice for Peru’s Amazonian indigenous peoples.

The right to water is a human right and as human beings we have the right to exercise it and to demand that the water we consume be treated, so that it is healthy to drink.

We embarked on an 18-hour trip from the town of Nauta to the indigenous community of Vista Alegre, which is located in the district of Intuto in the province of Loreto, with the aim of collecting information on water contamination and its consequences on the human right to water, in particular around the Tigre river.

During the tour of the Tigre River, I first observed the lack of birds that live on the banks of the river and feed on fish, such as the white heron, which can be seen in large numbers around the Marañón river. I couldn’t hear the songs of the howler monkey which I usually hear around the Putumayo river, which is where I come from. 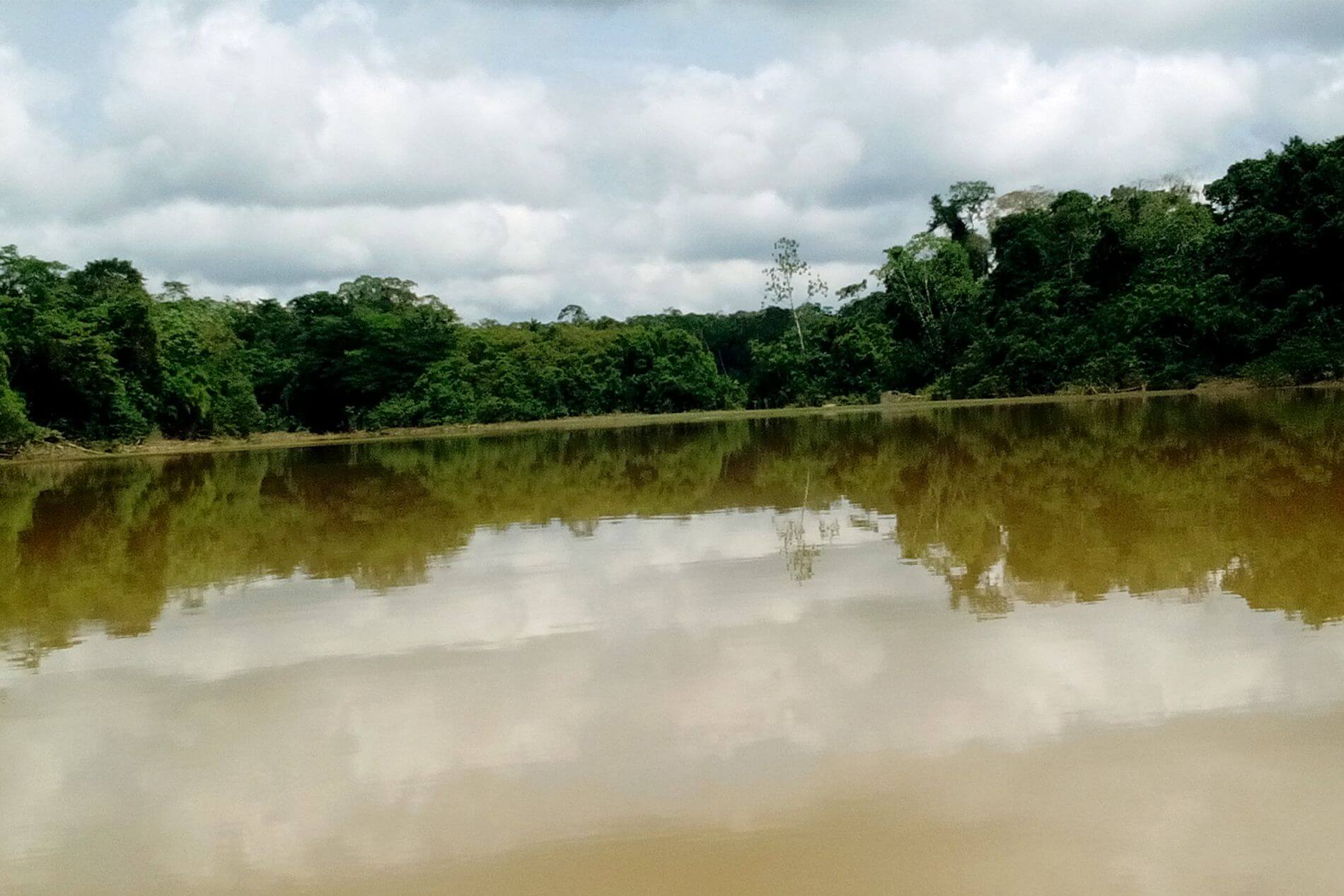 “During the tour of the Tigre River, I first observed the lack of birds that live on the banks of the river and feed on fish.”

When I arrived in the community I felt as I were arriving in my own community. All rural Amazonian populations have something in common, whether it’s the way of building their houses along the banks of the river or their hospitality, amongst other things. I felt calm, at home and drank the typical drinks offered to visitors, and ate the fresh fish of the river – a common way of life in the community.

When the research activities began, I was surprised to hear the reality of the community. In the interviews, people told us about the details of the environmental contamination caused by oil extraction, the direct consequences to health and the genocide carried out by the oil companies. 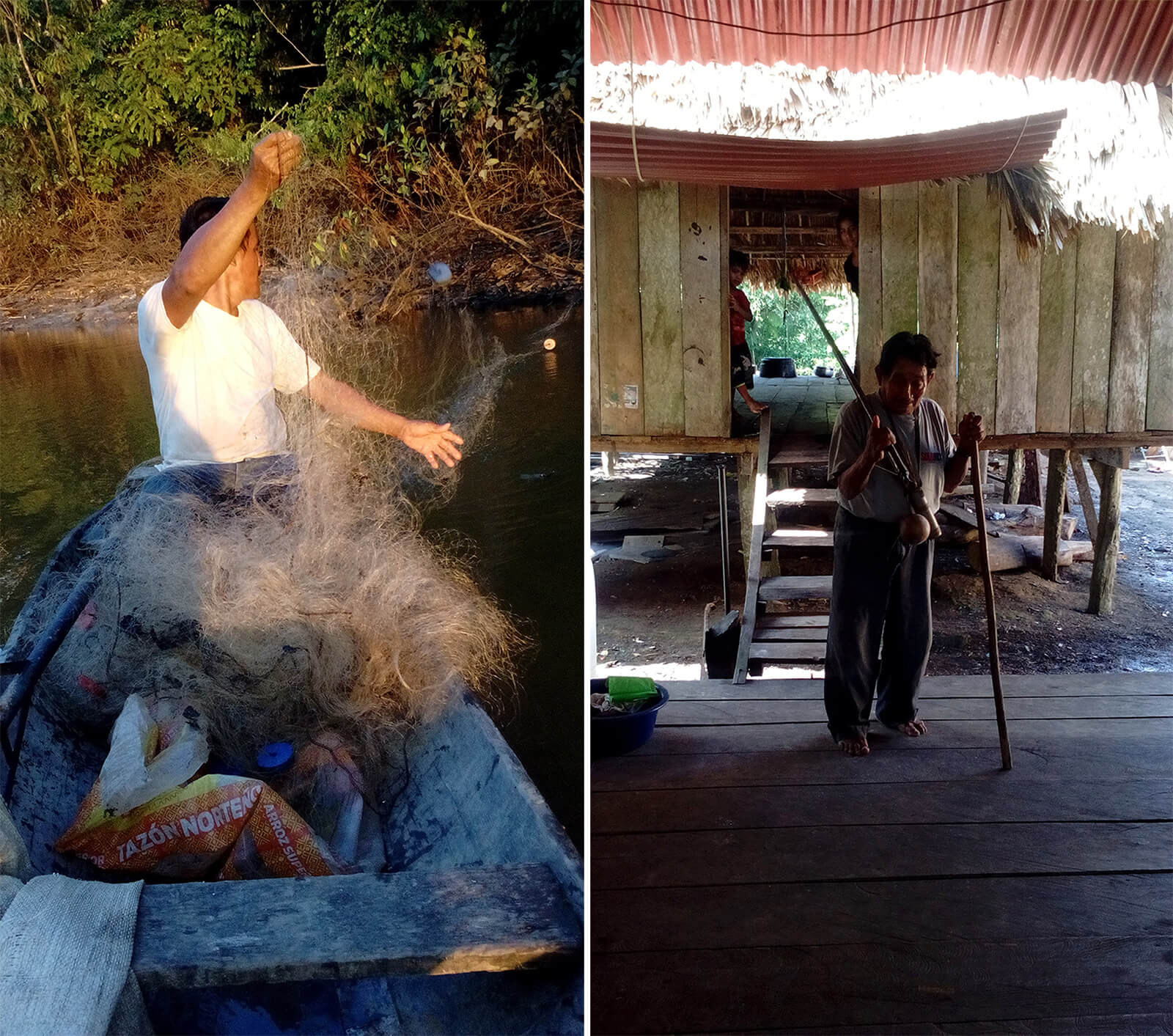 I listened to the story of Mr. Benjamín Cariajano, an elder 72-year old man. He told us about how life before the oil company arrived, and how the population of the community had a healthy life and consumed water from the river without getting sick. They lived happily, hunting, fishing in the river and their lakes, and they did not have health problems as they do now. With the arrival of the oil company Occidental Petroleum Corporation (OXY), oil exploitation and water pollution began in the Pastaza, Corrientes and Tigre rivers. In the community of San Juan de Bartra, which is located in the Montano stream (affluent to the Tigre) and which also passes through the Montano lake where, 29 oil wells were installed. 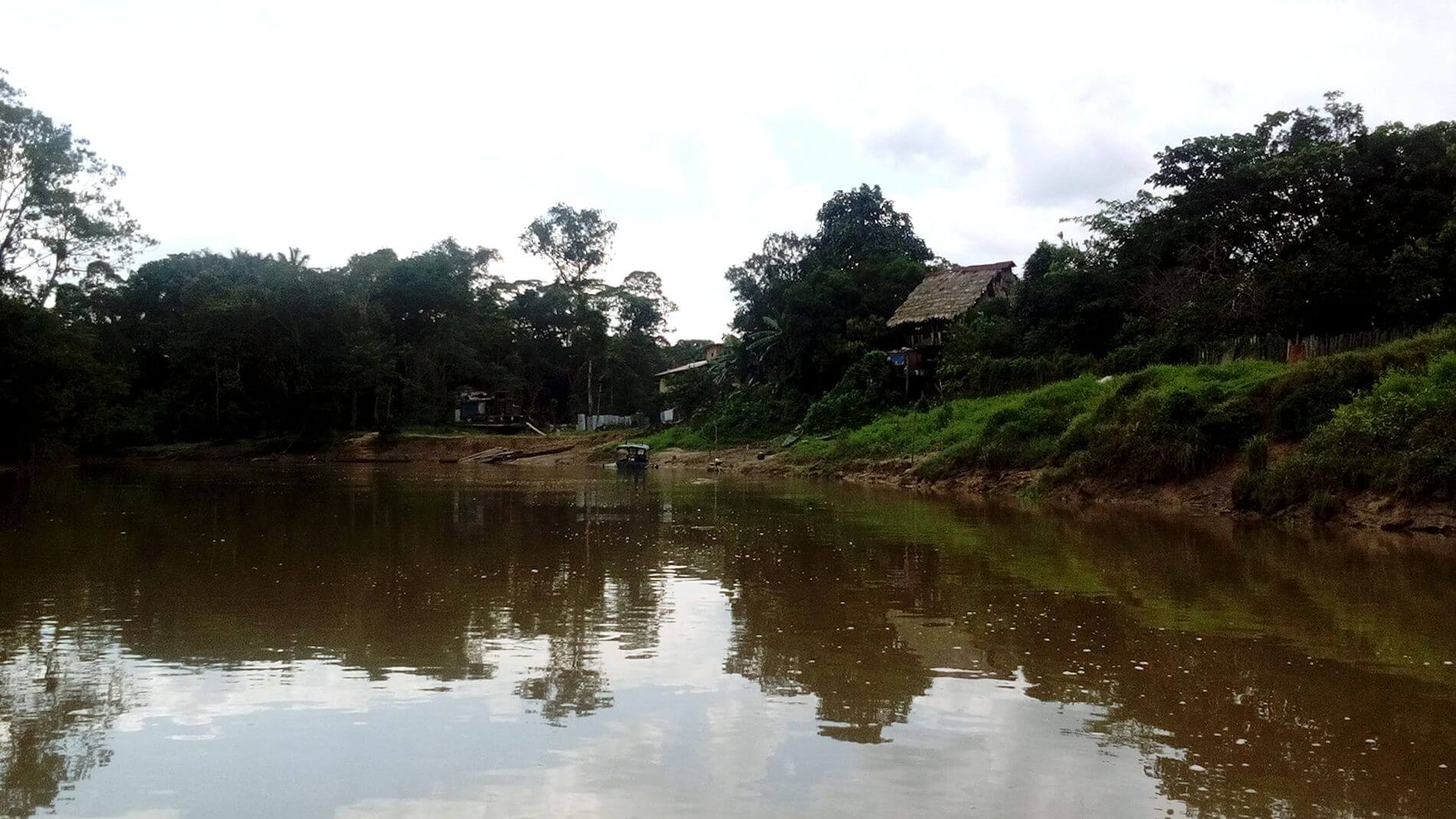 “With the arrival of the oil company OXI IN ANDOAS, oil exploitation and water pollution began in the Pastaza, Corrientes and Tigre rivers.”

Once the oil wells were installed along the Tigre river, the wastewaters and petroleum residues started to be deposited into the water and so the contamination began. With the rains, this pollution flowed from the Montana stream to the Tigre river. In between 1980 and 1982, pollution was at its peak as spills began in the oil blocks and reached the river, staining the surface of the water black. Fish and animal species began disappearing as they drank the contaminated water. The first to die were the fish and animals. The birds that feed on the fish and all the birds that live along the banks of the river died. Next, began the death of people and in between 1980 and 1982, twelve people from the community of Vista Alegre died. Among the twelve people were two of Mr. Benjamín’s children, ages 5 and 4. It was a great tragedy and many people also became sick, marked with spots on their faces.

“During these times, people did not know why they were dying, children bathed in water with oil and painted each other with oil.”

During these times, people did not know why they were dying, children bathed in water with oil and painted each other with oil. They didn’t know what it was. As the water and soil became contaminated, so started to appear diseases which people had never had before, and which they didn’t know how to heal. The shortage of food also began: people couldn’t find animals, there were no fish, and if there were, they were sick, thin and dying. The animals ran out. This situation was disastrous for the local population, said Benjamín. 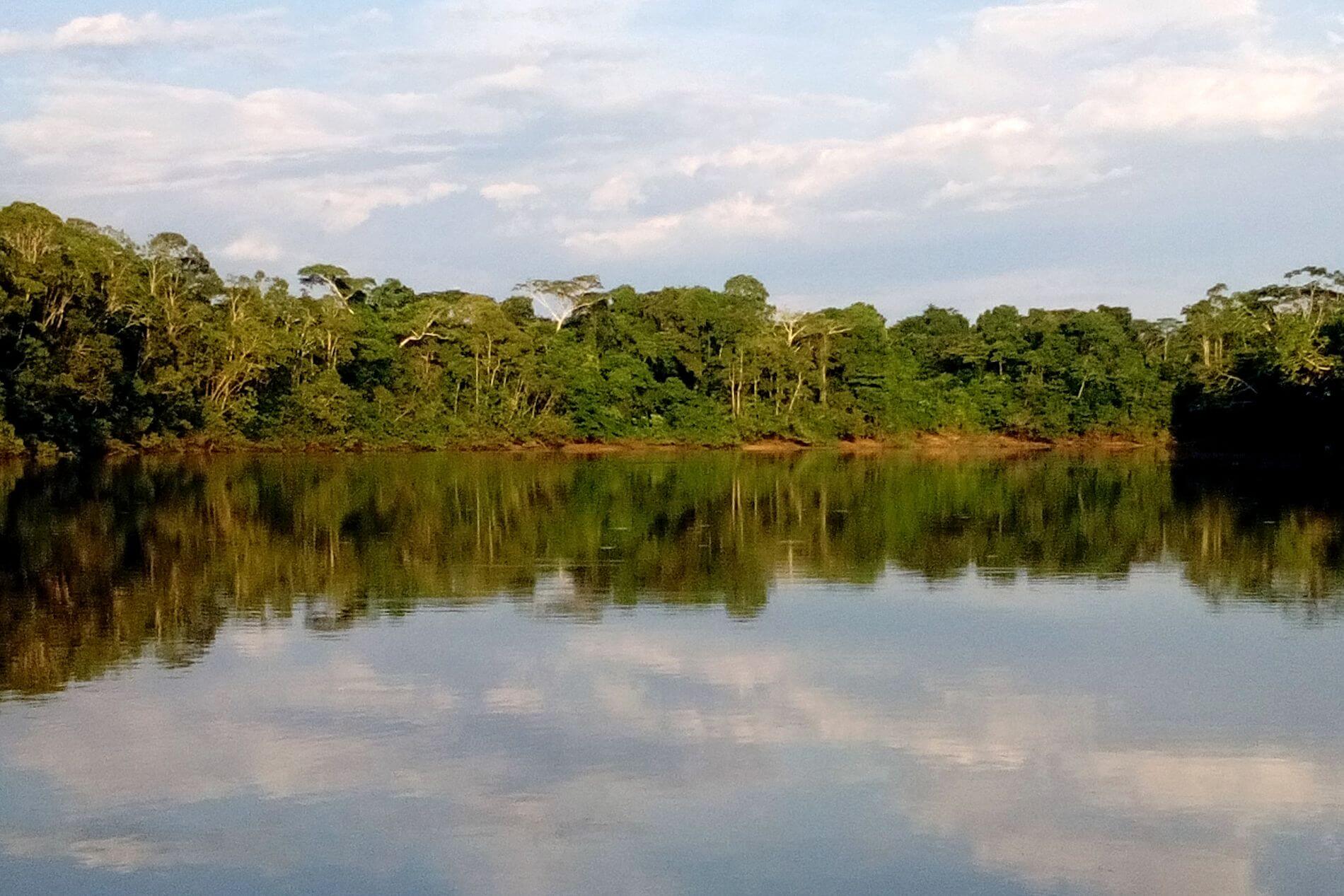 A woman called Arminda Sandi Tuitui informed us that there were no diseases such as malaria before. She told us that the state gave indigenous lands to the oil company with all its inhabitants, contaminated the rivers and abandoned them. They do not receive support from the local or national state. When they realized the water was contaminated, people looked for water in the most remote areas of the community, which had not been touched by the contamination. Currently the community needs help to fight diseases caused by the contamination of their water.

“As an indigenous Kichwa student from the Putumayo river, I observed the violations of the rights of indigenous populations.”

After listening to people’s testimonies during the interviews, I realized the situation this community has suffered, and it is one similar to the rubber boom. As an indigenous Kichwa student from the Putumayo river, I observed the violations of the rights of indigenous populations. The state has not fulfilled its obligations to provide the most basic services such as health and education, which are the fundamental basis for the development of a people.

With regards to health, this population is abandoned. Despite being an endemic area, there are none of the necessary supplies. The healthcare manager for the town said that there are 20 to 24 cases of malaria every three days, which is alarming. National and local authorities responsible for this area are not taking on their responsibilities, and the healthcare manager is not able to treat all patients. There is also a lack of adequate medications.

“The state has not fulfilled its obligations to provide the most basic services such as health and education, which are the fundamental basis for the development of a people.”

For education, there is only one building in the area, and it is in precarious condition. There aren’t enough teachers necessary for classes, nor the materials to develop the classes properly. During these plus-four decades of oil exploitation in the area, no one has become a professional nor accessed higher education level, told us Walter Fachin Sandi. 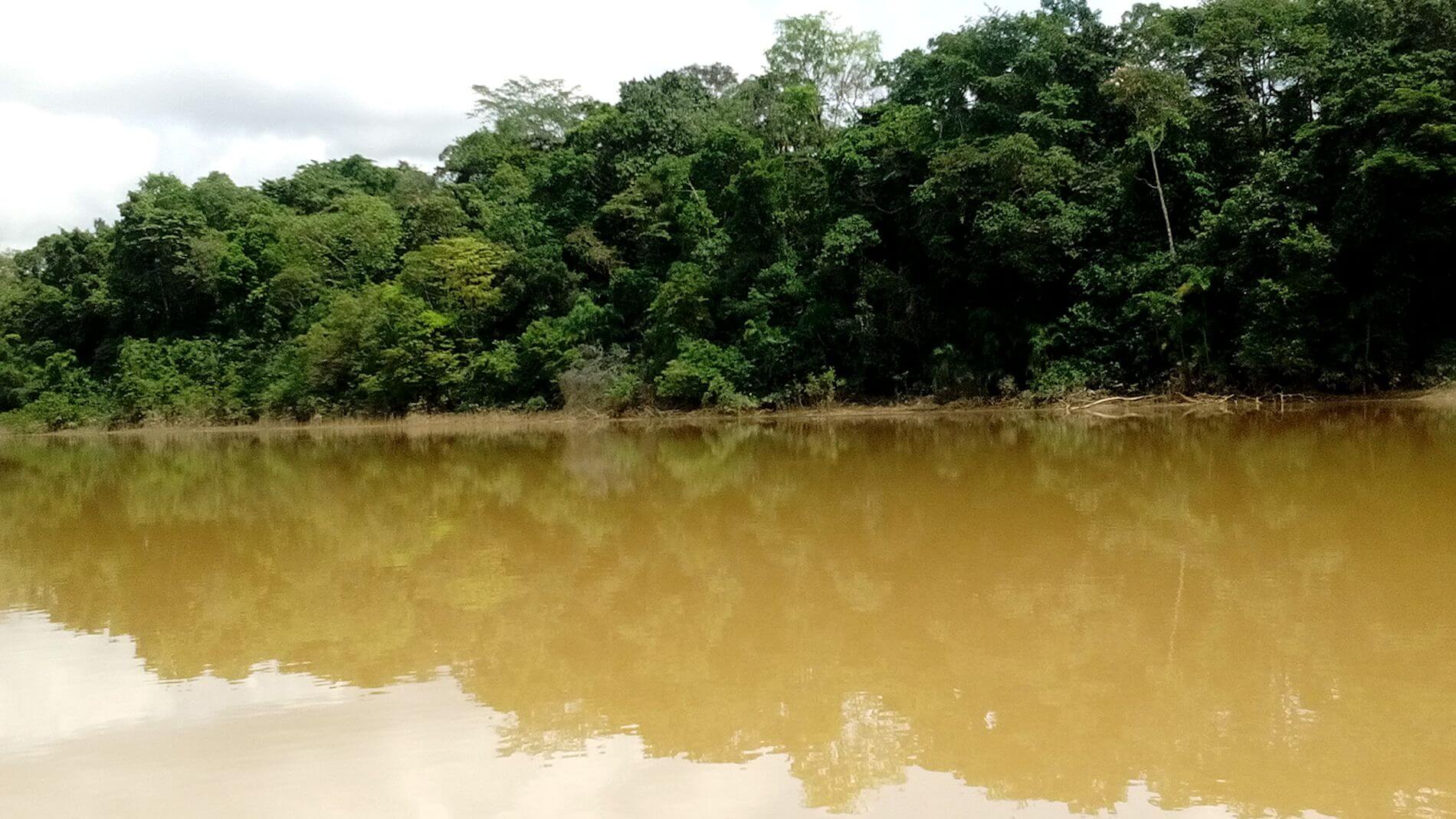 During this investigation on the right to water, I found violations of human rights of all sorts, and the state as a direct accomplice to these acts of vulnerability. Despite what this indigenous territory provides to the country’s economy, the state does not provide basic services. Despite this area’s great importance to the country’s economy, there is no development.

Consequently, the communities are helpless, abandoned and sick, exposed to die with epidemics. In this part of Peru, genocide is committed and Amazonian biodiversity is destroyed.

This article was originally published on chaikuni.org