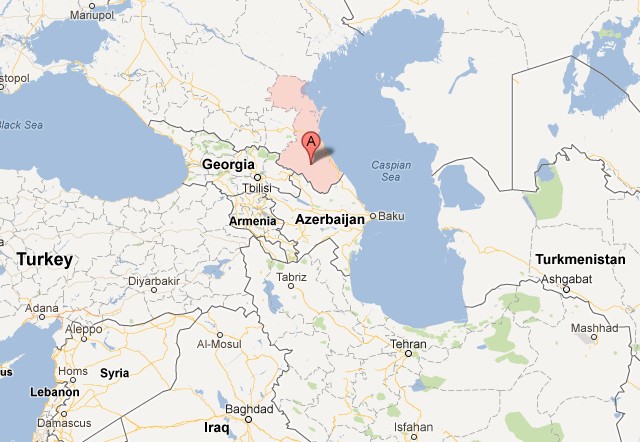 Hundreds of Kumyk protesters holding out for increased rights & autonomy

Hundreds of Kumyks are holding out in a peaceful protest camp in the volatile Russian republic of Dagestan, which is close to civil war.

In April, The Kumyk set up the protest camp just north of Makhachkala, the capital of Dagestan, to demonstrate their concerns of being neglected, discriminated against and driven from their territory. The camp is demanding more autonomy so they can preserve their language and culture.

According to the Society for Threatened Peoples (STP), the campaign has so far been ignored by the Russian government, the regional government of Dagestan, and the media.

On June 11 STP sent an appeal to both governments demanding they stop ignoring the protest. “There is still a chance to find a peaceful solution for the problems of the Kumyks, who are campaigning – nonviolently – for more autonomy and for the preservation of their language and culture. Please try to start a dialogue with them very soon,” says the letter. “Dagestan is already close to a civil war – so please do not let the protest of this ethnic group escalate too. Any additional conflict will seriously affect the civilian population.”

STP points out in a press release that, “Since May 2012, at least a dozen people got killed in attacks and bombings – for which Islamist terrorists are blamed. More than 20 people were reported missing in the Russian republic since the beginning of 2012. The police and military forces react with counter-terrorism operations, meaning indiscriminate violence, arrests, torture and also disappearances of innocent people. Terrorists and security forces are trying to undermine every political initiative to resolve the conflict.”

Ramazan Alpautow, an independent expert on inter-ethnic relations, further warns that the protest could be “radicalized”, something that could conceivably have a far-reaching impact on the entire Turkic Muslim Kumyk population.”The moderate activists in the camp are trying to keep young people away from the site – otherwise the movement would probably have been radicalized already” Alpautow, a Kumyk himself, states.

With a population of 431,700 people, the Kumyk are the third largest ethnic group in Dagestan. Unlike the larger Avars and Dargins, the Kumyk do not traditionally live in the republic’s mountainous regions, but rather in the lowland areas between the Caspian Sea and the foothills in southern Dagestan.

Dr. Ramazan Alpautov can be reached through facebook
He speaks English, German, Russian and Kumyk.