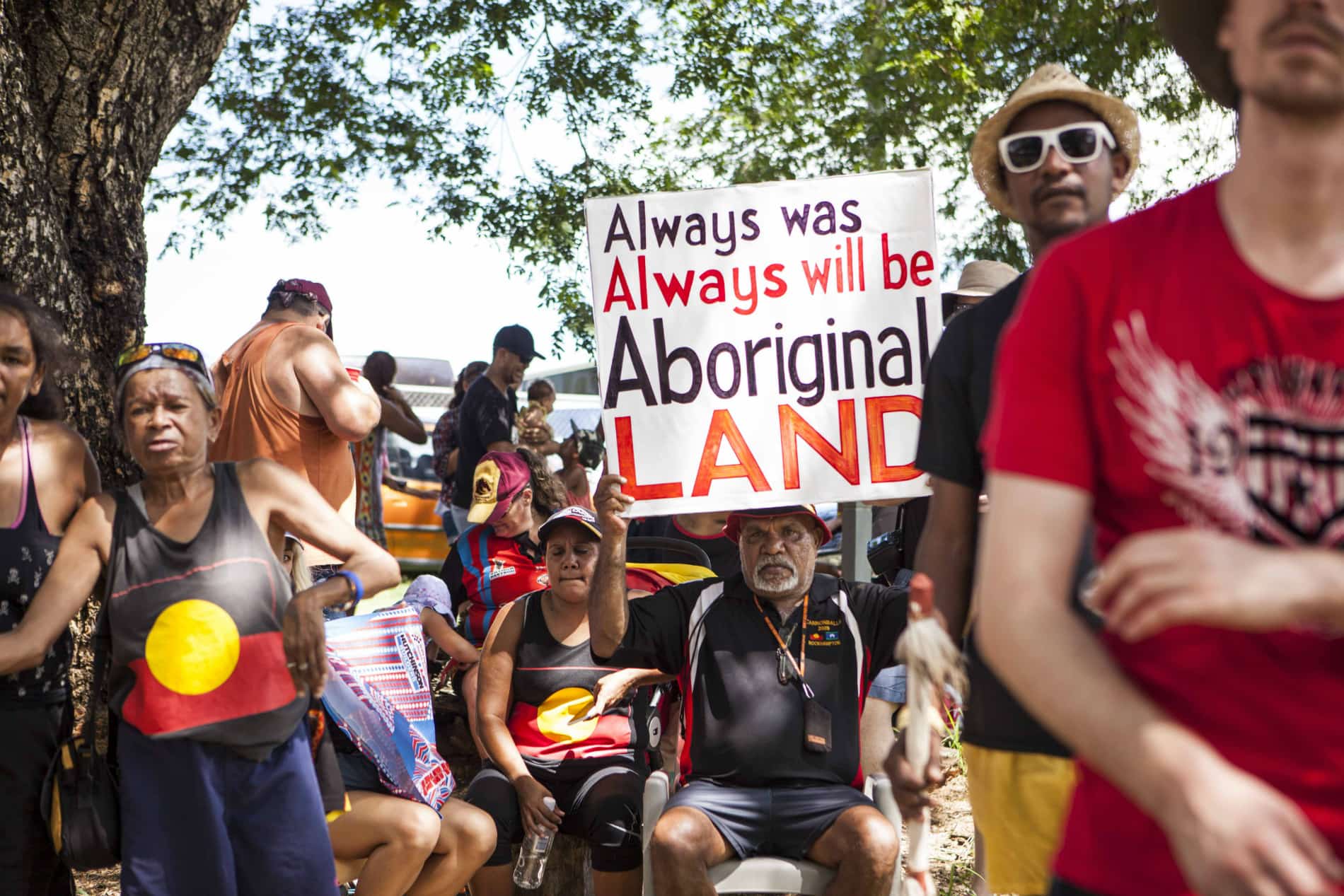 How will Indigenous Peoples be compensated for lost native title rights?

The High Court of Australia will soon decide
The Timber Creek claim is being seen as a test case for future Indigenous land rights compensation claims. Maleika Halpin/CrowdSpark
Support our journalism. Become a Patron!

On Sept. 3, the High Court of Australia began hearing the most significant case concerning Indigenous land rights since the Mabo and Wik native title cases in the 1990s.

For the first time, the High Court will consider how to approach the question of compensation for the loss of traditional land rights. The decision will have huge implications for Indigenous peoples who have lost their land rights and for the state and territory governments responsible for that loss.

For Queensland and Western Australia in particular, the outcome will likely provide clarity on the significant amounts of compensation they may be liable for in the future.

Western Australia, for example, has areas of determined native title that are collectively larger than the entire state of South Australia. Within those boundaries, there are a number of potential native title claims that could be compensable in the future.

In 2011, the state’s attorney-general, Christian Porter, reportedly described potential compensation claims as a “one billion dollar plus issue”.

The Mabo decision first recognized, and the Wik decision later clarified, how Australia’s common law acknowledges and protects the traditional land rights of Indigenous peoples. Following some uncertainty and political clamour caused by both of those decisions, the Native Title Act 1993 provided a legislative structure for the future recognition, protection and compensation of native title.

The act provides a right of compensation for the “impairment and extinguishment” of native title rights in a range of circumstances. However, it provides little guidance on what compensation means in practice. Parliament decided to leave the details to the courts.

Surprisingly, it was not until the end of 2016 that the first-ever compensation claim wound its way to the point of judicial determination – in the Timber Creek decision.

The High Court will sit in Darwin for the first time in its 118 year history, to hear the appeal in the Timber Creek compensation claim. This is one of the biggest test cases in Indigenous rights since Mabo. A big contingent of TOs is travelling is to Darwin for the hearing.

The case coming before the High Court today is an appeal following two earlier decisions by the Federal Court.

Mansfield awarded the Ngaliwurru and Nungali peoples AU$3.3m in August 2016 for various acts of the NT government going back to the 1980s. These acts included grants of land and public works affecting areas totalling 1.27 square kilometres near the remote township of Timber Creek.

Firstly, he worked out the value of the land rights in plain economic terms. He did this by looking to the freehold market value of the land, but discounting it by 20% to reflect the lower economic value of the native title. This is due to the fact its use is limited to rights under traditional law and custom, such hunting and conducting ceremonies, but does not include a right to lease the land, for example.

Secondly, he considered how to compensate for the loss of the non-economic aspects of native title, such as cultural and spiritual harm. This involved having to: “…quantify the essentially spiritual relationship which Aboriginal people … have with country and to translate the spiritual or religious hurt into compensation.”

Thirdly, he gave an award of interest to reflect the passage of time since the acts of the NT government occurred.

The decision was quickly appealed to the Full Court of the Federal Court, which corrected a few errors and reduced the award to just over AU$2.8m. But in broad terms, it approved the three-step approach Mansfield used to calculate the award.

Whether the High Court will follow the same path remains to be seen. A number of new parties, including various state governments, have now become involved in the proceedings, each with their own barrow to push.

The challenge of valuing native title

The challenge is that conventional methods for valuing land may not be suitable to reflect the unique nature of native title rights and the significance of those rights to Indigenous peoples. New principles, or adapted versions of old ones, may be needed.

For example, in most cases where a piece of land is resumed by a government for an infrastructure project or some other purpose, the principal measure of compensation is the market value of the land.

Whether the Federal Court has taken the right approach – or whether a new approach should be adopted – will be the subject of debate in the High Court.

The Ngaliwurru and Nungali people contend the correct approach would have seen them awarded roughly AU$4.6m. The NT government is arguing, however, that the amount should be no more than about AU$1.3m.

The politics of Timber Creek

Just as Mabo and Wik resulted in political furore, so, too, may Timber Creek.

One sore point is between the federal government and the states and territories over who will pay any compensation. Under both the Keating and Howard governments, the Commonwealth undertook to pay 75% of the compensation a state or territory may be required to pay in future claims (with some exceptions).

But in 2011, Porter tabled in the WA parliament a letter from Prime Minister Julia Gillard renouncing any Commonwealth obligation “for the cost of native title compensation settlements”.

Porter may now find himself on the opposite side of the table, having shifted from state supplicant to his new position as a Commonwealth purse holder.

Just how much political friction there will be will depend on the High Court’s approach to determining compensation and the potential cost if hundreds of other native title groups pursue compensation claims in the future.