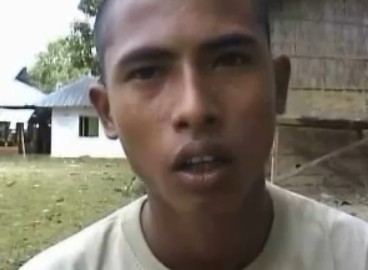 Hope and Terror in the land of the Jumma

An eerie calm has returned to the Chittagong Hill Tracts of Bangladesh, where, just two weeks ago , the military opened fire on the Indigenous Jumma People, killing 6 and injuring more than two dozen men, women and children.

Sadly, painfully, it is not the first time the peaceful Jumma were put through such wretched violence, as we are reminded by this powerful clip from the documentary film, “Terrified voices.”

Thousands of Jummas have been murdered, raped, arrested, crippled and arrested ever since Bangladesh emerged as a Nation state on December 16, 1971. Tens of thousands more have been displaced.

If only the government would respect the 1997 Chittagong Hill Tracts Peace Accord.