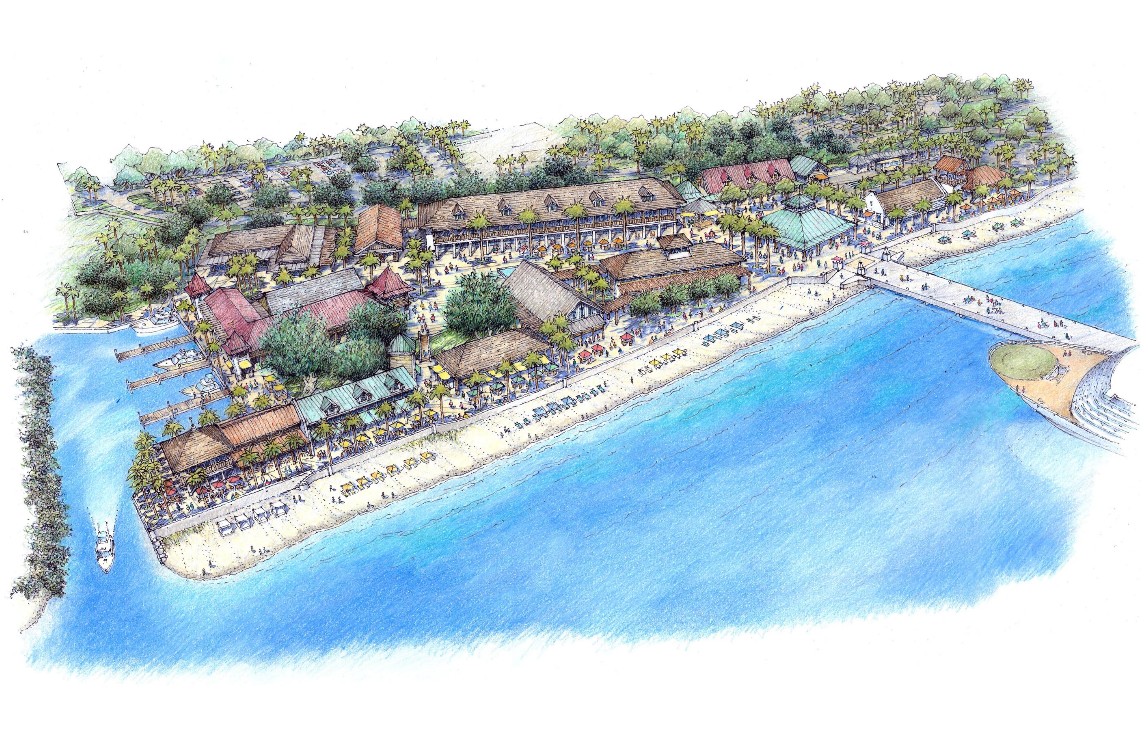 Leaders from two Garifuna communities are taking a Canadian citizen to court over several fraudulent land sales along the north coast of Honduras. The Garifuna say that Randy Roy Jorgensen, president of the Canadian pornographic video store chain Adults Only Video, is now in possession of several contracts that were obtained illegally.

Jorgensen, who wants to build several tourism projects in the area–including gated communities, an ocean-front commercial center and a cruise ship dock–insists that he’s done nothing wrong. That may very well be true; however, for the past twenty years, the Garifuna have held communal title to their ancestral lands. Communally-owned land cannot be lawfully purchased or appropriated in individualized plots.

In light of this fact, the Garifuna communities along with OFRANEH (the Fraternal Black Organization of Honduras) are asking the courts to nullify the contracts.

On Monday, December 13th, leaders from the communities of Cristales and Río Negro, part of the Municipality of Trujillo, accompanied by OFRANEH, presented a lawsuit to render null and void various fraudulent contracts for sales of community lands held by Canadian Randy Roy Jorgensen.

The majority of these transactions were carried out under pressure, offering derisible sums of money to victims in exchange for their homes in the neighbourhood known as Río Negro, where the Canadian intends to build a pier for Panamex cruise-ships under the name Banana Coast.

In addition to the fraud carried out against the inhabitants of Río Negro, adjacent lands belonging to the Garífuna community of Cristales, southwest of the City of Trujillo, have also been affected. These lands are known as “Campamento,” and were also subject to fraudulent land sales favouring Randy Jorgensen.

Presence of the Garífuna People in Trujillo Bay Garífuna people arrived to the island of Roatán, Honduras on April 12, 1797 following expulsion from the island of St. Vincent by the British, after having fought two consecutive wars in defense of the island, which was the last bastion of the Carib people (Kalinagu and Garinagu) in the Lesser Antilles.

The city of Trujillo was founded in 1524 and was later uninhabited between 1643 until shortly before the arrival of our people to Honduras.  In 1901, then president Manuel Bonilla granted to the “dark” people of the neighbourhoods of Cristales and Río Negro, on the perimeter of the city, five thousand hectares of land southwest of the lands of Cristales and two thousand hectares in the vicinity of the Guaimoreto Laguna.

In 1904 the US writer O’Henry spent some time in Trujillo, where he wrote his book Cabbages and Kings, which takes place in the fictitious port of Coralio, based on the real port city of Trujillo. In the novel, O’Henry coined the term “banana republic,” which he used to describe Honduras.

Jorgenson, in the midst of the political tragedy in Honduras in 2009, managed to quickly obtain environmental licenses to build in an area declared as a buffer zone for the Capiro and Calentura National Park (Parque Nacional Capiro y Calentura) and built villas on the  iron-bearing hillsides facing the Caribbean Sea.

From the Banana Coast to Charter Cities

The coup d’état has allowed a series of neoliberal laws to be passed  that are serving to reverse the scant progress gained over the last half century: the flexibilization of the labour market, the overprotection of foreign investment, and the most degrading form of neocolonialism:  Charter (or Model) Cities.

US economist Paul Romer, preaching his gospel of charter cities, led the Madagascan government, under the now-deposed Ravalomanana, into the abyss at the beginning of 2009, with the announcement that two charter cities would be established on this African island.  The Malagasy people revolted, resulting in the overthrow of Ravalomanana.  In Honduras the story has played out in reverse.  There was a coup d’état to support the neoliberal offensive, culminating in constitutional reform surrendering part of the national territory to foreign capital.

The shrewd Canadian businessman who, at one point, was reported in Honduras for pedophilia, has now, in the climate of powerlessness and lack of justice prevailing in the country, become one of the major promoters of the Charter City.  The Lobo administration is withholding the information on the planned location of the charter city, which will include Trujillo for certain, and it will apparently extend along the coast from the Bay of Trujillo to Río Sico, right where the haven of Garífuna culture is located.

The disappearance of the Río Negro community (Trujillo) and the expulsion of the Garífuna people from Honduras
The Canadians seem intent on driving our people out of Honduras, and we have the sad case of Trujillo Bay as an example, only this time it will be right along the coast.

When the Honduran Congress held a special session in the city of Gracias, Lempira, with the aim of passing the statute providing for REDs (Regiones Especiales para el Desarrollo – Special Development Regions, or Charter Cities), the Canadian senator Gerry St Germain was present, along with several potential investors from that country.

The ease with which Jorgenson achieved his objective in Río Negro – a community which has almost entirely disappeared – and the way in which the current administration has sold out to foreign capital, we can safely say are a consequence of the coup d’état as well as of the deterioration in the respect for human rights, an indicator of Honduran failed state.

Unfortunately, the history of our country is plagued with leaders and politicians who have made themselves rich at the expense of national sovereignty.  It so happens that it was exactly a century after the invasion of Honduras by Sam Zemurray and his sidekick Manuel Bonilla (January 1911) that the National Congress passed the legislation adopting Charter Cities (January 2011).

What You Can Do
Courtesy of Rights Action, here’s a short list of contacts to send letters of concern.