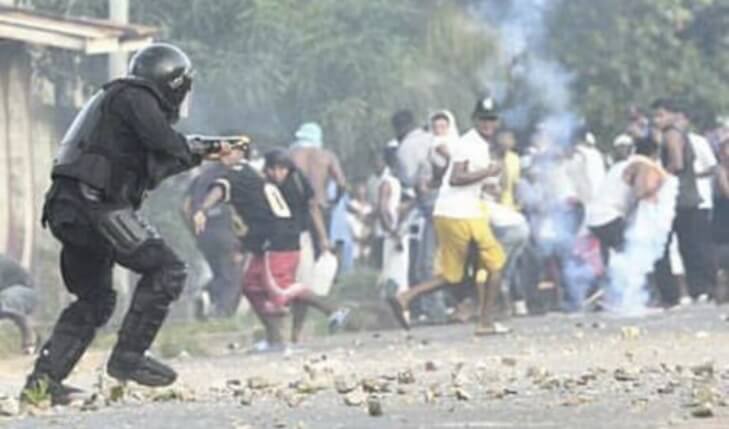 The Nicaraguan Sandinista (FSLN) government of Daniel Ortega and the indigenous Miskitu people are repeating their own history. Resembling the Cold War era of the 1980s, violence is playing out again along the Caribbean Coast. At least four indigenous Miskitu men are dead, several are missing, and many more have been taken as political prisoners and prisoners of conscience in the violent anti-indigenous riots that followed the municipal election in Bilwi-Puerto Cabezas on Sunday, Nov. 5.

A few hours after polls closed, officials from the indigenous political party Yatama, (Yapti Tasba Masraka Nanih Aslatakanka/Children of the Mother Earth) calculated having nearly 3,000 more votes than the opposition FSLN party. While Yatama officials awaited the arrival of ballot boxes from their loyal communities, the FSLN claimed victory and celebrated shortly after 10:00 PM. The following day, Yatama officials denounced the FSLN for lack of transparency in the election; they also claimed to have documented electoral fraud and voter suppression, through the manipulation of voter data, multiple voting by FSLN sympathizers (by using removable ink on their thumbs); and the purchasing of votes.

Yatama held a protest march on Monday afternoon but were confronted by Riot Police brought in from Managua, backed by Sandinista youth gangs. The Riot Police reportedly turned a blind eye to the gang’s destruction of property belonging to Yatama sympathizers, including costly vehicles. 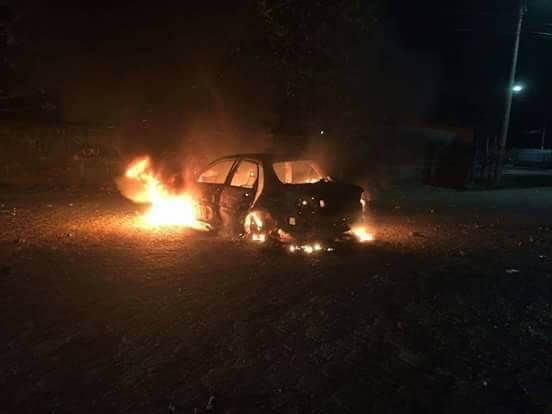 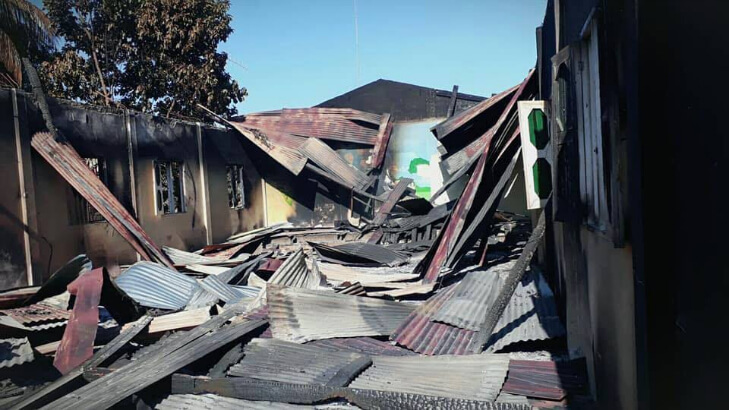 Rampant destruction across Bilwi (also known as Puerto Cabezas) included the YATAMA Indigenous party headquarters and both of their radio stations, leaving the Sandinista radio station as the only operating, on-air station in a region which relies on community radio as a prime source of information

The FSLN flag was then mounted high upon the surviving radio tower, replacing Yatama’s flag. 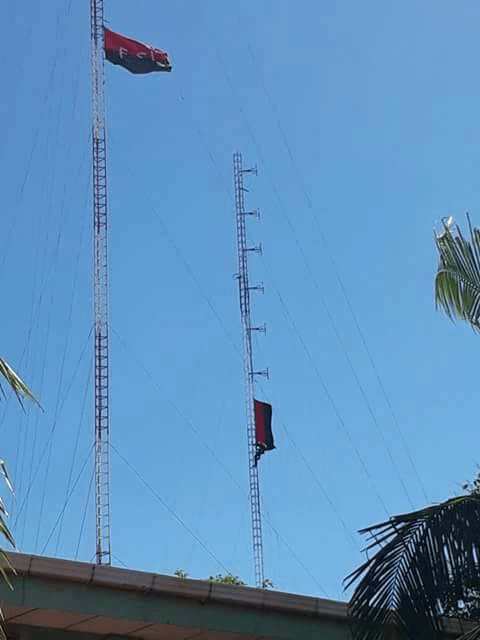 Raising of the FSLN flag

Perhaps most symbolically, the iconic statue of the Indian (“El Indio”) was demolished in Bilwi’s town center. The statue, erected decades ago, represented the indigenous struggle. Caribbean coastal residents lost a significant amount of their cultural patrimony in one volatile day. 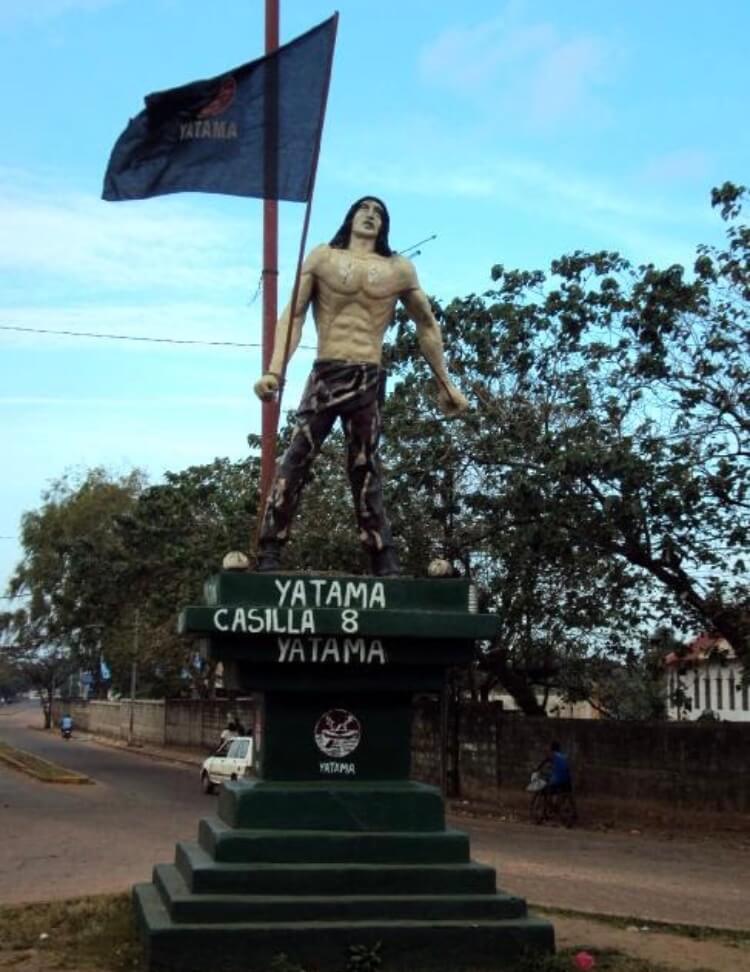 The iconic statue before it was destroyed 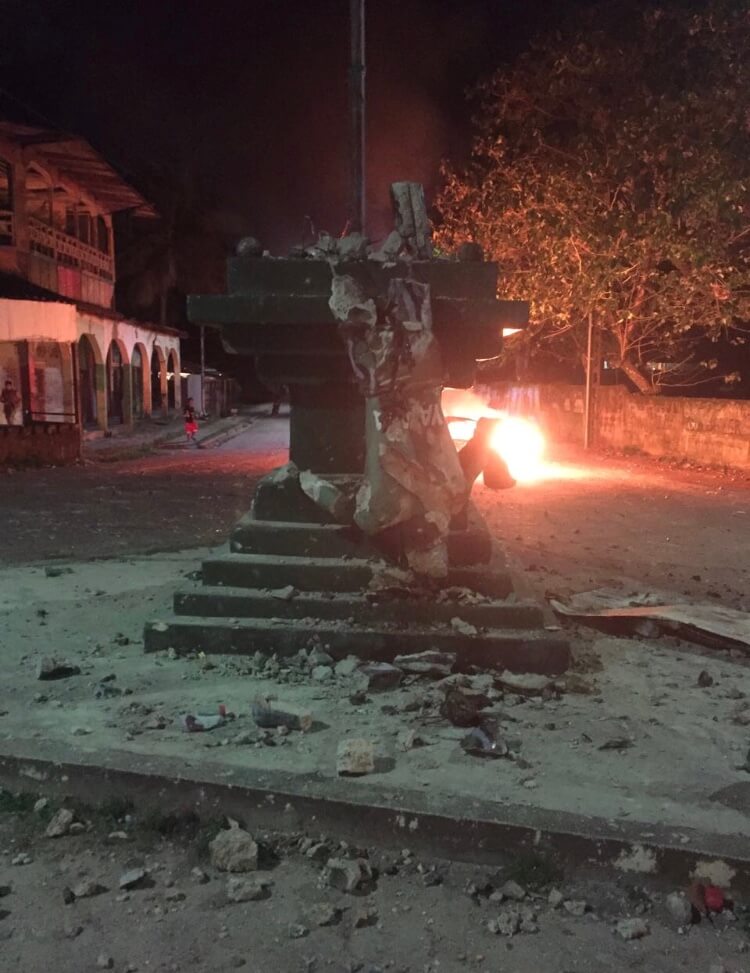 Local intellectuals claim this election and its aftermath symbolize the final conquest and domination of the Muskitia region, finishing off what Rigoberto Cabezas initiated in 1894, when he incorporated the Muskitia territory into Nicaragua and ousted the last Miskitu King, Robert Henry Clarence.  Today, in a similar way, the Sandinista state attempts to eliminate the long-term spiritual and political leader of the Miskitu people, Brooklyn Rivera, and the Yatama organization he founded almost 30 years ago to the day, on Nov. 11, 1987.

Para-military forces apprehended Rivera the afternoon of Monday, Nov. 6, but he escaped when Yatama youth fought his captors. Rivera and other top Yatama leaders (Reynaldo Francis, Bilwi’s 2017 Yatama mayoral candidate, and Elizabeth Henriquez) are now in hiding, threatened by arrest warrants and the burning of their houses by FSLN sympathizers. Their children also remain in hiding, along with many Yatama officials and their family members.

Since 2008, a new wave of colonization has occurred in the Nicaraguan Muskitia by mestizo agricultural and cattle-ranching colonists from the Pacific. Colonists cut down trees in ancestral, indigenous rainforest lands, illegally settle in the region, and vote Sandinista.

To date, in their fight with the colonists, 44 Miskitu men have been killed, 22 have been kidnapped, and dozens have been injured. These indigenous environmental activists are protecting their rainforest lands for the global good. The IACHR (Inter-American Commission on Human Rights) passed two resolutions in 2015 and 2016, urging the state to protect the Miskitu people, but the Nicaragua state has not complied.

Accused Sandinista aggressions since the Municipal Elections include: