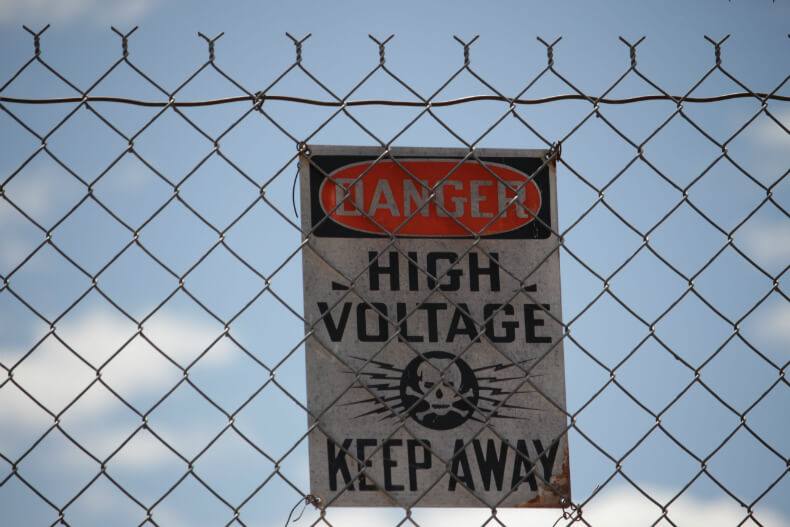 Help us send a message that the Grand Canyon has allies in the fight against uranium mining!

A humble warning at the Canyon mine. Photo: Garet Bleir
Support our journalism. Become a Patron!

A Canadian company, Energy Fuels Inc., is about to begin mining high-grade uranium ore just 5 miles from the South Rim of the Grand Canyon.

If the project goes ahead, the Colorado River could be exposed to dangerous levels of radiation, threatening the water supply for 40 million people downstream, including residents of Los Angeles and Las Vegas.

Don’t like the sound of that? Head over to Thunderclap now to raise your voice!

The Canyon Mine, which pre-dates a 2012 ban on uranium mining near the Canyon’s rim, would annually extract 109,500 tons of ore for use in US nuclear reactors. Post-extraction, 750 tonnes of radioactive ore would be transported daily from the Canyon Mine to the White Mesa Mill uranium processing facility in Utah, traversing Arizona in unmarked flatbed trucks covered only with tarpaulins. 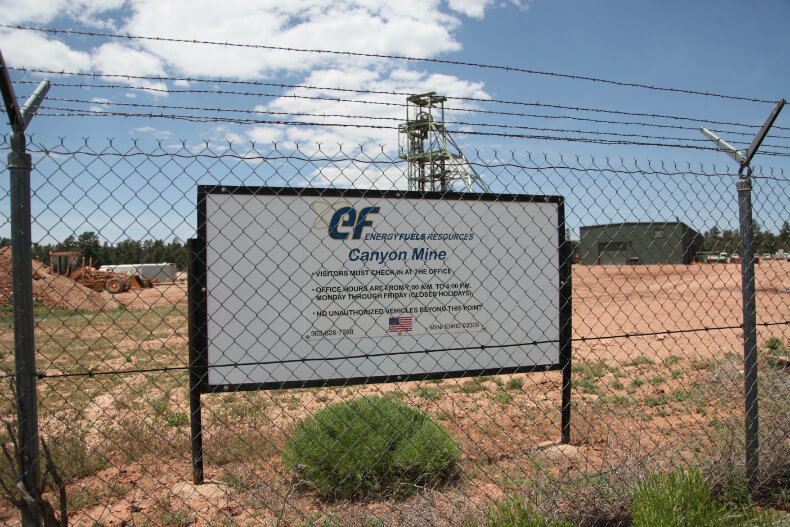 The Canyon mine, located 5 miles from the South Rim of the Grand Canyon. Photo: Garet Bleir

The toxic material would pass through several towns, Navajo communities and the city of Flagstaff en route to the processing facility, which is only three miles from the White Mountain Ute tribal community.

From extraction to transport and processing, every stage of the uranium project could expose this iconic landscape, its watershed and inhabitants to high levels of radiation.

There’s more. With President Trump’s recent cuts to the EPA, and the Koch Brothers’ campaign to remove the uranium mining ban, the entire Grand Canyon region faces an unprecedented threat.

The good news is that an indigenous-led movement is emerging to fight this threat.

The Havasupai Nation, whose only water source is threatened by the Canyon Mine, has teamed up with several environmental organizations to ask federal judges to intervene before the mine causes any harm.

Meanwhile, members of the Navajo Nation are working to establish a ban on the transport of uranium ore through their reservation and the White Mesa Ute are leading protests against the processing facility.

The Navajo Nation has already been devastated by 523 abandoned uranium mines and 22 wells that have been closed by the EPA due to high levels of radioactive pollution. According to the EPA, “Approximately 30 percent of the Navajo population does not have access to a public drinking water system and may be using unregulated water sources with uranium contamination.” A disproportionate number of the 54,000 Navajo living on the reservation now suffer from organ failure, kidney disease, loss of lung function, and cancer.

The Canyon mine could have a similar impact on the Havasupai Nation and millions of Americans who depend on water from the Colorado River.

IC is currently at the Grand Canyon covering this breaking story and we need your help to stay there! 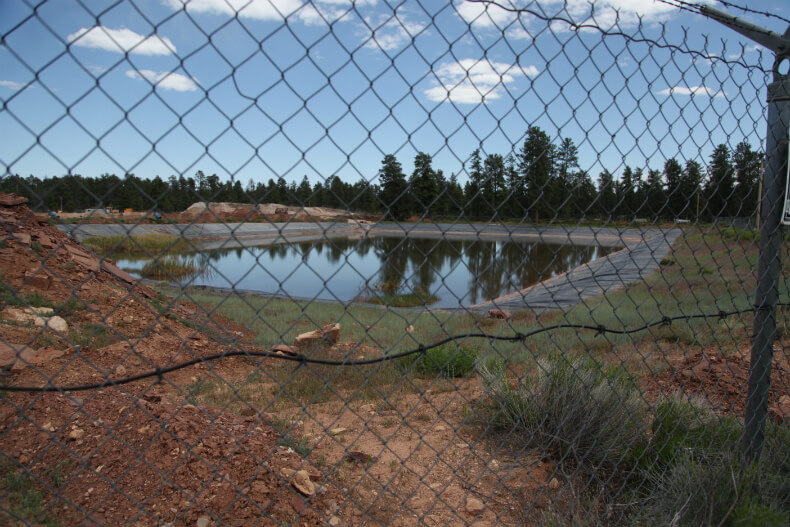 IC will be onsite for the next four weeks, investigating the risks and impacts of the Canyon Mine and bringing you exclusive updates from the emerging resistance movement.

We will look at the history of the Energy Fuels processing mill and cover the outcome of the Havasupai lawsuit. We will collect expert testimony, conduct interviews with key players and introduce you to some of the people affected by uranium mining.

To build momentum for this fundraising campaign, we need 100 people to join us on Thunderclap and help us send a message that the Grand Canyon has allies!

Head over to Thunderclap now to pledge your support!