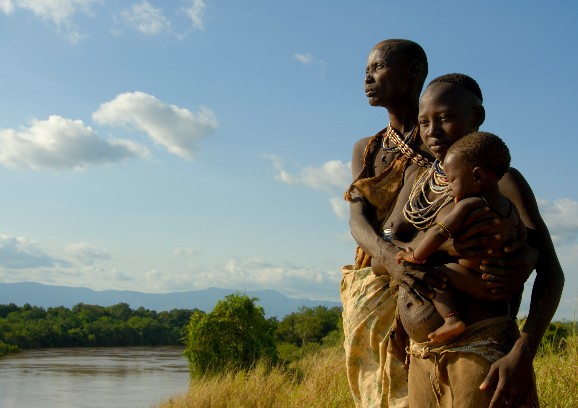 The Gibe 3 Hydro Dam threatens to destroy the livelihoods of 500,000 Indigenous People.

A group of international NGOs have launched a campaign to stop a disaster-in-the-making: the Gibe 3 Hydro Dam on Ethiopia’s Omo River.

The “fatally flawed” project threatens to destroy the food security and economies of roughly 500,000 Indigenous People in Southern Ethiopia and Northern Kenya; and devastate the delicate ecosystems of the Lower Omo Valley and Lake Turkana, which are both recognized as UNESCO World Heritage Sites.

Since construction of the dam began in 2006, the Ethiopian government has aggressively clamped down on anyone speaking out against the project. Nevertheless, people are speaking out, because of the massive impacts of the dam and the fact that its construction violates Ethiopia’s Constitution, the UN Declaration on the Rights of Indigenous Peoples and the Convention on Biological Diversity.

For more information about the Gibe 3 dam and to take part in the campaign, visit http://www.stopgibe3.org

International NGOs are calling for the halt of the destructive Gibe 3 Dam on Ethiopia’s Omo River. The dam threatens the land and livelihoods of 500,000 tribal people in Southern Ethiopia and Northern Kenya. By ending the river’s natural flood cycle, it would destroy harvests and grazing lands along the river banks and fisheries in Lake Turkana, the world’s largest desert lake. The dam will devastate the unique culture and ecosystems of the Lower Omo Valley and Lake Turkana, both recognized as UNESCO World Heritage Sites.

The dam violates Ethiopia’s constitution, international conventions, the environmental safeguard policies of international financial institutions and the strategic priorities of the independent World Commission on Dams. Most of the affected people know very little about the project. The Ethiopian government is harshly clamping down on dissent, and affected people are not able to express their views or get independent information about the project.

Construction began in 2006, but the Ethiopian Government needs more than $1.4 billion to finish it. In spite of serious impacts and violations, the African Development Bank, the European Investment Bank, the World Bank, the Italian and the Kenyan governments are currently considering funding the project.

“Gibe 3 is the most destructive dam under construction in Africa. The project will condemn half a million of the region’s most vulnerable people to hunger and conflict,” said Terri Hathaway, director of International Rivers’ Africa Program.

The Counter Balance coalition, the Campaign for the Reform of the World Bank, Friends of Lake Turkana, International Rivers and Survival International ask the global community to join the campaign to stop the destructive Gibe 3 Dam. They have today launched an online petition which calls on the Ethiopian government to halt construction. The petition also asks development banks and governments not to provide any funding for the project.

“This dam is a man-made disaster and violates national and international legislation. This should not be financed with development aid. International Financial Institutions and development agencies must withdraw immediately from the operation” said Caterina Amicucci, of the Italian group CRBM and a member of Counter Balance.

International Rivers, CRBM, Friends of the Lake Turkana and Counter Balance coalition call on international civil society and concerned citizens around the world to add a voice and sign the petition at www.stopgibe3.org

“While efforts are being made both locally and internationally to end conflict within the region, it is a pity that development banks would even consider undertaking a project that would shutter all efforts that have been made to bring these communities together. They have created a sense of suspicion which is going to not only end the communication and sense of partnerships among these pastoralist communities but create a regional war. Where is the development in that?” concluded Ikal Angelei from Friends of the Lake Turkana.