Groups Denouce ExxonMobil in the Philippines 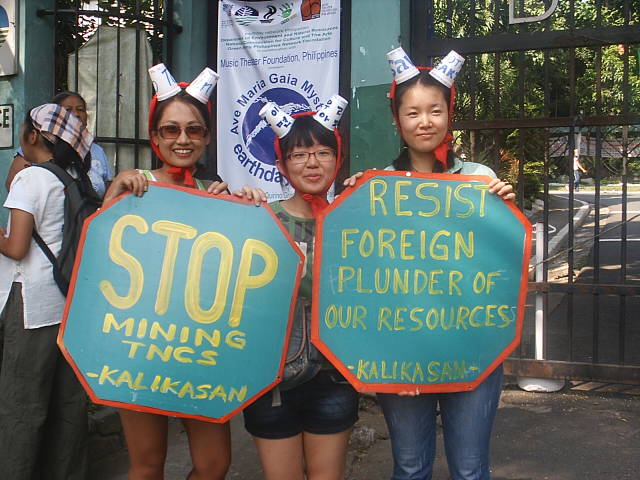 Kalikasan People’s Network for the Environment (Kalikasan PNE) has denounced the Arroyo government for permitting oil and gas exploration activities by ExxonMobil in the Philippines.

“ExxonMobil has a notorious environmental record, yet it was given permission to exploit vast tracts of our territory for its own end,” states Clemente Bautista Jr., the national coordinator of Kalikasan PNE.

“The exploration activities of ExxonMobil and of other foreign companies will most likely damage the fragile marine ecosystem in the Sandakan Basin. This includes Tubbatha Reef, one of the leading nominees for the Seven Wonders of the World. Millions of fisher folks who depend on Sulu Sea for their food and livelihood will also be affected,” adds Bautista.

The Sulu Sea Basin is one of several areas that the Arroyo government opened for oil and gas exploration. The basin is estimated to hold about about 203 million barrels of oil.

ExxonMobil, in partnership with Malaysian exploration group Mitra Energy Ltd., was given a contract by the government to enter the deepwater region of the Sandakan Basin, which covers an 8,500 hectare region in the Sulu Sea.

Aside from this contract, there are six others currently in the works.

“There is nothing wrong in the exploration and development of our energy resources, if it is to benefit majority of the Filipinos and our economy. However, based on the current energy framework of the Arroyo government, foreign companies are allowed to own and control these resources for their own profit and interest,” says Dr. Giovanni Tapang, chairperson of AGHAM, Advocates for Science and Technology for the People.

“The policies of Arroyo government of privatizing our energy resources run counter to the interest of our people. It is basically a sell-out of our national patrimony.”