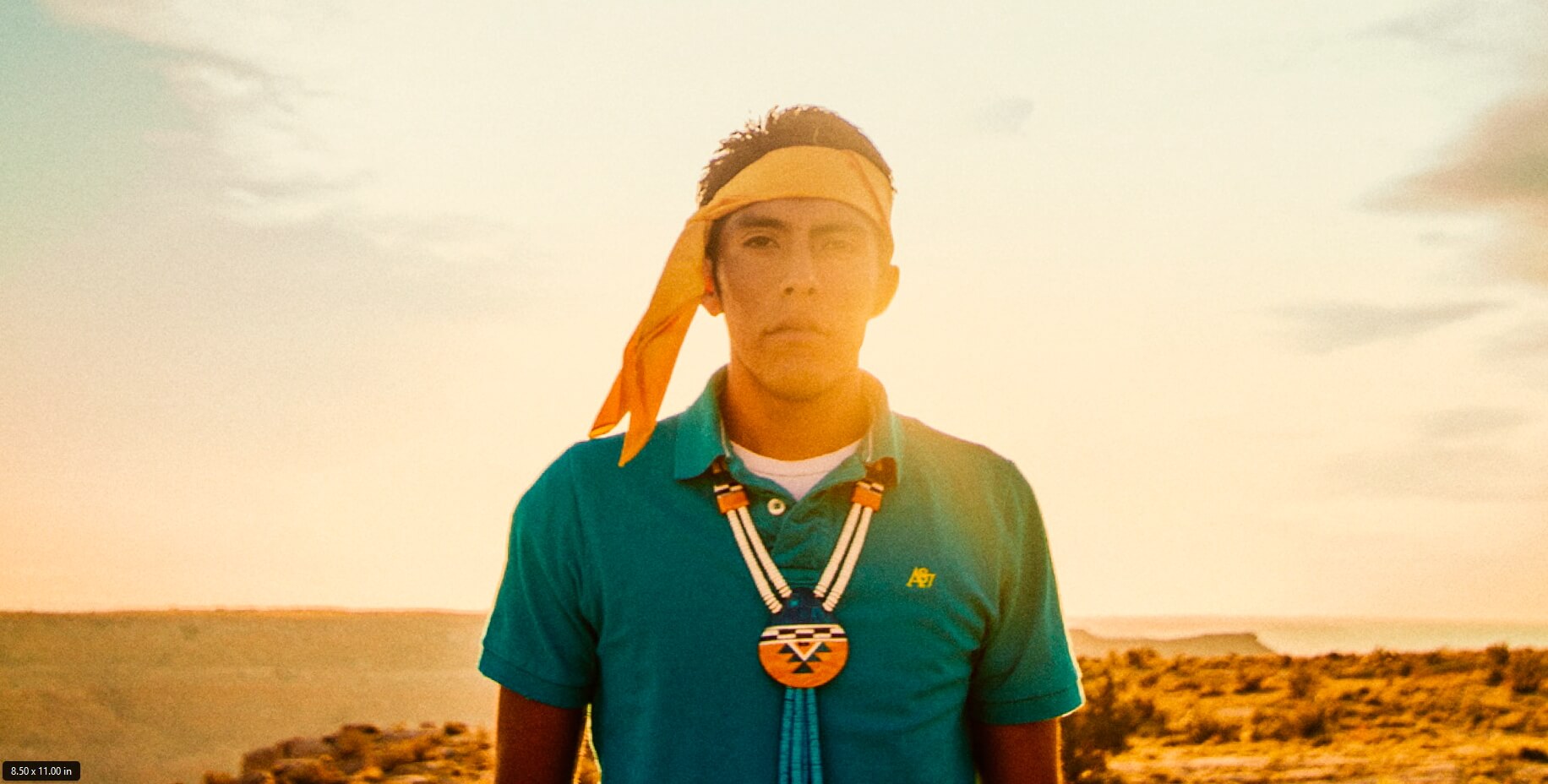 LONGMONT, Colorado – First Nations Development Institute (First Nations) and Echo Hawk Consulting (EHC) today released groundbreaking research about attitudes toward and perceptions of Native Americans as part of a jointly-managed effort called Reclaiming Native Truth: A Project to Dispel America’s Myths and Misconceptions. The project also released two messaging guides based on the research findings and a narrative-change strategy framework that will be used to begin to change the false and misleading narratives about Native peoples.

The project seeks to create a long-term, Native-led movement that positively transforms popular narratives and images of Native Americans. A two-year phase, launched in 2016, created a solid foundation of unprecedented public opinion research and data, building upon previous research efforts. It was funded by a $2.5 million grant from the W.K. Kellogg Foundation and significant financial contributions from numerous other entities and individuals.

“Some incredible findings were unearthed through this research – many of which had long been experienced and assumed but not proven,” said Michael E. Roberts (Tlingit), President & CEO of First Nations. “The findings clearly validate the realities that so many Native people face in their day-to-day interactions in communities. They provide our project, and the larger movement, with a strong foundation upon which to move forward.” Crystal Echo Hawk (Pawnee), President & CEO of Echo Hawk Consulting, shared, “This research informed how we could create a new narrative that would be effective in changing misperceptions. We formulated a new narrative, created by renowned Native American artists and storytellers,  that proved to change people’s understanding of Native people and issues.  We are excited to take this new narrative and our research findings and transition into a new phase of this project, harnessing the power of a movement of movements.”

Highlights from the publicly available findings include:

*Discrimination: Most Americans surveyed significantly understate the degree of discrimination against Native Americans. Only 34 percent of Americans believe that Native people face discrimination. At the same time, myths about the abundance of Indian gaming and free government benefits to Native Americans are widely held and fuel bias across diverse demographics and within institutions.
*Narratives: The research found that people have limited personal experience with Native Americans but accept pervasive negative narratives that are erroneously set or reinforced by others, and that proximity shapes some perceptions. For instance, people who live near or work in Indian Country, especially in areas of great poverty, are likely to hold significant bias. Only 56% of survey respondents living in close proximity to Native communities believed the U.S. should do more to help Native Americans compared to 64% of respondents further removed.
*Invisibility: Unsurprisingly, another key finding was that Native Americans are assigned to a romanticized past. However, one of the biggest barriers identified was the invisibility and erasure of Native Americans in all aspects of modern U.S. society. Respondents, including members of Congress and administrative officials, agree that invisibility, stereotypes and narratives set by others do impact policy.
*Desire for Complete History: One of the key opportunities uncovered is that, across the research, people are well aware of the inaccurate historical lessons they have learned about Native Americans, and want more accurate education about both historical and contemporary Natives. This was reflected in national polling that indicated that 72 percent believe it is necessary to make significant changes to school curricula on Native American history and culture.

Narratives are broadly accepted, overarching stories that reinforce ideas, norms and expectations in society. Repeated over and over, through diverse platforms and channels, a narrative becomes the story people accept without question. Often a narrative reinforces the status quo and perpetuates unfair systems, structures and norms. The Reclaiming Native Truth project worked to identify and test a new accurate narrative that can support cultural shifts to advance social and policy change to support racial equity and justice for Native Americans and tribal nations.

*78% – Most Americans are generally open to hearing this narrative. A majority in this survey say they are interested in learning more about Native American cultures. Strong majorities support Native American positions on most issues — mascots excepted — without hearing the narratives.
*81% – The public reacts strongly to our narrative.
*88% – Nearly nine in 10 respondents find it credible.

One of the most significant outcomes of the project related to developing and testing a new strength-based narrative that incorporated messaging related to values, history and the visibility of Native peoples. The narrative was tested through an online survey conducted between April 27 and May 1, 2018, with 2,000 Americans over age 18. Majorities of Americans support the new narrative and find it credible. A 65 percent majority say they would be willing — 31 percent very willing — to share these ideas with others. More issue-specific narrative messages written around key issues — mascots, the Indian Child Welfare Act, tribal sovereignty and pop culture depictions of Native Americans — find similar validation.

“We are encouraged by the findings of the research and narrative message testing in this first phase,” said Vicky Stott, Program Officer at the W.K. Kellogg Foundation. “As a philanthropic partner to the project, we are committed to telling more authentic and complete stories about who we are as interconnected people living in America. This work has the potential to transform the way we understand and relate to one another and, ultimately, co-create a new story about our shared humanity.”

The next phase of work will focus on bringing the power of many movements — of organizations, tribes, grassroots leaders, non-Native allies, foundations — each of whom can adopt, adapt and disseminate the new shared narrative as part of their ongoing efforts and work, while leading implementation of their own priority strategies. An introduction to the narrative and messaging strategies are available as part of the Reclaiming Native Truth messaging guides at www.ReclaimingNativeTruth.com. The detailed research report and the Narrative-Change Strategy are also available online.

Potential allies, supporters and others can participate in the movement of movements. The network will contain a support and infrastructure function that will be determined jointly by core organizations working collaboratively on the initiative.  There will be many ways for allies to do their their part to shift the narrative, remove bias and barriers, and achieve the collective vision for the change that is sought: that Native peoples collectively author and powerfully lead a more equitable reality where they fully benefit from and contribute to both Native and American society. Interested partners are encouraged to download the messaging guides from www.ReclaimingNativeTruth.com.

“The project provided us the critical opportunity to begin to assemble an incredible team of not only researchers, but other experts and thought leaders across Indian Country, and both Native and non-Native allies and professionals in the media, the arts, entertainment, politics and education, as well as others who have worked on successful racial narrative change projects,” noted Echo Hawk. “We have the new research foundation built, a cadre of willing and able experts at the ready, and we have the desire and ability to move this project into the next phases where we can begin to shift the narrative.”

Roberts shared, “We have also sought and received input and feedback at every step in the project, from more than 180 stakeholders, including an incredible swath of Indian Country that came together in a new and different way to support these efforts. Their voices are reflected in this project and we are all committed to work together going forward. Native Americans and tribes have faced discrimination and bias at every level of society, institutionally, and within government. They have been held back from reaching their full potential by the negative stereotypes, damaging misperceptions and lack of awareness that prevail within education, the media, entertainment, popular culture, and among thought leaders. Changing that begins now.”

About Echo Hawk Consulting
The mission of Echo Hawk Consulting is to help create new platforms, narratives, strategies and investment that can help catalyze transformational change for and by Native Americans. It partners with Native American, philanthropic and diverse multi-sector partners to move hearts and minds and drive institutional, policy and culture change. Founder Crystal Echo Hawk was recently recognized by the National Center for American Indian Economic Development as its 2018 “Native American Woman Business Owner of the Year.” For more information, visit www.echohawkconsulting.com.