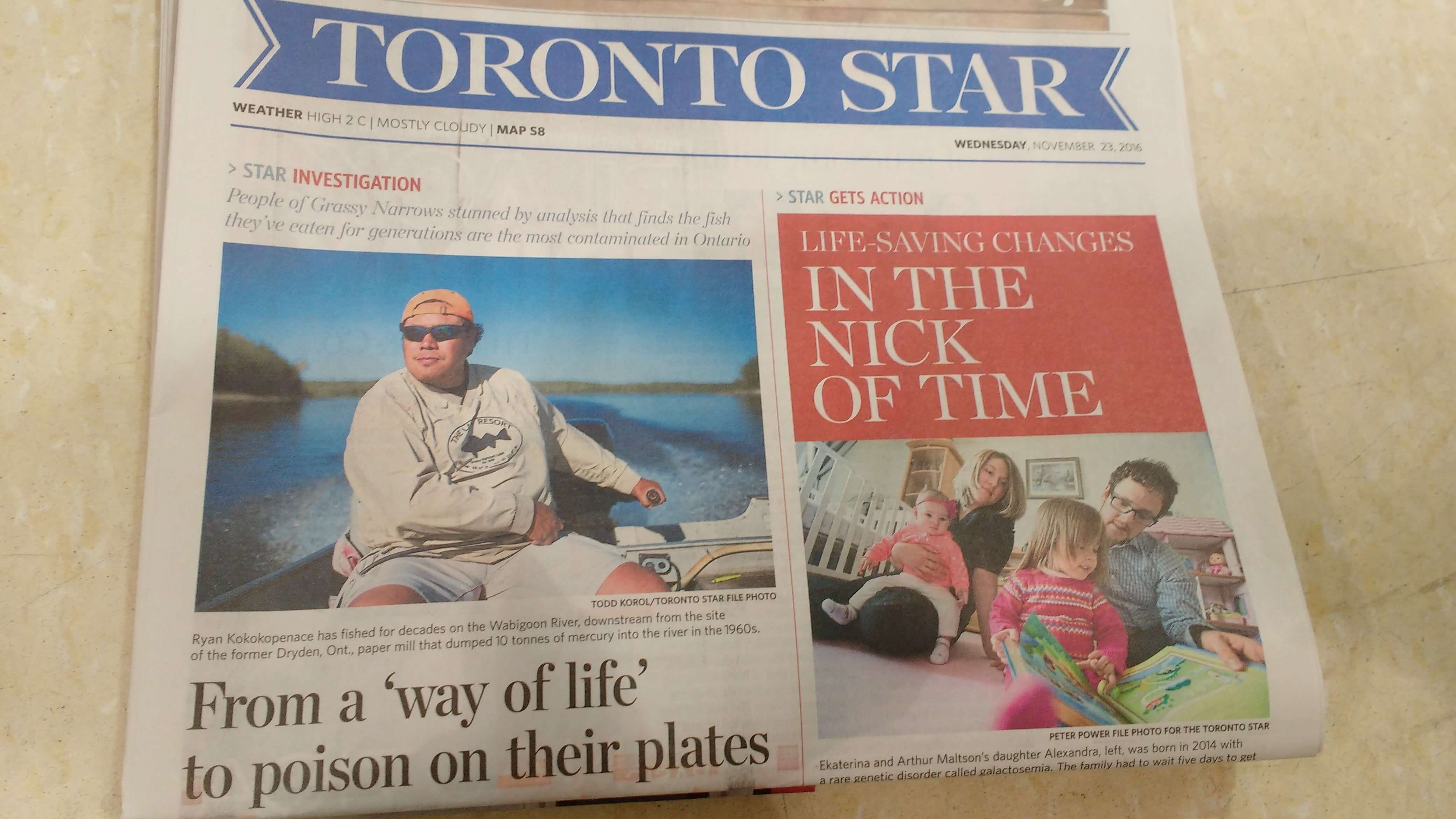 Grassy Narrows will hold Ontario to its cleanup commitment

This Wednesday, a front page Toronto Star investigation reported that fish in Grassy Narrows’ Wabigoon River system are the most mercury-contaminated in Ontario, 40 years after the government says mercury dumping stopped.

Mercury levels in fish near Grassy Narrows are 15 times the safe consumption limit, and 40 times the limit for children, pregnant women, and women of child-bearing age. The Star‘s findings were based on data collected by the province. Yet only five months ago, the Ministry of the Environment wrote to reporters that there was no need to clean the river.

That morning, under questioning in the legislature, Minister of Environment and Climate Change Glen Murray promised a cleanup in Grassy Narrows, “to the satisfaction of the chief and the health of the people.”

Grassy Narrows has fought for this commitment for 45 years.

But on Thursday, the Minister and Premier appeared to backtrack. Premier Wynne claimed that cleaning the river risks “making the situation worse.”

This is a baseless claim.

Mercury experts commissioned by the province released a report this May outlining safe river cleanup options. Report author Dr. John Rudd has been advocating for a cleanup since the 1980s. “More than 30 years later, after much further research, I’m even more convinced that these remedies will work,” he said to the Star.

Grassy Narrows Chief Simon Fobister says that he will hold the government to their commitment. On Thursday, he invited the Premier to put this “historic commitment in writing and sign it alongside me in proper ceremony so that we can know it is real.”

That same day 60 of Canada’s most celebrated authors, including Lawrence Hill, Vincent Lam, and Madeleine Thien spoke out in support of a river cleanup and said that they would #standwithgrassy.

Grassy Narrows’ campaign for mercury justice continues to build momentum and reach new levels of awareness and political commitment. Hundreds of thousands of people are following the story, which is gaining frequent and sustained national media coverage and daily questioning in the legislature.

We will stand with Grassy Narrows until their waters are clean, their forests are safe, and their people are healthy. You can help keep the pressure on by sharing the recent news on social media.

Thank you for supporting Grassy Narrows.