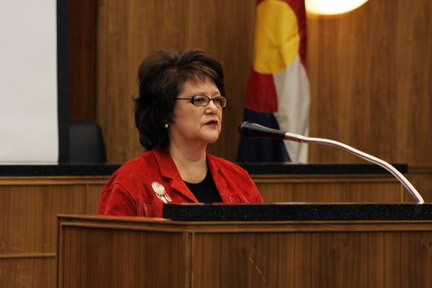 The US government is seeking to appeal the August Court ruling that awarded Indigenous plaintiffs $455 million in the 12-year-old Indian trust fund lawsuit.

The request comes just two weeks after the plaintiffs said they plan to appeal the same decision, because it was “profoundly disappointing and difficult to understand, in that it disregards unchallenged evidence of the record, law of the case, law of the D.C. Circuit since 1895, and settled law as set forth by the United States Supreme Court,” said lead plaintiff Elouise Cobell during an appearance on Democracy Now.

A far cry from the $47 billion of mismanaged trust money claimed in the case, U.S. District Judge James Robertson ruled on August 7 that the plaintiffs should only be entitled to “hundreds of millions.”

The government “contends [that] Robertson’s court does not have the jurisdiction to award the money at all, pointing to his January decision that the task of accounting for the trust money was ultimately impossible,” notes Mary Clare Jalonick for the Associated Press. Government lawyers claim that “If the accounting were indeed impossible, it was not the role of the court to devise an alternate remedy.”

And so, once again, the case heads to the U.S. Court of Appeals.

Just two days after the Interior Department won an Ethics award from the federal Office of Government Ethics, on September 12th Inspector General Earl Devaney released an investigative report which shows that “…almost a third of the royalty-in-kind employees, who handle billions of dollars of transactions, have been playing fast and loose with energy industry officials, engaging in sex, bribes and drug use,” explains Jodi Rave.

“It’s the same old behavior” said Elouise Cobell, while hoping Judge Robertson pays attention — because of the similarities of the report to others released on the conduct of several Interior Department bureaus connected to the ‘management’ of Indian trust funds.

“Look at us, look at how many times we testified about the mismanagement of our money,” Cobell said. “We’ve brought these problems out over and over. Nothing gets done […] Look at how many reports we’ve had. All those reports were out there, but nobody did anything.”

For more news and background, visit http://www.indiantrust.com. You may also want to check out the film, Broken Promises: Indian Trust, which details the relationship between the United States government and Indigenous People.