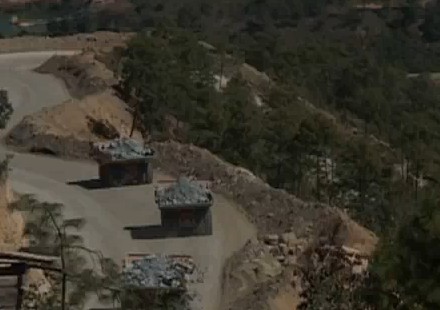 Goldcorp in Guatemala and the limits of the MDGs

“The Marlin mine has divided our town, harassed protesters, and made us afraid for the health of our families.” “Is this economic development? Could Goldcorp do this in Canada?”

In this video, Aniseto López and Sister Maudilia López Cardona from the “Front in Defence of San Miguel Ixtahuacán” (FREDEMI) talk briefly about Goldcorp’s Marlin mine, its impact on local communities and the usefulness of the UN’s Millennium Development Goals (MDGs).

In total, there are eight MDGs which every member of the UN has agreed to achieve by 2015. These goals include: “Eradicating” extreme poverty and hunger; “Promoting” gender equality and empowering women; and “Ensuring” environmental sustainability.

Unfortunately, while companies like Goldcorp are allowed to operate with impunity, there are some people who simply won’t benefit from the MDGs. Instead these people will have to continue “fighting for their lives” like the people of San Miguel Ixtahuacán have done since the Marlin mine first opened in 2004.

Since that time, Goldcorp, through its subsidiary, Montana Exploradora, has been contaminating and depleting local water supplies; causing damage to local homes through “blasting” at the mine; invading stealing, and fraudulently “purchasing” community land, and using the police and the courts to criminalize the local communities for standing up in self-defense.

In light of all this, Aniseto López offers some poignant remarks:

“I find the Millennium Goals and whether they are realized very interesting, but something has to start happening now. From this moment on and not just until 2015. We have to stop the things that have negative implications for humankind… what we need is actions, not just a written pieces of paper, not just ideas. We need acts. Especially in a country like Guatemala. It has been severely impacted by the multinationals. That is why we suffer here.”

This video was produced by La Ruta, an independent project that studies the progress of the MDGs in Latin America.

Based in the Netherlands, La Ruta was recently in Mexico and Central America to report on what local peoples, social movements and organizations had to say about the MDGs.

You can find more of their videos and reports at their website: http://www.laruta.nu