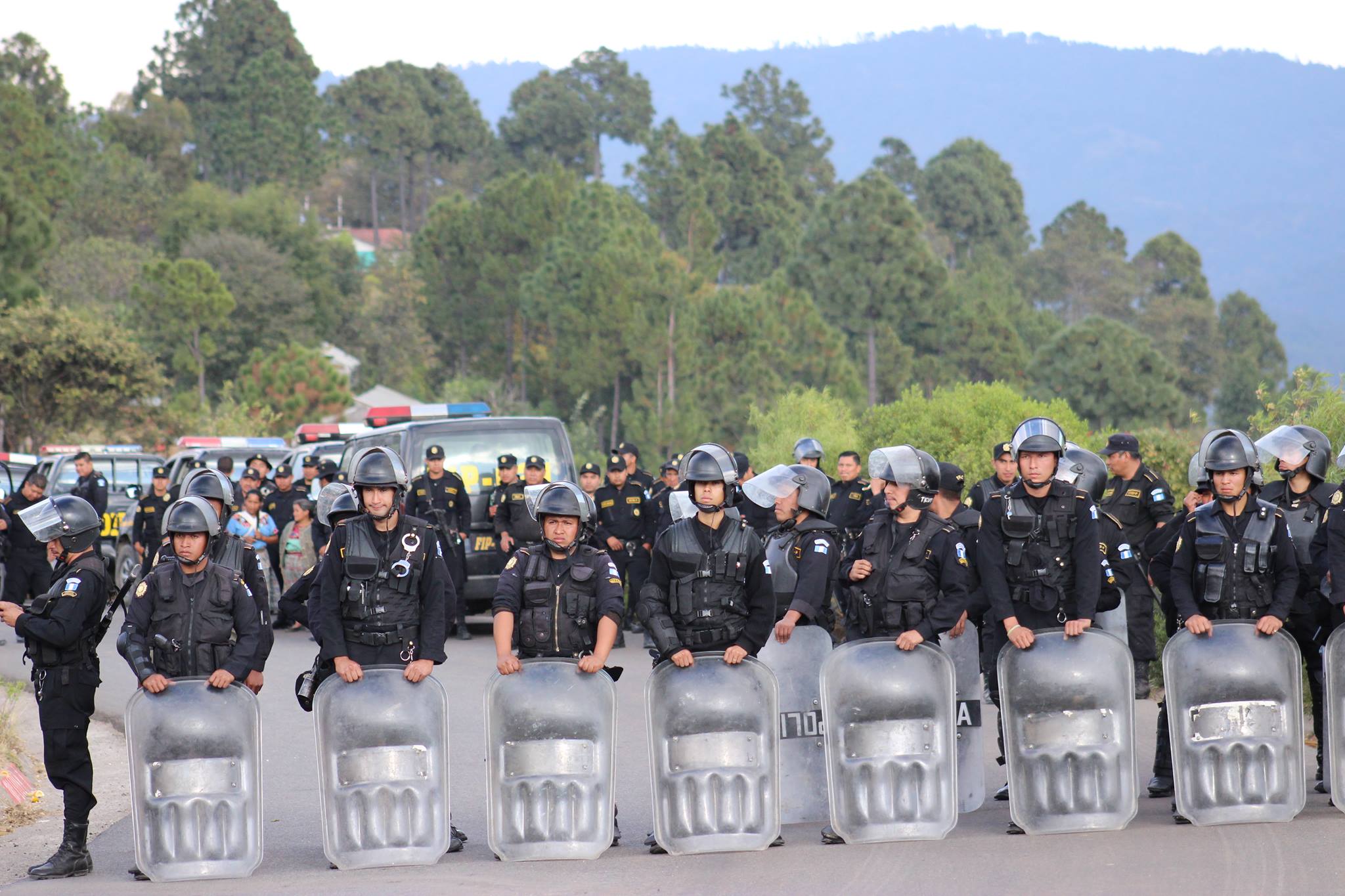 On January 14, 2014, Guatemalan President, and former general Otto Perez Molina, ordered troops to the Mayan municipality of Sipakapa, department of San Marcos, in western Guatemala. The armed forces arrived on behalf of Goldcorp Inc. that is trying to illegally expand its “Marlin” mine into Sipakapan territory.

In 2005, the Mayan Sipakapan people overwhelmingly rejected Goldcorp’s mine in their territory in a legally binding community consultation, documented in the film “Sipakapa Is Not For Sale”:

On January 14, 2014, thousands of campesinos from Sipakapa, San Miguel Ixtahuacan and 5 other municipalities came to Sipakapa to resist the expansion of Goldcorp that is trying to carry out exploration activities at the “Los Chocoyos” site in the village of Pie de la Cuesta, Sipakapa.

During the peaceful protest, a mining company employee signed a public agreement with Sipakapan community members, agreeing on:

There is fear in Sipakapa and San Miguel Ixtahuacan that Goldcorp will not carry out with these commitments, but rather resort, again, to repression by the Guatemalan military and police forces so as to proceed with the illegal mining operations at the Los Chocoyos mine site.

The history of Goldcorp’s “Marlin” mining operation, the harms and violations caused, and the resistance of the Mayan Mam people, is documented in “Gold Fever” (www.goldfevermovie.com).

In 2010, the IACHR (Inter-American Commission on Human Rights) granted precautionary measures in favor of these communities to protect them from the Guatemalan State and Goldcorp for harms and violations caused by the Marlin Mine. As part of the IACHR order, the Guatemalan government and Goldcorp are obliged to provide sufficient water to the harmed communities. Four years later, the government and company are still not complying with this obligation.

Contact Goldcorp in Canada, with copies to your elected politicians and media, insisting they withdraw completely and permanently from the Sipakapa territory and that they supply the five harmed communities with adequate water supplies on a permanent basis.