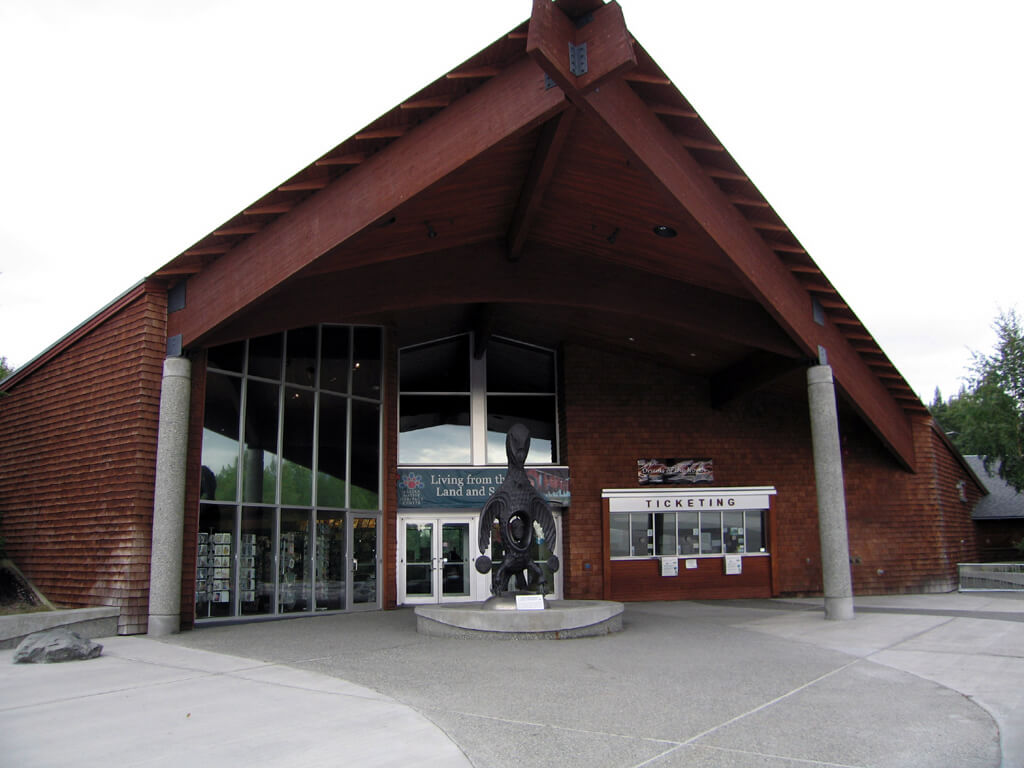 The Westboro Baptist Church, infamously known for its offensive protest signs which celebrate the death of soldiers, God’s hate toward homosexuals and more, has set their sights to protest the Alaska Native Heritage Center in Anchorage on Sunday June 1. Though the former leader of the church Fred Phelps recently died, the members of the WBC are carrying the torch forward.

Shortly after the announcement of the protest by the WBC, a No Westboro Baptist Protest at our AK Native Heritage Center! Facebook page was created to offset the protest. Though the Facebook page had over 600 members on Monday evening, it had doubled in size by Tuesday afternoon to well over 1,200.

According to the ‘No Westboro’ Facebook pages’ mission statement posted by Donna Willoya:

‘We are uniting as Alaskans to honor and embrace our cultural diversity, to preserve our heritage and to teach future generations the importance of acceptance & respect for all people.’

Willoya also posted in the group that though people may get angry at the WBC members for wanting to protest, she wishes the Native community not to respond with violence and sink to their level.

According to their release posted on their offensively titled website GodHatesFags.com, they will be protesting the Alaska Heritage Center in Anchorage Alaska on Sunday, June 1 from 8:45-9:15 a.m. for two reasons:

“…you make a religion out of the pagan idolatrous practices of past generations. There is nothing appealing or holy about the ‘heritage’ of the eleven ‘distinct cultures’ or ‘diverse population’ of Alaska. They walked in darkness and served idols of every kind, contrary to the direct commandment to have no gods before God.”

“… you fail to give God the glory, instead of the traditions and gods of the past… Stop worshiping dead cultures, man-made idols, and the sinful traditions of past generations. Put the resources into teaching and learning the Bible instead, and warning your neighbor to stop sinning before it’s too late, and he’s sinned away the last day of grace.”

The release is also peppered with bible passages from Acts and Exodus and comments such as “God hasn’t completely destroyed Alaska yet, so there is time to repent of this idolatry.”

Many people in Indian country have already commented on the Facebook page, Twitter and Google+ about the WBC. Comments include the following:

Burt Hanna in the Google+ Native Community wrote: “I thought the Westboro Baptist would settle down after the death of their leader. Now they hate Natives.”

Stacey Duggins of Wasilla, Alaska wrote on the Facebook page: “Maybe a better idea is that they never make it up here at all. Does anyone know anyone that could have them added to the terrorist watch list? That way they would have to stay at least in the Lower 48! And you have to admit, Free speech, Religious Liberty, or whatever, what they do borders on terroristic tactics. Just say’n if they can’t come, they can’t protest!”

Kristin Glitterboots Jones also wrote on Facebook: I would love to see this day set up to be the biggest cultural celebration the center has ever seen!!! Showcase all Alaska’s peoples with dance and events and beauty all day! Perhaps a parade of all our peoples to start at 8:30am? Ignore their stupid protest and don’t give them any power. Don’t cover it on the news, nothing. Instead, cover the beautiful celebration.

According to David Farve, the Public Relations administrator at the Alaskan Native Heritage Center, the WBC while stopping to protest at the center, has also planned to protest at the Governors church that same day. Though he did not have an official statement he did share the following with ICTMN.

“We are not going to release an official statement yet, but most likely in the next 24 hours. We really don’t want to give the WBC any more press that they have already received. Our entire community is up in arms over something that may not even happen.”

Alaska Gov. Sean Parnell recently commented on his Facebook page, stating: “Westboro Baptist Church, from Topeka, Kansas, needs to recant its recent despicable position related to Alaska Natives and their culture. There is beauty, depth, and a rich heritage among Alaska Natives, each made in the image of our Creator and each person intrinsically valuable. How about getting to know a few of these fine Alaskans first before pronouncing judgment?”