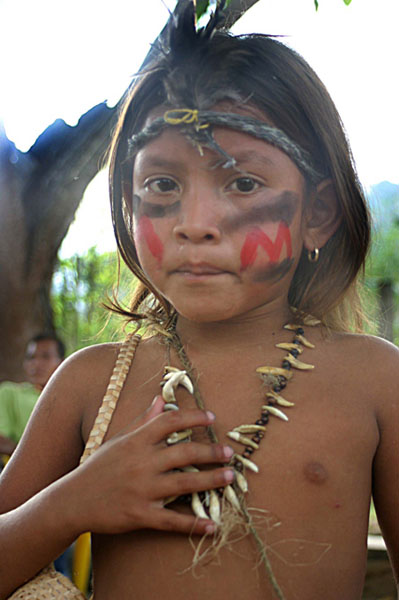 Indigenous representatives attending the International Conference on Indigenous Peoples & Extractive Industries, currently being held in Manila, are putting together a global action network for indigenous peoples to respond to the violation of their rights, particularly by the extractive industry.

The conference, organized by Tebtebba, is being attended by some 85 indigenous representatives and experts from Asia, Africa, the Pacific, Europe and Russia, the Arctic, Latin and North America.

Coupled with unrestrained environmental destruction, and thousands of reported cases of torture, assassinations, kidnappings, physical destruction of communities, an many other violent acts, the representatives point out that their cultures and territories are continuously disappearing as a result of the mining companies.

The only way it’ll change, say the representatives, is if governments and international bodies join hands.

To this end, and to strengthen the voice of the world’s indigenous population, the representatives are proposing the global network.

Details on the network are limited at this point, but Victoria Tauli-Corpuz, chairperson of the UN Permanent Forum on Indigenous Issues, suggests as a starting point, that it could help bring cases before national and international courts, engage in dialogue with investors, and raise awareness about the practices and impacts of the extractive industry.

Hopefully the network will be much more than this. After all, the problems we’re talking about here are not simply about a lack of accountability, policies that infringe on our most basic rights, and a bunch of heartless thugs and sycophants who act like indigenous people are nothing more than potholes on a care-free road to their own wealth and happiness.

It’s more about an underlying cultural imperative — Or rather, the lack of culture that brings reason and purpose to the industry and the governments who back them.

In any event, the formation of global network is a most welcomed event.

Though it may not become the Mountain we so desperately need, may at least provide us with enough strength and cohesion to put the industry in its place. Once and for all!