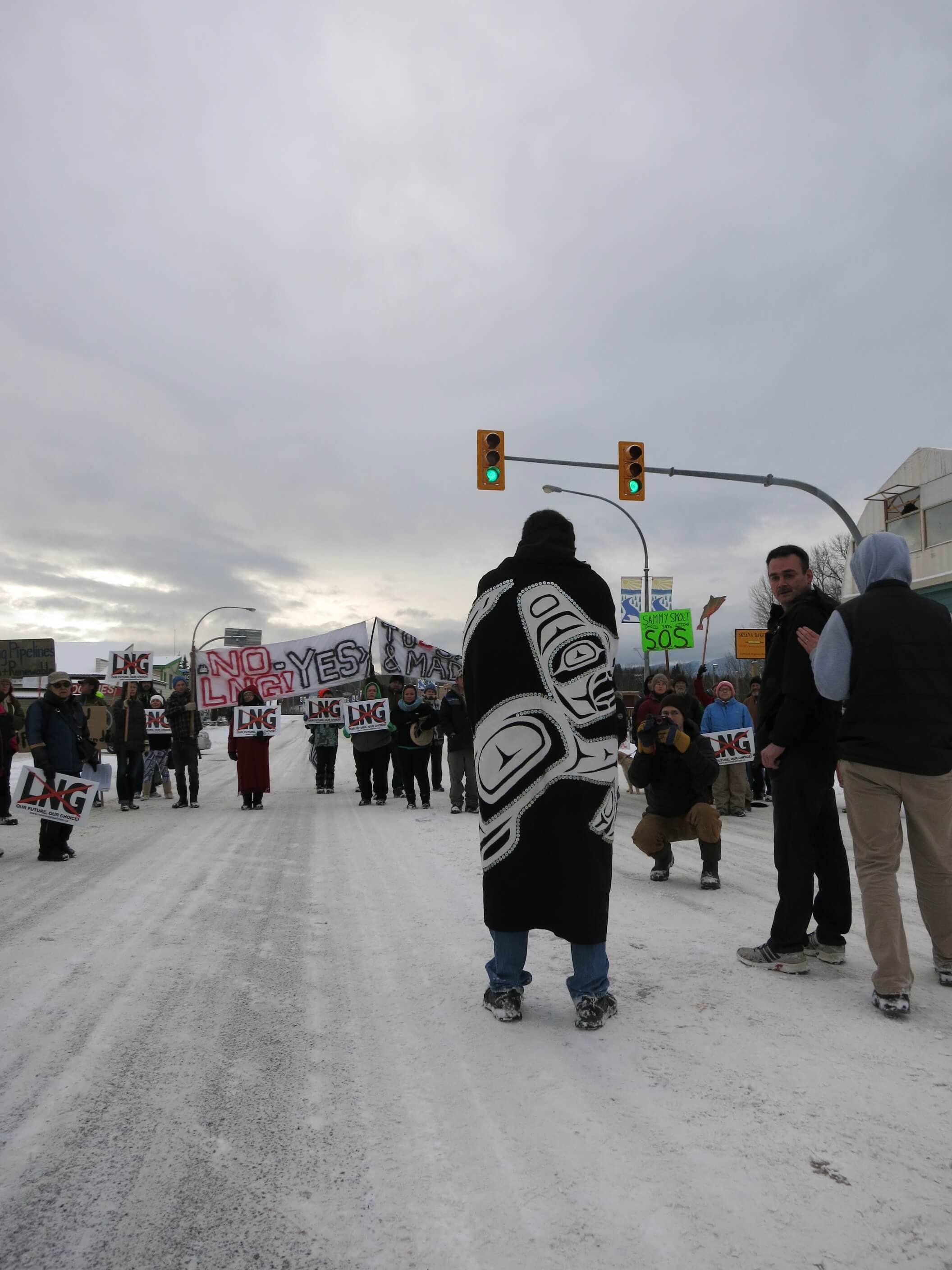 Gitxsan Blockade Highway in Response to BC Environmental Approvals

NEW HAZETON, BC–Gitxsan hereditary chiefs Spookw and Luutkudziiwus closed HWY 16 at New Hazelton on Dec. 6, 2014 in protest over the recent BCEAO approvals of two natural gas pipelines proposed for Gitxsan territory, and one LNG terminal proposed for the Skeena Estuary. The chiefs say these projects threaten to collapse the Skeena salmon run that all upstream nations rely on.

Spookw chiefs made clear that the reason the highway was closed was to send a message that all land access to industrial projects west of New Hazelton must pass through their territory, and that they are opposed to these LNG projects going ahead, and that this is non-negotiable. The small municipality of New Hazelton lies on HWY 16 completely within Spookw territory. Whether Spookw would repeat road closures in the future to block work crews was not specified.

Spookw hereditary chief Guuhadakwa (Norm Stephens) stated, “The Gitxsan people have relied on the Salmon for thousands of years. The importance of the salmon to the Gitxsan people far out weighs any of the financial benefits that are and may be offered in the future for these LNG pipe lines. The risk to the salmon is far to great to allow any pipelines to cross our territories and none will. We will not loose the salmon on our watch.”

Luutkudziiwus was also present and supportive of the temporary road closure. Luutkudziiwus members have been occupying a check-point cabin on their Madii Lii territory in the Suskwa valley since Aug. 26 when they permanently closed that territory to all LNG development. TransCanada proposes to build their Prince Rupert Gas Transmission (PRGT) pipeline through 32 km of Madii Lii territory, and Luutkudziiwus has made clear that they will not allow this to happen. 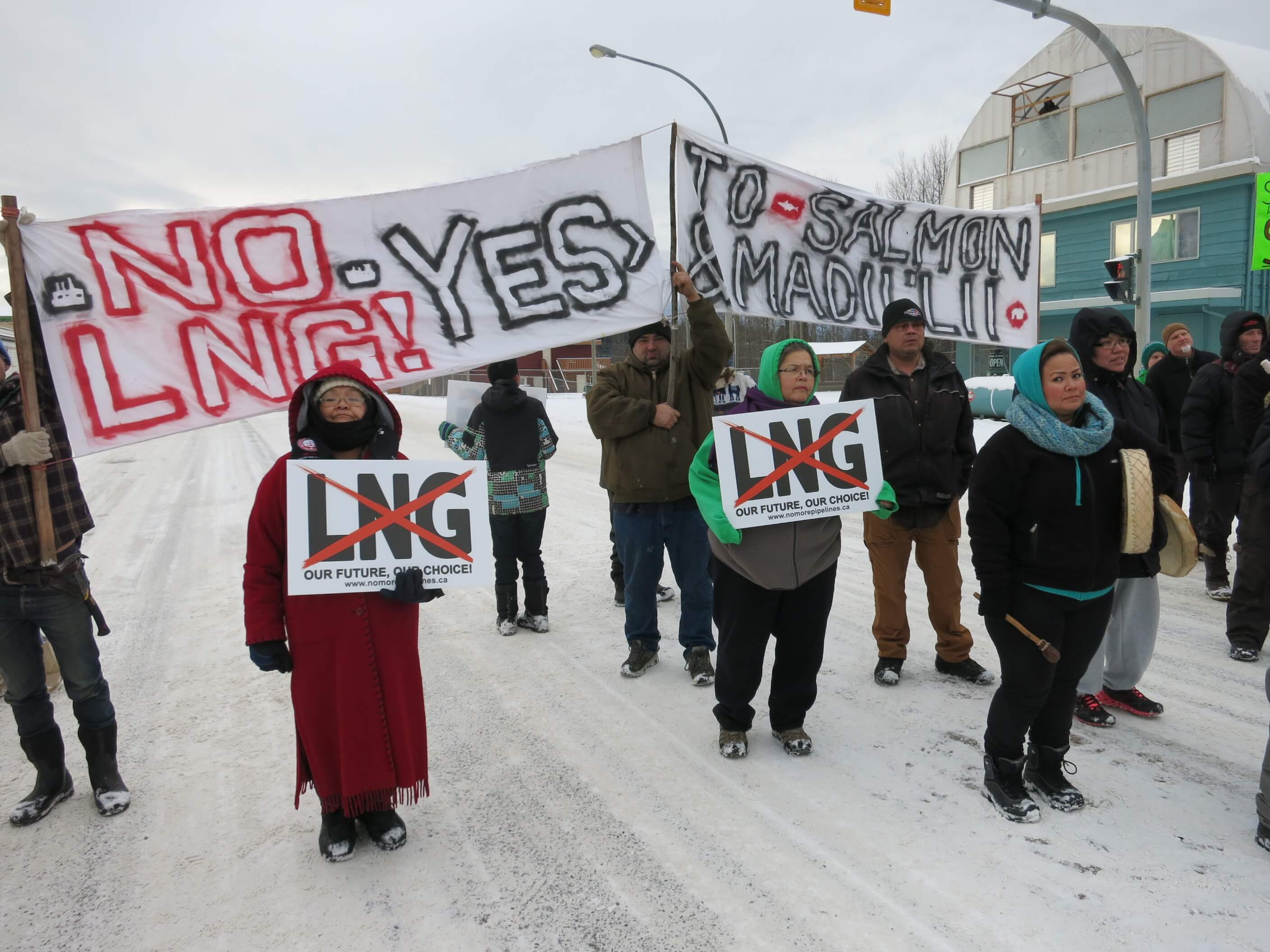 Hereditary chief Luutkudziiwus (Charlie Wright) stated, “Our Madii Lii territory is not for sale or use by the province of BC or TransCanada, a mere third party developer that has no understanding of what they are proposing to do, has no idea of our culture, no idea of our heritage.” 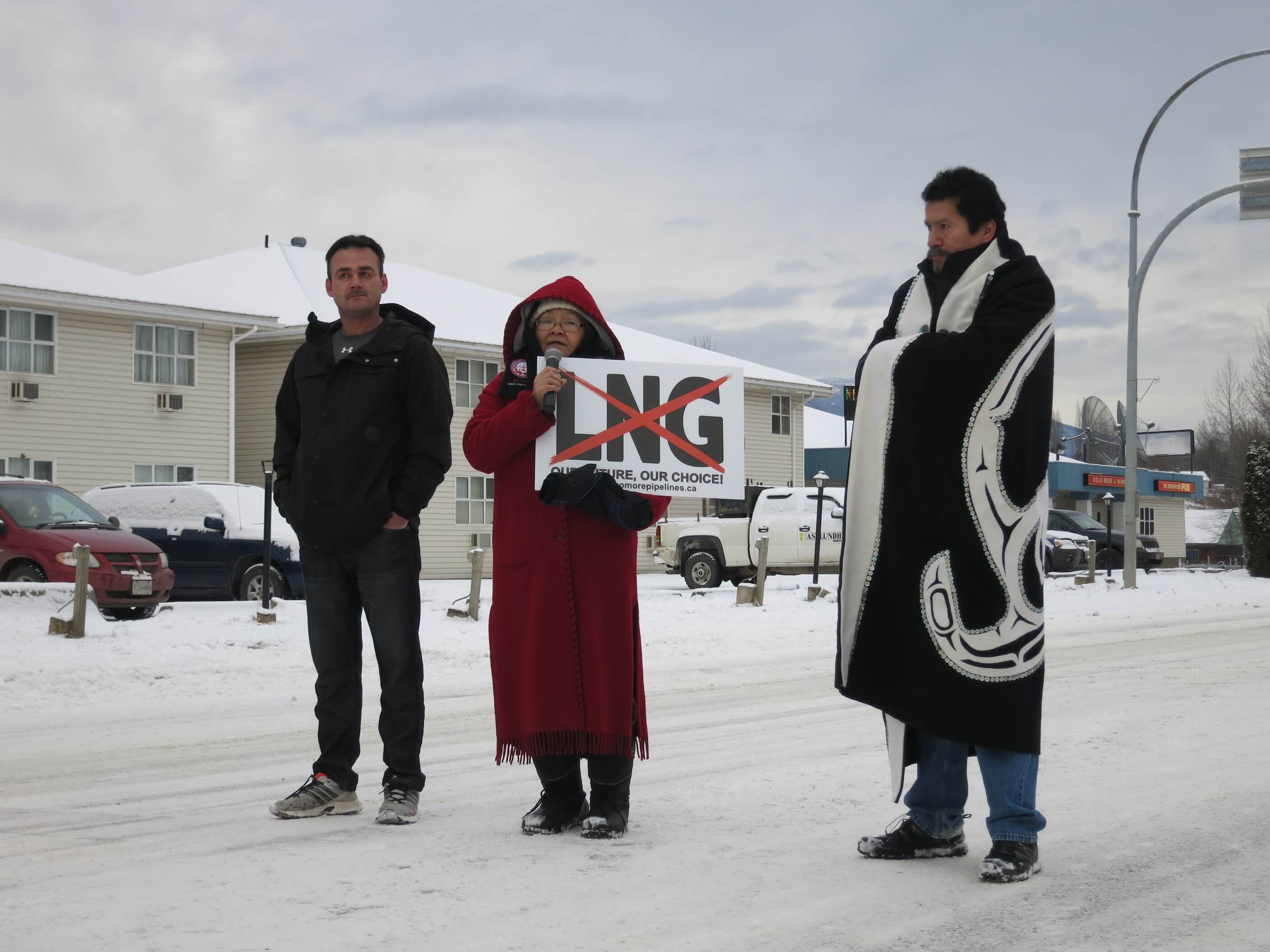 About 65 people collected at HWY 16 on Saturday to support the closure. Attendees cited a number of issues that render the proposed LNG projects unacceptable including: low provincial LNG tax revenue, job loss to temporary foreign workers, potential of toxic air emissions on the north coast, potential of conversion of the pipelines to carry oil, and high risk to juvenile salmon at the Petronas LNG site on Lelu island. 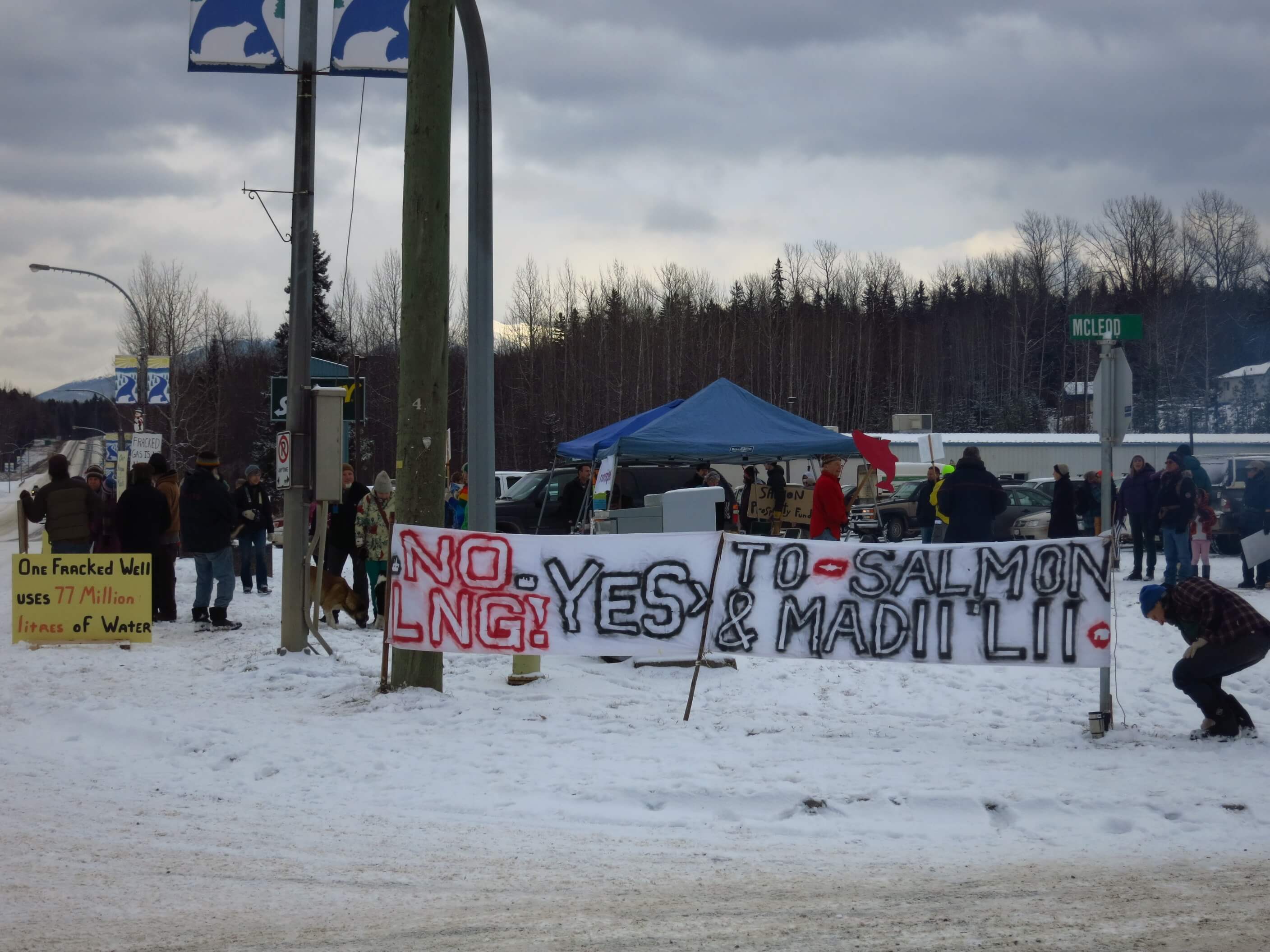 Spookw and Luutkudziiwus are separate from and do not recognize the Gitxsan Treaty Society (GTS), who in July threatened to evict rail traffic, sport-fishing and forestry from the entire nation. The evictions were never carried out. The position of Spookw and Luutkudziiwus is that the GTS illegitimately claims to represent the interests of the Gitxsan to BC, when in fact the BC government has duty to consult with each Gitxsan house group individually as was established in the landmark Delgamuukw trial. Recently, the province of BC has made financial offers to the GTS in exchange for endorsement of the pipeline proposals, and in exchange for an agreement to bind the entire Gitxsan nation against taking action against the pipeline projects. Spookw and Luutkudziiwus denounce these offers.