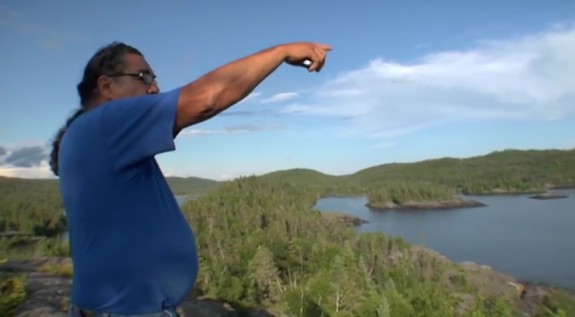 Gifts From the Elders

Gifts From the Elders is a one-hour documentary that follows five young adults from two Ojibway First Nation communities hired as summer field researchers for a comprehensive land and health study. Under the direction of Western Ontario University Assistant Professor Chantelle Richmond, Ph.D. (Pic River First Nation), the five youth (3 from Pic River First Nation, and 2 from Batchewana Fist Nation) are flown to Western Ontario University in London, Ontario in the summer of 2011. They spend a week in workshops focusing on the interrelated issues of historical environmental dispossession, indigenous knowledge transference, and chronic health issues in First Nation communities along Lake Superior’s north shore. They then return to their communities and begin their assignment: to interview and record their elders’ stories and knowledge of traditional land use, health, and the passing down of Anishinaabe teachings from one generation to the next.

Gifts From the Elders captures their journey back to preceding generations that lived a healthy lifestyle off of the land, and then chronicles the devastating impact that environmental and cultural dispossession had on the flow of knowledge from elder to youth, and ultimately on the health of their communities. As their summer comes to an end, the youth emerge with “gifts” of knowledge and teachings from their elders, inspiring a renewed determination to forge a hopeful and healthy future for the next generation.

Gifts From the Elders