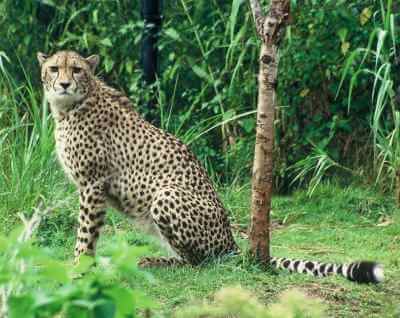 George Ayittey on Cheetahs vs. Hippos

Here’s an excellent “grab-you-by the throat” speech by Ghanaian economist George Ayittey, at a conference put together by TED.

George goes into the details and sources of corruption and economic exploitation in Africa—and moves on to explore Africa’s Traditional Governing systems, which he says are based on the Confederacy Principle: That most Africans view modern governing systems as inherently corrupt, and that they would traditionally take numerous steps to prevent corruption, for instance, create council upon council to ensure any governing authority could not become corrupt… And if they did, against the Peoples’ will, the leaders would be removed or the people would simply move, leaving them to fester in their own corruption.

George also talks about the path to freedom and empowerment today, which he says is led by Cheetahs, a “new breed of Africans” taking their futures into their own hands, mobilizing Africans to revive the indigenous markets and institutions that have worked for centuries. As he says: “With Cheetahs, we can take Africa back, one village at a time.”

The advertisement at the beginning of this video is not endorsed nor supported by Intercontinental Cry. It has been embedded in the film.

George Ayittey on Cheetahs vs. Hippos

The following is from http://www.africanloft.com

My admirers refer to me as “unorthodox,” “unscripted” or “The Cutlass (machete),” who slashes through the thicket of suffocating platitudes and excuses to deliver the bitter truth about post colonial Africa.” Personally, I regard myself as an intellectual “rebel,” kicking against the old “colonialism-imperialism paradigm” which has landed Africa in a conundrum. By this paradigm, everything wrong with Africa is the fault of somebody else — hostile external forces (Western colonialism, imperialism, the World Bank, etc.) and never the fault of misguided leadership. Witness Robert Mugabe of Zimbabwe.

I am known for pushing the view that the old paradigm is now obsolete. It is kaput. We need a new way of thinking or a new paradigm that stresses the importance of internal factors as well. For example, brutal political tyranny, arrant economic mismanage, rampant corruption and senseless civil wars have nothing to do with artificial colonial borders or Western imperialism. Rebel leaders do not seek to redraw boundaries; they head straight to the capital city because that’s where power lies.

What are you working on now?

To save Zimbabwe from implosion. We hope to achieve peaceful change in Zimbabwe through the convocation of a “Sovereign National Conference.” It is the same mechanism (the Convention for a Democratic South Africa — CODESA) which was used to dismantle apartheid in South Africa. If it worked in South Africa, then it will work in Zimbabwe.