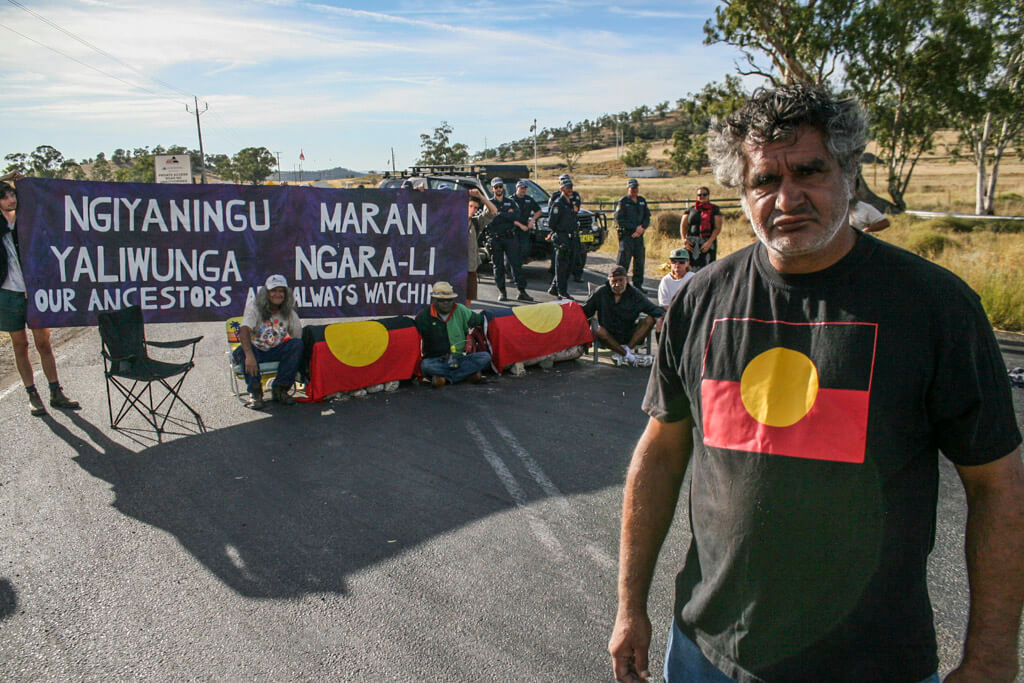 Gamilaraay and Githabul men lock on to protect Country

Federal Environment Minister Greg Hunt has not fulfilled his duty under the Aboriginal and Torres Strait Islander Heritage and Protection Act (ATSIHP Act), to protect significant sites in the forest. The last higher order sacred site Lawlers Well is still under threat from mine expansion.

“For me personally this about the protection of our sacred lands, water, animals, song, dance, knowledge and culture of the Gamilaraay nation” said Paul Spearim, Gamilaraay Nation. 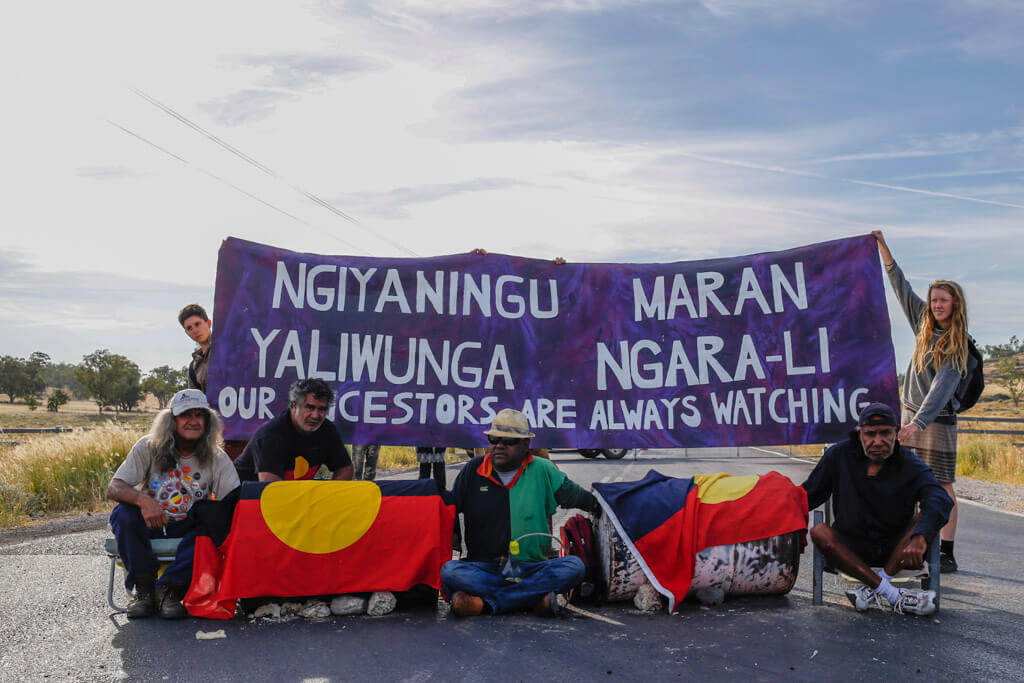 Two years ago Gomeroi traditional custodians made an application for Environment Minister Greg Hunt to use his powers under Section 9 and 10 of the ATSIHP Act to stop the work in the area and protect this last sacred site. Minister Greg Hunt has stated that Whitehaven will not clear the area until 2017 therefore he doesnt need to make a decision under the Act.

“We are asking Greg Hunt to commence an independent report including oral evidence to make an informed decision. We are asking him to do his job right and protect our Lawler’s Well.” said Dolly Talbot Gomeroi Traditional Custodian Spokesperson

“It is so hard seeing the destruction of our country. The elders have been waiting too long for answers. It is completely unacceptable that Hunt dragged his feet on the protection of Lawlers Well. We reasonably expect the respect of an timely assessment and our rightful opportunity to have protection enacted.” said Dolly Talbot

“We come from the east to support the Gamilaraay in their fight to save mother earth. We are one in this fight.” said Laurence Miles, Githabul Nation. 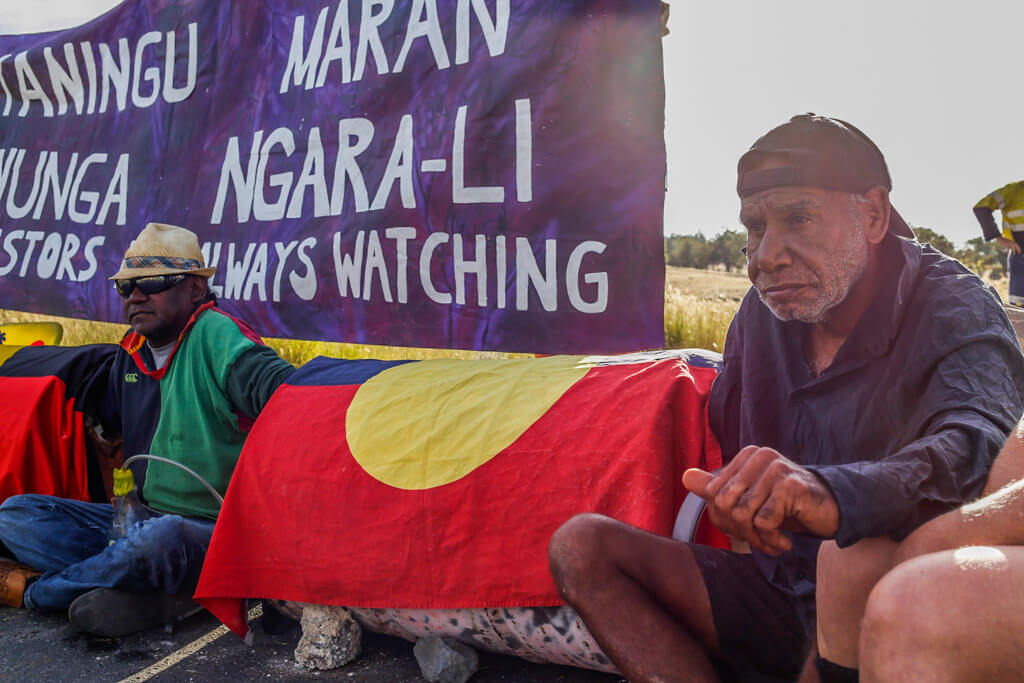 Many people are deeply concerned about the expansion of mining on Gomeroi/Gamilaraay country. Alliances across First Nations, as well as with non-indigenous protectors are united in opposition to these projects. Front Line Action on Coal is honoured to work along side the Gomeroi Traditional Custodians.