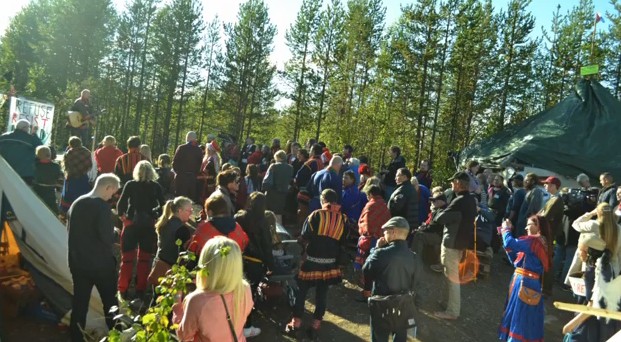 The summer 2013 a new area of occupied Sápmi were under attack from the mining industry, if it were not for some brave resisters the test blasting outside Jokkmokk would have gone by without commotion. The Saami people would have once again been exploited and future generations of beings would have been poisoned without even a debate. Now something happened. This is the story told by the resisters in Gállok.