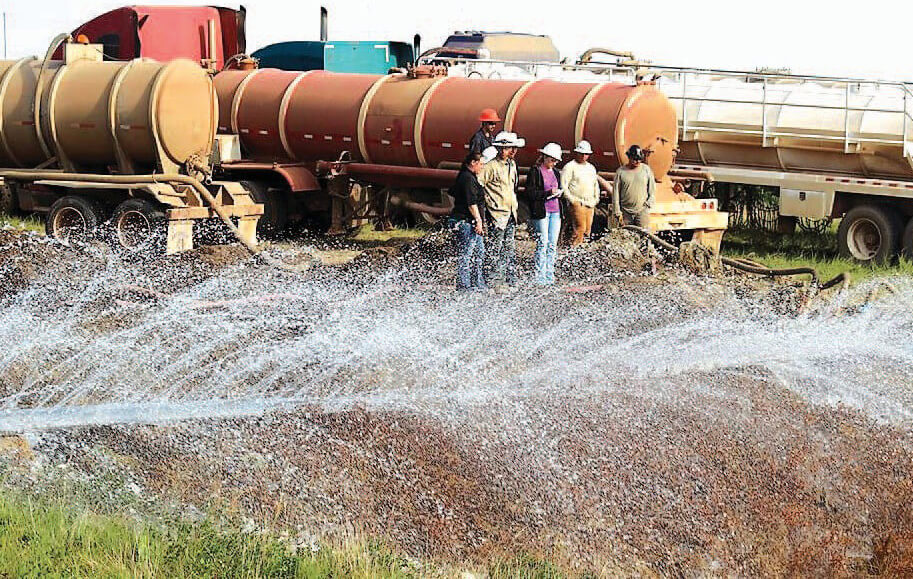 NEW TOWN, N.D. –– A grassroots organization on the Ft. Berthold Indian Reservation has put the U.S. EPA on notice that deregulation of environmental protections is unacceptable from the viewpoint of social justice.

The organization, Ft. Berthold Protectors of Water and Earth Rights, or POWER, delivered a letter to the National Environmental Justice Advisory Council that joins more than 14,600 other written remarks in a nationwide public comment period ending May 15.

“We strongly oppose reducing environmental safeguards that were put in place to protect people who are overburdened by the continuous onslaught of energy extraction. Most of our members are directly impacted by the overextraction of our natural resources on Ft. Berthold Indian Reservation,” POWER said.

The Bakken Formation is centered on the reservation, home to the Mandan, Hidatsa and Arikara, or MHA Nation, which has experienced degradation of fracking for oil during a boom-and-bust cycle resulting from ongoing fossil fuel promotion. 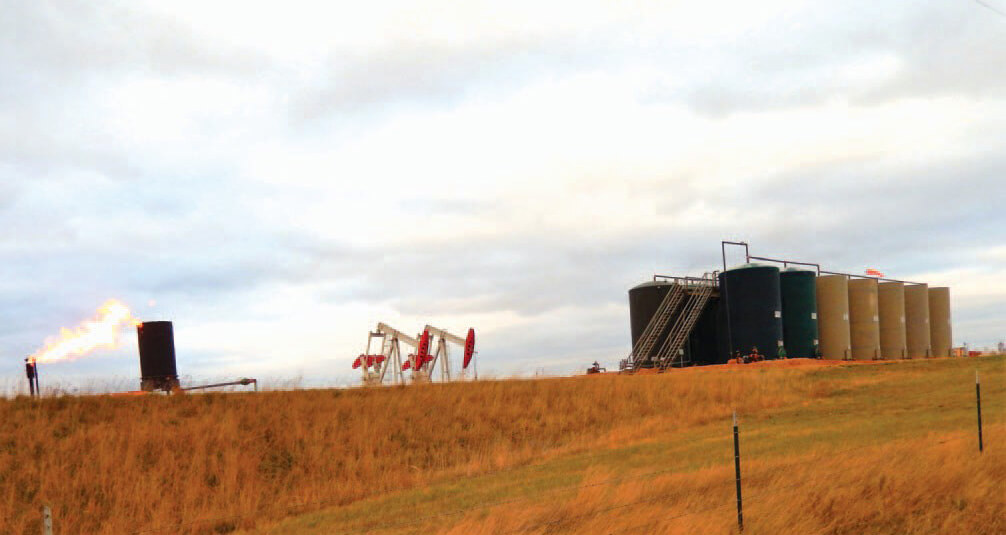 Oil extraction results in smog from flaring at well-heads in the Bakken Formation at Ft. Berthold Indian Reservation. Photo by Talli Nauman

POWER submitted its comments at a public comment meeting in Minnesota, pursuant to Executive Order 13777, which opened a process for rolling back environmental regulations. A landslide of responses overwhelmingly opposes the rollback.

“There is no justification for deregulation,” says the POWER comment letter, signed by MHA enrolled member Lisa DeVille, the organization’s president.

“The rules are needed to reduce ground-level ozone (smog), water pollution, mining-related pollution, illegal dumping of energy extraction by-products, and other impacts,” it says, adding that regulations “over the previous decades have led to measurable improvements in public health and environmental quality.”

It continues: “Companies that invade our lands both off and on reservations are not here to create jobs for the local people; their job is to make money at the lowest cost of operation possible.”

Life and health “should not be a bargaining point in the law-making or repeal process,” it says. “The environmental destruction will fall on our children and grandchildren for generations to come. Do not repeal regulations that protect land, air, and water,” it concludes.

One stated: “Opposition to regulation in general, and environmental regulations specifically, directly threatens the health of Americans by undermining protection of the commons, the air and water we all share on which our health depends.

“Only about 20 percent of Americans elected this President. The vast majority must also be served by what the federal government does, and they are clearly not served by eliminating or scaling back enforcement of any rule designed to protect public health and safety.”

Another said: “EPA’s right to protect the public was affirmed decades ago by Congress, under the Clean Air Act. But the law is only as strong as its implementation. As you consider your response to Executive Order 13777, I ask that you keep EPA’s existing safeguards in place, and do not put American lives at risk.

“Yes, it is important to create jobs, but we must create jobs that don’t put our air, water and food and ultimately our health at risk. Rather than bringing back old jobs that threaten our environment, create new ones for the 21st century and beyond that improve the environment. It is a win-win for our great nation.

“And, yes, protecting our environment can cost money, but it can also save us money in the long run when you consider the just the reduction in health care expenses alone spent on illnesses related to pollution.

“As the richest nation in the world, we should be able to afford to put our environment and the health of all our citizens and residents first. In addition, we should invest more dollars in science research on renewable energy; cleaning our air and water; and creating green jobs.”

The EPA is soliciting comments written and submitted via an Internet online form, available by accessing http://www.regulations.gov and entering “Docket ID No. EPA-HQ-OA- 2017-0190” for instructions.

It established a task force to recommend “repeal, replacement, or modification” of existing rules and regulations, with a progress report due mid-May.

Previously, Trump’s Executive Order 13771, of Feb. 3, on “Reducing Regulation and Controlling Regulatory Costs” directed all agencies, not just the EPA, to “repeal two existing regulations for each new regulation issued in FY 2017 and thereafter.”

It further instructs agencies that the “total incremental costs of all regulations should be no greater than zero” in FY 2017.

For FY 2018 and beyond, it commands the director of the Office of Management and Budget to provide agencies with a total amount of incremental costs that will be allowed.

In related activity, an executive order of March 31, directed the EPA to review the Clean Power Plan, related rules and the New Source Performance Standards for the Oil and Natural Gas Industry.

This article was originally published at Native Sun News. It has been re-published at IC with permission from the author.