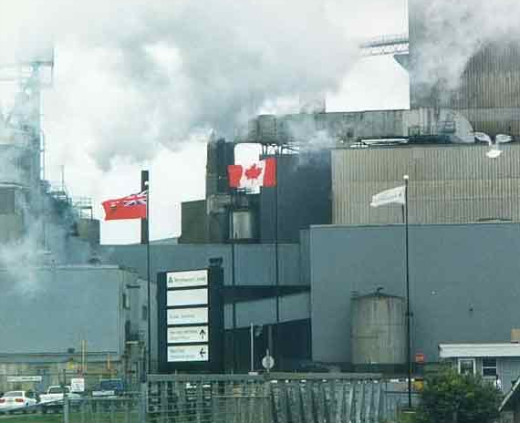 A newly published book about Minamata disease has revealed, possibly for the first time to Canadians, that former Prime Minister Pierre Elliott Trudeau personally interfered with the publication of one or more studies concerning the mercury problem at Grassy Narrows.

“Niigata Minimata Disease: Methyl Mercury Poisoning in Niigata, Japan” was authored by Dr. Saito Hisashi, a general practitioner who has worked with Minamata patients ever since the disease was discovered in Niigata, Japan, in 1965. The book was first published in 1996, but only now has it been translated to English.

In Niigata Minimata Disease Dr. Hisashi focuses on Japan’s second major encounter with mercury poisoning, the first one occurring 9 years earlier in Minamata city. However, early on in the book, Dr. Hisashi quotes witness testimony by another Japanese Doctor, Shiraki Hirotsugu, delivered at the Second Minamata Disease Lawsuit on May 10, 1988.

As quoted from “Niigata Minimata Disease”, Dr. Hirotsugu said to the court:

“In 1979 I was invited by Dr. Andre Barbeau, the director of the Clinical Research Institute in Montreal, Canada, as he knew that I had been studying MD. There was a report on methyl mercury poisoning on a Canadian Indian (First Nation) reservation. In fact, Dr. Harada Masazumi, an associate professor at Kumamoto University, had already visited the reservation and confirmed this.

Dr. Barbeau, a scholar in the French-speaking region of Canada, also carried out an extensive investigation. He studied the pathology of cats on the reservation, and he prepared a voluminous report concluding that it was certainly a case of organic mercury poisoning. He also listened to my views about the pathology of MD, which convinced him that his conclusions were correct. He very much wanted to publish his findings. His report was in French, and since I do not read French, he promised to send me an English translation once the report was published. However that translation never arrived for the following reason.

One day, Prof. Barbeau was summoned to meet with the prime minster of Canada, Mr. Trudeau. He was only too glad to meet the prime minster, since he believed that he would be able to publish his paper. However, when he came back, he was depressed since the prime minster had advised him against publishing. He asked me to come and see him, and I did so. Dr. Barbeau asked for my advice. I told him, “You have two options. You must choose yourself which way to go. Canadian Indians (First Nations people) are fellow human beings, though many whites treat them like insects. If you recognize that they are really MD patients, dare to release your report. This is the first option. Now the other option is not to release it.” Since Dr. Barbeau was the head of a clinical medicine laboratory at that time, I told him that if he did publish, “you may be forced to resign, or your research funds may be cut drastically. As the head of the laboratory, do you think that your subordinate researchers can work without funds? There are only two options: publish though you may be forced to resign for doing it, or not publish. I can’t force you to choose one or the other. You should make that decision by yourself.” Subsequently, the report was never published.”

I recently spoke to Dr. Hisashi, hoping to find out if he knew how I could reach either Dr. Barbeau or Dr. Hirotsugu, and if the study had ever been published. Sadly, he informed me that both Doctors have passed away, and that he does not know anything about the study beyond its mention in Dr. Hirotsugu’s testimony.

We may never know what Dr. Barbeau discovered. More to the point, we will never know if it could have helped the people of Grassy Narrows, Whitedog and Wabauskang First Nations, who have been steadily poisoned by Methylmercury for more than 15 years.

The possibility raises some uncomfortable points, after all, “it is evidence that a Prime Minister of Canada personally interfered in the publication of scientific data concerning the mercury problem at Grassy Narrows,” ensuring that “these important studies were never published,” writes John H.W. Hummel, a pollution researcher in British Colombia. He adds, “I am not a lawyer but, this must be a breach of fiduciary duty that the government of Canada has towards First Nations communities! At the very least, it brings the honour of the crown into disrepute.” Trudeau’s actions may also constitute a criminal offense—though, it would be difficult to prove in a court of law.

Hummel continues, “Supression of Scientists and Doctors who release controversial data which could lead to court action against the Government is nothing new in Canada. We witnessed this during the fight to defend the Fraser and Nechako River salmon during the Kemano II struggle. More recently, we witnessed such activity when Dr. John O’Connor at Fort Chipewayan First Nation went public with pollution/health data. But, (this) is the First time I have ever seen a case where a Canadian Prime Minister actually engages is such activity personally!”

“In light of the pollution problems we are facing, scientific research should not be interfered with by politicians and corporations—and scientists should be free to make their findings known to the public. There is much at stake in all this for all of us.”

Reaching far beyond the scope of this report, the “pollution problem” Hummel mentions, involves more than 4,000 toxic sites on First Nations reserves. Individually listed in the Treasury Board of Canada’s Federal Contaminated Sites Inventory, these sites contain a wide range of toxic substances, including: Mercury, Cadmium, Uranium and Lead, Arsenic, Ammonia, Dioxins and Furans, “Biological Warfare Agents” and Petroleum, among many, many others.

For Grassy Narrows, Whitedog, and Wabauskang, it has been almost 40 years since they were first exposed to mythylmercury, a “bioaccumulative toxicant” that causes numbness in the hands and feet, narrowed field of vision, slurred speech, and in extreme cases: paralysis, insanity, coma and death. Chromosomal damage, “spontaneous abortion,” congenital malformations and damaged brain functions are also known to occur.

In 1985, Grassy Narrows and Whitedog received a multi-million dollar settlement from the Federal government as a result of their long-term exposure (Wabauskang was excluded from the settlement, although, several members from the community are now hoping to change that.). However, the government never took any steps step toward remediation. Similarly, they never performed any detailed studies to measure the short- and long-term effects of mercury exposure on the communities.

There is plenty of evidence that Mercury contamination in Grassy Narrows is ongoing. Most notably, the Mercury Disability Board, which was formed in 2006 to carry out the provisions of the 1985 settlement, has received applications from 819 adults and 88 children—all of whom exhibit one or more symptoms associated with Minamata disease.

Of those 4,400 toxic sites in Canada (that the government admits to know about) less than 50 are currently scheduled for clean-up.