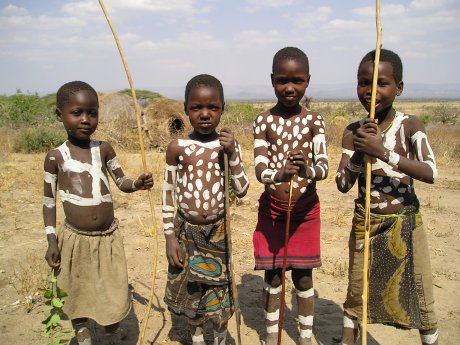 For Want of Food: The Hadzabe Struggle for Life 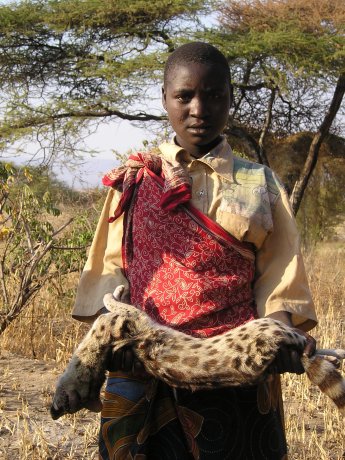 The Hadzabe People may very well have the oldest genetic heritage of any other people on earth, but today they find themselves on the edge of extinction, with no land rights, and a food supply that’s being “aimlessly” shot away by poachers.

Speaking at a public meeting recently, three members from the Hadzabe community of Yaeda China valley, said that poachers have been invading their land “with modern firearms” and killing animals for sport.

The members formally asked the Tanzania government for help in stopping the poachers, saying that their only hope is if they step in and intervene.

The government turned them down. As reported in the Arusha Times, Allan Shani, the Mbulu District Natural Resources Officer, told the members that “the government alone cannot stop poaching” and that “what is needed… is the local people’s support and cooperation.”

Shani went on to say that the government has decided to give investors access to Hadzabe lands, under the auspices of subsidizing ongoing “sustainable conservation” efforts.

This will include an industry ploy the Hadzabe are all too familiar with: “Sustainable Hunting Tourism.”

In 2007, Royals from the United Arab Emirates, along with UAE Safari, attempted to establish a fishing and sport hunting enterprise on Hadzabe lands.

Thankfully, mounting international pressure jolted the company enough to walk away from the plan.

However, with illegal poachers on one hand, and sport hunting on the other, the Hadzabe are extremely concerned about what the future holds for them.

They are now hoping that individuals and non-governmental organizations around the world will once again come forward and help them achieve food security as well as land rights—and, for the long run—a tangible future where they can live their own way of life.

If you would like to support the Hadzabe, also known as the Hadza, send an email to President Jakaya Kikwete, urging him to protect the Hazabe’s rights as guaranteed by Article 13 of the Constitution of the United Republic of Tanzania.