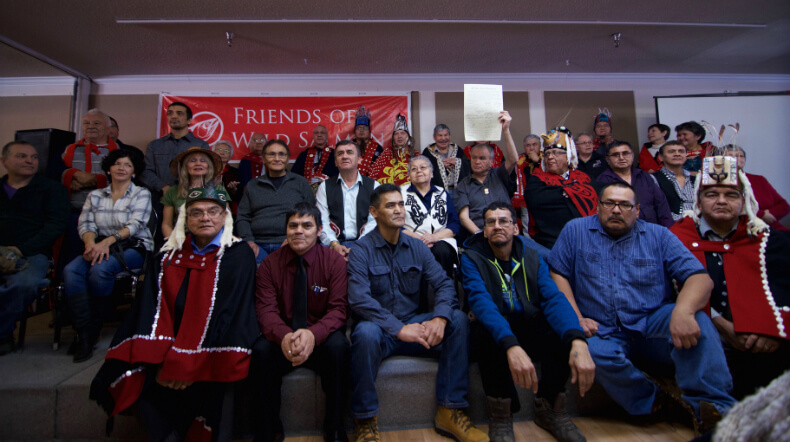 Prince Rupert, BC: Lelu Island and Flora Bank, critical habitat for wild salmon at the mouth of the Skeena River in northwestern B.C., have been declared permanently protected from industrial development by an unprecedented coalition of First Nations leaders, local residents and federal and provincial politicians.

The signing of The Lelu Island Declaration presents a major obstacle to plans by Malaysian-owned oil and gas giant, Petronas, to develop a liquefied natural gas (LNG) plant near Prince Rupert. The declaration also deals a huge blow to the provincial government’s stated aim to get major LNG plants under construction before next year’s provincial election.

“The Lelu Declaration sends a powerful message to Premier Clark and Prime Minister Trudeau,” said Hereditary Chief Yahaan of the Gitwilgyoots Tribe of the Lax Kw’alaams. “The support to stop this LNG project is overwhelming. Nations are united from the headwaters of the Skeena River to the ocean. Together, we will fight this to the end.” 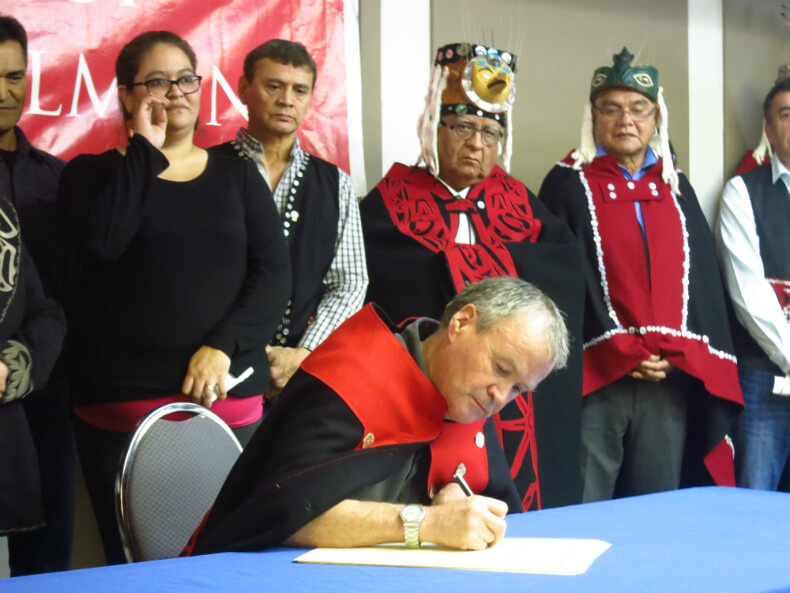 The declaration was the culmination of a two-day Salmon Nation Summit, where more than 300 hereditary and elected First Nations leaders, scientists, politicians, commercial and sport fishermen, and other northern residents came together to defend wild salmon from the proposed Pacific NorthWest LNG project. 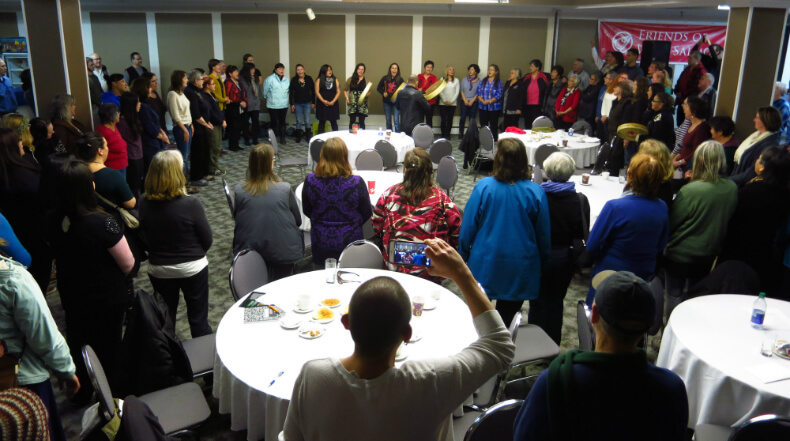 Gerald Amos, Chair of Friends of Wild Salmon stated, “We honour the support of our elected representatives. Unlike the Clark government, they are prepared to stand up for an economy that recognizes our Aboriginal title, plays a part in the fight against climate change, and favours long-term prosperity for all the people of the Skeena, over short-term gain for foreign investors.”

The Lelu Island Declaration states: “The undersigned First Nation leaders and citizens of the Nine Allied Tribes of Lax Kw’alaams hereby declare that Lelu Island, and Flora and Agnew Banks, are hereby protected for all time, as a refuge for wild salmon and marine resources, and are to be held in trust for all future generations.” 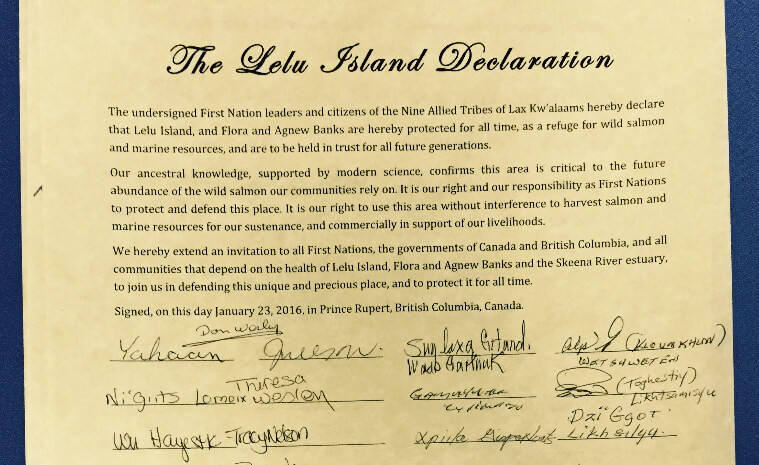 The declaration extends an invitation to all First Nations, the governments of Canada and British Columbia, and all communities and citizens that depend on the health of Lelu Island, Flora and Agnew Banks and the Skeena River estuary, to join in defending this sacred and unique place and to protect it for all time.

Chief Na’MOKS of the Wet’suwet’en First Nation said, “Once again First Nations are being forced to take action because the government refuses to obey the laws of the land. We are salmon people and if we don’t defend Flora Bank, there will be no protection for our salmon. The salmon is who we are, and without them we lose our identity and our future.” 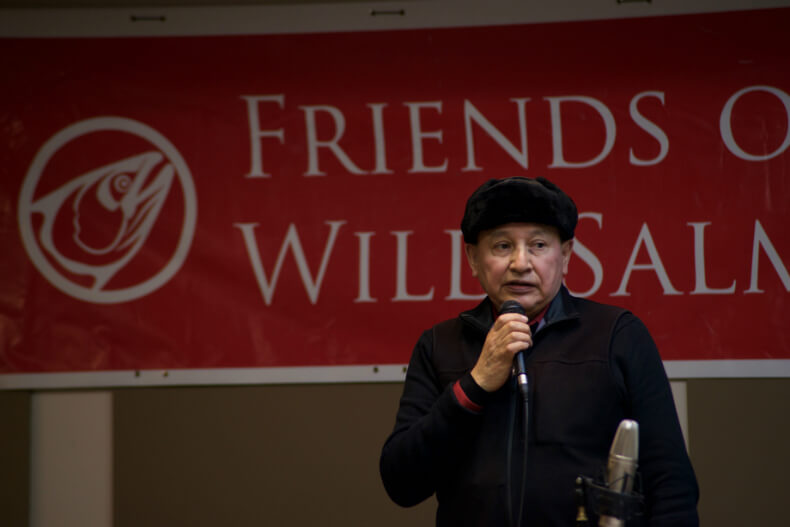 Grand Chief Stewart Phillip said, “Contrary to the false assertions of the B.C. Liberal government and Petronas’ public relations machine, there is formidable opposition to the LNG project proposed for Lelu Island. What binds people together throughout northwest B.C. is the undeniable fact that wild salmon are at the centre of our livelihoods and existence. It is essential that the Trudeau government immediately intervene in the fundamentally flawed Canadian Environmental Assessment process to ensure that the Indigenous rights of the nations of the Skeena watershed are upheld.”