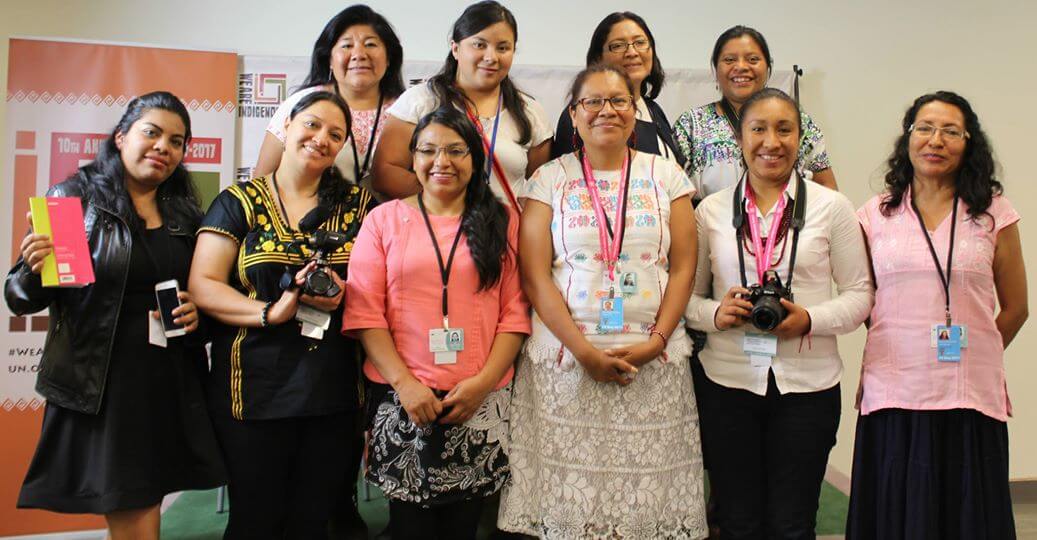 United Nations Permanent Forum on Indigenous Issues brought more than 1,000 indigenous representatives from all over the world and also a new achievement for indigenous peoples: the first ever indigenous media zone.

According to Mohawk indigenous journalist and educator Kenneth Deer “indigenous journalists were working on the field in isolation without getting any recognition”. For him, indigenous peoples have systematically faced the obstacles to access media accreditation at the United Nations. Looking into the future, he thinks that indigenous media has the power to drive new dialogues by educating the non-indigenous. To achieve this goal “our media has to be recognized as an equal media by non-indigenous mainstream media, they need to take up our issues”, he explained.

“indigenous journalists were working on the field in isolation without getting any recognition.”
— Kenneth Deer

What does it mean for indigenous communicators to be able to access UN spaces?

“We see us as spokespersons for our communities, which is a task that goes beyond being only a professional journalist”, says Nahuatl communicator Guadalupe Martínez Pérez who is in charge of the Indigenous Media Zone at the UN Permanent Forum on Indigenous Issues.

According to her, this advancement is setting a precedent at the United Nations and open a space for all indigenous communicators. “We can see that it took us 20 years to only get inside the system and now we are making our next strong step”, she describes.

Guadalupe thinks that being able to cover international process from inside the UN is a much richer experience compared to only being a participant or observer. “This way we have been able to expand our coverage to other languages and regions. We can’t only recommend that in the years to come other indigenous communicators take up this task, so it becomes a permanent space for us”, she says.

“We see us as spokespersons for our communities, which is a task that goes beyond being only a professional journalist”
— Guadalupe Martínez Pérez

It’s all about communication rights for indigenous peoples

Indigenous peoples are granted a collective right to have their own media and access to media and information spaces without discrimination. The effective exercise of this right is crucial to ensure their full participation on all issues that affect their lives. By recognizing indigenous media, the United Nations is not only protecting diversity but also strengthening identities, values and languages that are at risk of disappearing.

During the first week of the UNPFII16 the Indigenous Media Zone will cover more than 40 panels and dialogues of 30 minutes with all key actors discussing indigenous issues.