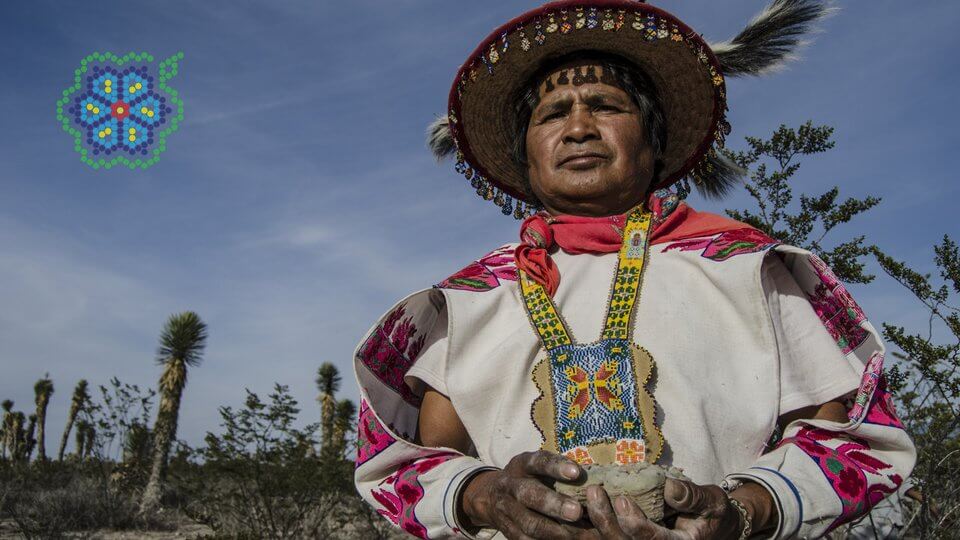 The film Huicholes: The Last Peyote Guardians will be on a North American tour with 30+ screenings in more than 20 cities in the United States and Canada, with the U.S. premiere at Rice University Theater in Houston, Texas, and the Canadian premiere hosted by Cinema Politica in Montreal, Quebec. The documentary presents the emblematic case of the defense of Wirikuta, sacred territory to the Wixárika (Huichol) people against the threat of transnational mining corporations. The Wixárika people, native to the Sierra Madre, have since time immemorial made their pilgrimages to this land; now they find themselves at the forefront of a spiritual crusade to protect life, evidencing the internal contradictions in our materialistic world.

“This documentary combines stunning cinematography with engaged and compassionate storytelling to bring an underrepresented tale of resistance to Cinema Politica audiences and beyond,” said Ezra Winton, co-founder of the Montreal-based media arts organization.

The movie, which drew 3,000 people to a single showing in Mexico City, won awards in Argentina and brought a mining industry executive to tears in Chile, has been sought by viewers in more than 40 countries, many of whom are going on to organize showings in their own cities.

“This is more than a movie – it’s a movement,” said Argentine director Hernan Vilchez, who received the request to make the movie from the Elder’s Council when he visited remote mountain community on a different assignment. Vilchez left his job and took the challenge, following the deeply spiritual Huichol people for more than three years; together with the production crew interviewing more than 30 individuals and documenting the growing storm as a movement built in Mexico’s civil society to support them in their quest to save the Birthplace of the Sun.

Vilchez and two Mara’kate (Huichol spiritual leaders), the father and son protagonists, will introduce and discuss the film at each screening. Individual events are being organized in each city with a local committee, which will help decide the program, set the agenda and draw the connections between local issues and those portrayed in the film – and there are many, according to Bryan Parras, founder of the Houston-based environmental justice organization t.e.j.a.s..

“The environmental movement is beginning to recognize that indigenous communities and people of color are impacted most by extractive industries and climate change. These same communities benefit the least from these developments and are often left with the legacy of toxic pollutants,” said Parras. “Organizations like Idle No More, the Indigenous Environmental Network and the People’s Climate Justice Alliance are reshaping the environmental movement. Likewise, new networks are being formed in the south with our brothers and sisters in Mexico and Latin America.”

After leaving Houston, the film tour will make stops in Austin and San Antonio, New Mexico and California before heading to Canada and then back to Arizona. The California premiere will take place the Red Nation Film Festival in Beverly Hills on Nov. 7 before making multiple stops in in the greater Los Angeles area. In Canada, the film will kick off Cinema Politica’s Divine Interventions series.

“We are thrilled to say that Huicholes embodies the precise theme and approach we have hoped for in our series Divine Interventions: Documentary, Spirituality and Social Justice,” said Winton. “It is as if this film was made for our program and we can’t wait to share it across Canada.”

Under a historic agreement with Wixarika traditional authorities, the film crew will be reporting all proceeds publicly and will hold a second meeting at the end of November to continue developing projects in the communities depicted in the film, as reported in the Huffington Post.

Also under the agreement, the film production crew helped raise the money to offer several screenings in the remote Wixarika territories, a feat in itself. Since its release in May, the movie has been seen by more than 17,000 people – most of them in free screenings throughout Mexico. Of the 107 screenings since the premiere in May, 10,700 saw the movie in 17 free public screenings – an enormous effort made possible by the contributions of many people and organizations.

US Venues working on confirmation