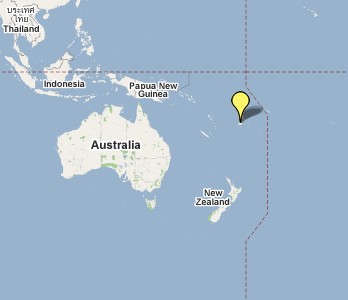 A worrisome proposal was recently tabled in Fiji that seeks the de-reservation of all Indigenous lands, allegedly, to ensure the survival of the Sugar Cane Industry on which thousands of people depend. This request was prompted in a report authored last November which stated the land could be ‘better utilised’ if the military-backed interim government de-reserved native land and increased the size of sugar cane lots from 4 hectares to 40 and 400.

The Fiji Times reports that interim Finance Minister Mahendra Chaudhry, who has in the past tried to undermine Fiji lands, gave the report to the permanent secretary for Finance, Peni Sikivou, along with a note asking him to “send it to the Native Land Trust Board for further action.” Mr Sikivou says that he was concerned about some of the recommendations in the proposal, especially the one calling for the de-reservation of lands, but decided to pass it on none-the-less.

Fortunately, amidst sharp criticisms, warnings, and pleas, the Native Land Trust Board conceded that they would only approve the recommendation if a majority consisting of at least 51 percent of Fiji’s Indigenous landowners agreed with it. It’s highly unlikely that such a “majority” will form.

Nevertheless, if the government decides to ignore the law–which they could very well do–then majority or not, the plan could still be approved. They will make their official statement at the end of the month

Meanwhile, Chaudhry is perhaps trying to build a majority by claiming people who oppose the plan are ‘creating mischief.’ He also insists it ‘would not result in any loss of land,’ but rather allow the landowners to make millions because they would be given leases which they could use to hire contractors to work the land. “How can we let the Fijian people live a life of indignity and poverty when they own assets worth tens of millions of dollars,” Chaudhry asks.

Landowners, Youths, Womens groups, and even ousted Prime Minister Laisenia Qarase, are making it clear, however: It’s not a question of allowance but of “heart, culture and tradition.” Fiji’s Indigenous population is innately connected to the land and undermining their legal, recognized title “would be akin to a systematic dismantling of what is fragile to indigenous Fijians,” explains Ratu Osea Gavidi of the Viti Landowners and Resources Association. It “would be similar to wiping off more than half-a-million indigenous Fijians from the planet and that the government too must wake up to this fact.”

Some may see Osea’s words as being melodramatic, but really, they’re not. After all, if this plan goes ahead then not only can it result in the loss of land and title, but it will also set a dangerous precedent that will scream to the world’s resource exploitation industry: Fiji is now open for business.