Ezidikhan rejects Baghdad-Irbil deal to hand Shingal back to Kurds

SHINGAL, Nineveh, Iraq – In an official statement from Prime Minister Waheed Mandoo Hammo, the Provisional Government of Ezidikhan has flatly rejected a political deal cut between Baghdad and Irbil that hands military and political control over Ezidikhan and its people to the Kurdish Regional Government.

The official statement from the Office of the Prime Minister reads, 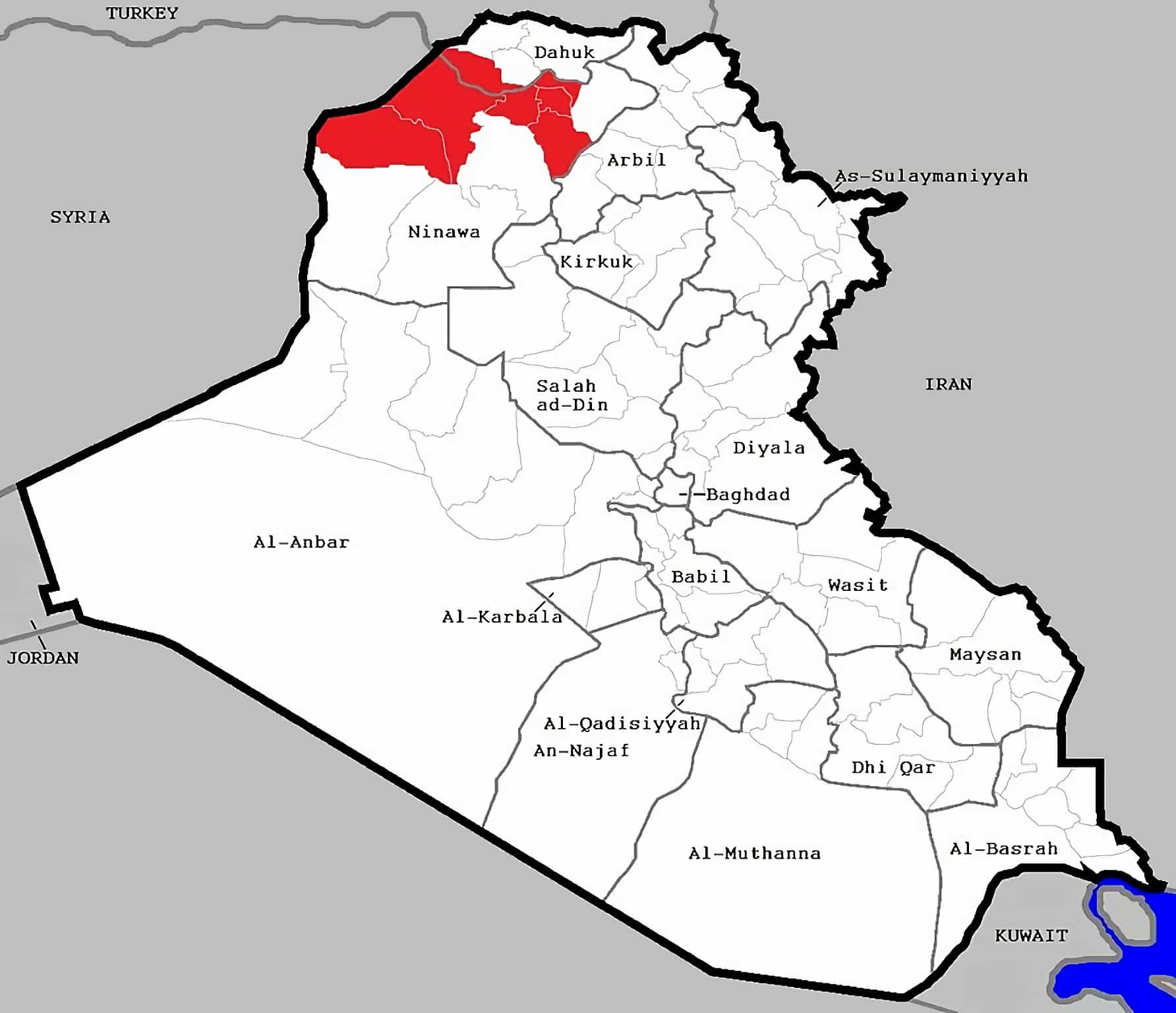 Location of Ezidikhan within the borders of the Republic of Iraq

“This is the internationally agreed norm established by the United Nations at its High Level General Assembly when the United Nations affirmed this principle in September 2014. Obtaining the “free, prior and informed consent” of indigenous nations before any state action affecting their rights or interests is the burden that Iraq agreed to at the High Level General Assembly in 2014.”

“It is my Government’s decision to enforce the principle of free, prior and informed consent as affirmed by the United Nations in our relations with Iraq and all nations and states. No policy or action by Iraq or any other state’s government that affects the interests of the Nation of Ezidikhan will be legitimate without my Government’s freely given consent and without having been fully and satisfactorily informed.”

Prime Minister Waheed Mandoo has also stressed that “Ezidikhan will not deal with the Iraqi government unless and until it conducts new elections since it is obviously an illegitimate government lacking any authority to govern.”