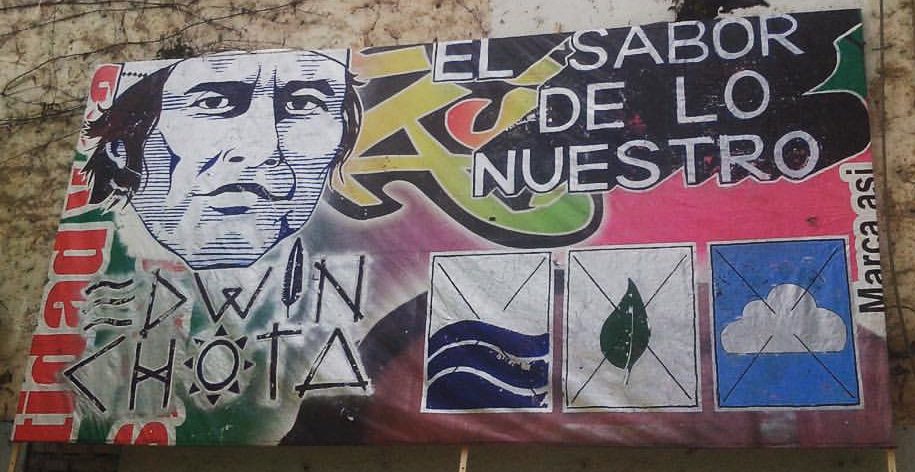 After a years-long investigation, “Peruvian justice did a 180,” said the Rainforest Foundation.

After a years-long investigation, two executives and three loggers were formally accused on Wednesday of murdering Edwin Chota, Jorge Ríos Pérez, Leoncio Quinticima, and Francisco Pinedo in 2014. The four men had fought illegal logging in the Upper Tamaya-Saweto Asháninka territory in the Amazon of Peru, where they were found shot to death.

Charges for industry executives in the deaths of land defenders—164 of whom were killed around the world in 2018—are thought to be “unprecedented,” according to the Associated Press.

“Five years after the murder of four Indigenous leaders who stood up to illegal loggers in the Peruvian Amazon, the family and community is finally getting some justice,” tweeted the Rainforest Foundation.

UPDATE: Five years after the murder of four Indigenous leaders who stood up to illegal loggers in the Peruvian Amazon, the family and community is finally getting some justice.

The news was also praised by the nonprofit Indigenous rights group Amazon Watch and sustainability consultant Andrea Johnson, who applauded the “glimmer of accountability.”

All were forest defenders, shot and killed in 2014 battling illegal logging in the Peruvian Amazon.

Two timber executives and three loggers have just been charged in their deaths.https://t.co/gWjAgW4wT2

A GLIMMER OF ACCOUNTABILITY! For the first time in Peru's judicial history, loggers may be held to account for murdering leaders trying to defend their territory. #guardiansoftheforest
https://t.co/LetIsTsvny

Chota, Pérez, Quinticima, and Pinedo were found dead after filing formal complaints with prosecutors in their territory about illegal logging.

A 2012 report by the World Bank revealed that about 80 percent of logging exports from Peru are obtained illegally by the timber industry.

The four men were among 10 land defenders from around the world who were killed in 2014 amid disputes with logging industries. According to Global Witness, which tracks the killings of environmental campaigners every year, 116 people were killed that year in struggles against agribusiness, mining companies, and other corporate interests. Forty percent of those killed were Indigenous people.

In the case of the four Indigenous men in Peru, Global Witness reported, “The loggers were able to take advantage of the Peruvian government’s failure to fulfill [its] pledge to officially recognize the Indigenous land.”

Illegal loggers were immediately suspected by the local community of being behind the killings, but supporters expressed doubt in 2014 that anyone would be held to account.

“There’s so much corruption in the regional governments that these logging mafias can kill our brothers with impunity,” Henderson Renfigo of the Peruvian Indigenous rights organization AIDESEP told The Guardian at the time.

Prosecutor Otoniel Jara charged the five suspects after authorities who had previously overseen the case abandoned it. The suspects each face up to 35 years in prison if convicted.

“This is good,” Asháninka Diana Ríos, the daughter of Jorge Ríos, told the AP. “This is not going to be filed away and forgotten.”

This article was originally published by Common Dreams. It has been re-published by IC under a Creative Commons License.