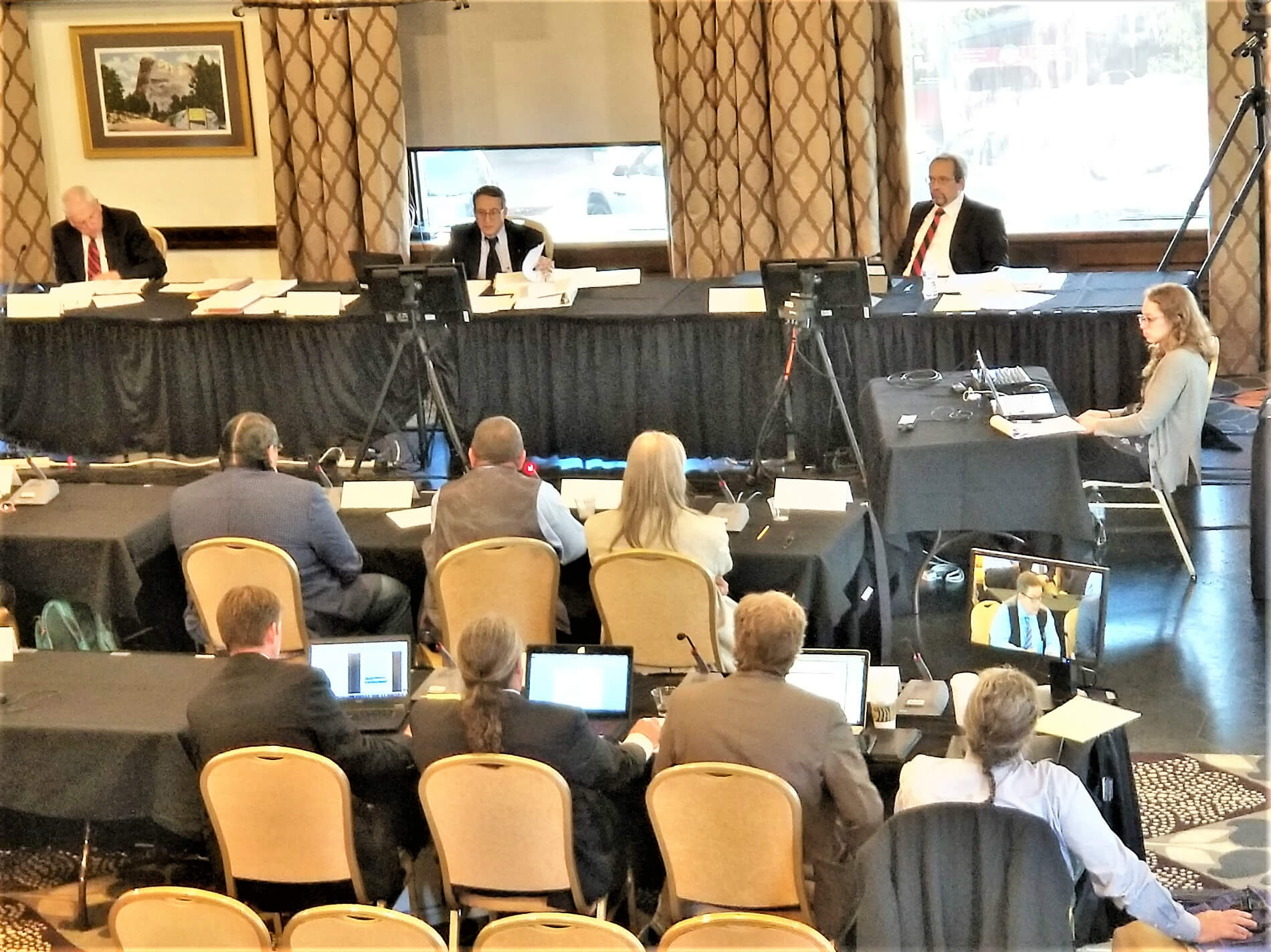 HOT SPRINGS – After tribal members and other residents roundly rejected the U.S. EPA’s proposed draft permits to provide Black Hills water to a foreign uranium mine project promoter, the agency has revised the wording for a new comment period, it announced Aug. 26.

Members of the public will have a chance to testify on the revised drafts at a hearing on the Dewey Burdock Project set in Hot Springs for Oct. 5, and the written submission period will remain open until Oct. 10, the agency said. However, it has not conducted government-to-government consultation with tribes in the matter.

All the bands of the Oceti Sakowin, or Seven Council Fires of the Great Sioux Nation, have tribal resolutions in place in opposition to any uranium mining in unceded 1868 Ft. Laramie Treaty territory, which overlaps a five-state area, including the entire Black Hills.

The EPA has guidelines that call for it to “consult on a government-to-government basis…when EPA actions and decisions may affect tribal interests.”

It is the first-ever federal agency to come up with “Tribal Treaty Rights Guidance,” a document created with tribal consultation, which “outlines a process to help navigate treaty rights discussions with tribes during tribal consultations,” it says.

“It is an initial step in EPA’s efforts to improve the methods and processes in place to meet the commitment to honor and respect tribal treaty rights and resources protected by treaties,” the agency’s literature establishes.

The EPA issued draft permits in 2017 and revised draft permits this 2019 in response to Azarga Uranium Corp.’s applications to conduct South Dakota’s first-ever uranium solution mining and wastewater disposal, or in situ leaching, in the underground water tables.

The EPA is taking public comment on the revised drafts as well as the company’s request for the agency to exempt it from compliance with the quality standards of the Clean Drinking Water Act in order to proceed.

If the EPA agrees, the company would receive a permit to punch some 4,000 new injection well holes in the Inyan Kara and Minnelusa aquifers at the 10,000-acre Dewey Burdock site located on the headwaters of the Cheyenne River, 50 miles west of the Pine Ridge Indian Reservation and 12 miles north of Edgemont in Fall River and Custer counties.

Azarga Uranium Corp.’s wholly owned subsidiary Powertech USA Inc. would obtain the authorization to undertake on-site processing of the uranium dissolved by chemical injections in the water table, using the method of in situ leaching, or ISL, then ship the concentrated product for conversion into atomic fuel rods and nuclear weapons.

Granting the permits would mean the Canadian Chinese company would hold the rights to use 8,500 gallons of water per minute, free-of-charge, to mine and process uranium in the Inyan Kara Aquifer, and then pump mining wastewater into the Minnelusa Aquifer.

The project was the subject of an Aug. 28-29 federal Atomic Safety and Licensing Board public hearing in Rapid City on the Oglala Sioux Tribe’s administrative appeal over the Nuclear Regulatory Commission’s grant of a license to the company for radioactive materials handling.

The company hasn’t cleared a single regulatory hurdle in its nearly 10 years of applications, in large part due to tribal government contentions, as well as opposition from individual tribal members and other concerned residents.

An academic study by Missouri State University in 2018 revealed that a super-majority of the people in the Black Hills area oppose the project. It found that 95.3 percent of the written comments contained in 1,500 pages submitted for the first round of public comment on the draft water permits reflected flat-out opposition to ISL at Dewey-Burdock.

Water contamination was by far the most common concern expressed in the written comments. Some 93 percent of oral testimonies delivered by 200 people among 700 attending the water permit hearings held in Rapid City, Hot Springs and Valentine, Nebraska, expressed opposition to the proposed uranium mining, on-site processing, and wastewater injection.

The reason an exemption from compliance with the quality standards of the Clean Drinking Water Act would be needed to carry out the project is the NRC finding that “the restoration of an ISL-mined aquifer to pre-mining water quality is an impossibility.”

To read the exemption and permitting documents, visit www.epa.gov/uic/uic-epa-region-8

Written comments on the exemption and revised draft water permits may be submitted online at Regulations.gov under docket number EPA-R08-OW-2019-0512.

The public also may submit written and verbal comments during the hearing, which is set for 9 a.m. to noon and from 2 p.m. to 6 p.m. at the Mueller Center, 801 S. 6th Street in Hot Springs.