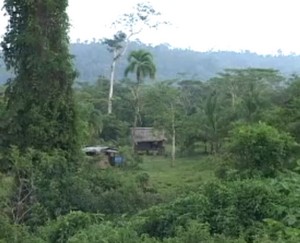 Emergency in BOSAWAS – The Struggle of the Mayangna is an informative look at the struggle of Indigenous communities to protect the natural resources of Bosawas, the largest biosphere reserve in Central America.

For centuries the Mayangna have lived in the forests of Nicaragua. Due to the persecution by European colonialists, they took refuge in the mountains of the Autonomous Region of the Northern Atlantic, where they still maintain their cultural traditions and livelihoods.

In 1987, the Sandinista government passed the Atlantic Coast Regional Autonomy Law. The first of its kind in Latin America, the Autonomy law recognized the Mayangna and Miskito Peoples’ communal right “to use and benefit from natural resources as well as their right to practice their traditional forms of land tenure and transfer”, notes the World Rainforest Movement (WRM).

However, while the law constituted a major victory for Indigenous Peoples, it was effectively brought in at the point of a gun. And despite its positive gains, cattle-farmers, land-traffickers, migrants and various companies wanting to exploit the region’s natural resources have simply ignored it.

Then, “In October 1991 the Nicaraguan government declared a large extension of the Atlantic Coast’s indigenous territory as a National Reserve of Natural Resources, which is now widely known as Bosawas. This is the most extensive reserve in Central America, and in January 1998 it was declared Biosphere Reserve by UNESCO. The Bosawas area is the home of 12 animal species under threat of extinction, and of 18 species already extinct in the Central American region. The core area of the Reserve is composed of 750,000 hectares of dense primary tropical rainforest,” continues WRM.

“The reserve was created with no prior consultation with the 34,000 indigenous inhabitants of the area –Miskitos and Mayagnas– who are still demanding such consultation to the governmental authorities. They also suspect that the government declared the area as a Natural Reserve in order to take profit of its natural resources, and consider that this act is in violation of their rights to the land and its resources.”

While the Mayangna’s struggle has primarily focused on securing recognition of their rights and protecting the region’s biodiversity, they are also faced with increasing poverty and displacement from their lands as a result of industrial activities and the steady influx of migrants.

For instance, in the Indigenous territories of Mayangna Sauni As, Mayangna Sauni Arungka, and Mayangna Sauni Bas y Tuhaska, the agricultural frontier has already destroyed millions of hectares of pristine forest. Between 1987 and 2005, 13% of the forest area had been lost.

As well, according to the aptly-named report, Your biosphere is my backyard, the migrant population has grown about 17% each year, compared to indigenous population’s growth “which amounts to some 3.5% yearly.”

What’s more, the migrants, the wood traders, the cattle farmers the land traffickers, etc., take advantage of the government’s weak presence in the region to appropriate land and displace Indigenous communities without consequence.

Emergency in BOSAWAS was produced by the German Development Service, in collaboration with Esta Semana.