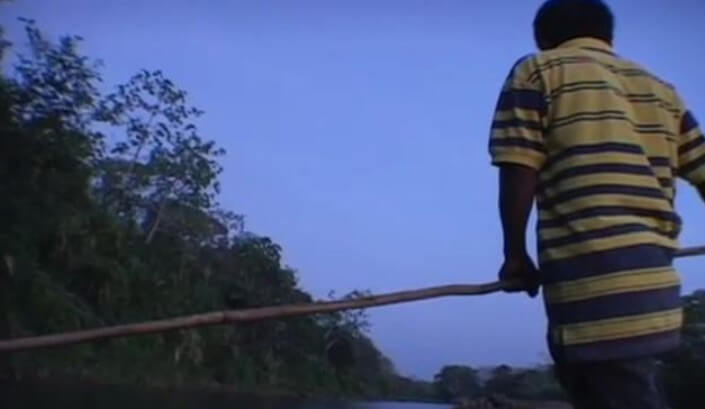 Echoes of the Future

World renowned for their beautiful basketry, the Wounaan are in the midst of a struggle for land rights and recognition of their identity as Indigenous People.

The Wounaan, one of seven Indigenous Peoples in Panama, inhabit a region known as the Darien Gap—a place where Panama meets Colombia and the Pan-American highway ceases to exist.

Historically, the Wounaan were excluded from Panama’s land tenure process and denied their basic Indigenous rights. As a result, “non-indigenous latino colonists,” mostly cattle farmers, began to enter Wounaan territory in the 1970s and claim it as their own.

Since around that time, the Wounaan have struggled to gain recognition for their land rights, however, the invasion has never stopped.

They’re also struggling to protect the rainforest and defend their language, artistry and culture.

The Wounaan are widely regarded as some the finest basket weavers in the world. “Their baskets are sold for up to $40,000 each in the US Indigenous Arts Markets by ‘savvy basket traders’ and galleries,” says Oriana Bolden, an Oakland-based documentary filmmaker and founder of the media production hub, proj-ectPRO:JECT. “Meanwhile, the Wounaan have little to no access to the resources they need to protect themselves, their culture nor their land.”

In 2005, Bolden produced “Echoes of the Future“, an 18 minute film that looks at the Wounaan’s ongoing struggle.

It is, of course, one we’ve heard often; whether we’re talking about baskets or traditional medicines, ceremonies and burial remains. In most circumstances, it’s as if Indigenous Peoples are supposed to just sit back with a smile on their face while outsider forces come in and steal everything that makes them unique.

The Wounaan, like so many other Indigenous Peoples around the world, are not willing to accept this. They just want to live their own life.

If you’d like to learn more about the Wounaan, visit the website of Native Future, a non-profit group dedicated to working with the Wounaan.