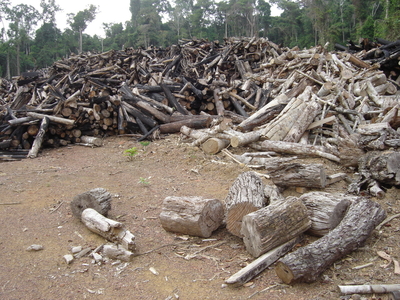 A new study reveals that nearly one quarter of the Earth’s land area is being degraded by “human activities.”

“Land degradation – the decline in the quality of soil, water and vegetation – is of profound importance but until now there have been no consistent global data by which to assess its extent and severity,” notes ScienceDaily.

It was previously assumed that degradation was holding at about 15 percent, “but this was a map of perceptions, rather than [an actual] measurement.”

“Overall, a quarter of the world’s population depends directly on these degrading areas. The worst-hit areas are Africa south of the Equator, SE Asia and S China. The worst-affected countries, with more than 50 per cent of territory degrading are, in Africa, the Congo, Zaire, Equatorial Guinea, Gabon, Sierra Leone, Zambia and the most affected (95 per cent degrading) Swaziland; in Asia, Myanmar, Malaysia, Thailand, Laos, Korea and Indonesia. In terms of the rural population affected, the greatest numbers are in China, with nearly half a billion, India, Indonesia, Bangladesh and Brazil. The usual suspects, such as the African Sahel and around the Mediterranean are much less affected,” explains Dr David Dent, one of the authors.

The cause of this degradation, as the report notes, is primarily the result of “land management” — or, as says Rainforest says, wide-spread forest removal, biofuel plantation schemes, “water diversion and countless other methodical diminishments of intact natural ecosystems [including water contamination and industrial pollution]. As goes the land (and sky and water and oceans and animals) will go humanity.”