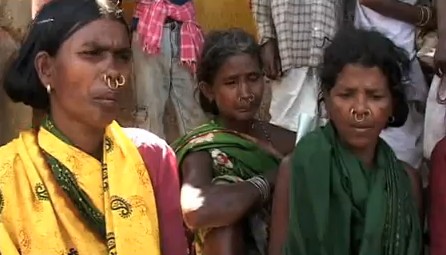 Don’t mine us out of existence

Even though the UK-based mining company Vedanta Resources tries to make itself look like a victim, it is the Dongria Kondh who will lose everything if Vedanta gets its way.

In April 2009 the company received approval from Indian authorities to mine for bauxite on top of the Dongria Kondh’s most sacred site: the home of their god, Niyam Raja.

ActionAid once pointed out that Vendanta’s plan is akin to destroying St. Paul’s Cathedral to make a bunch of drink cans and foil for chocolate bars.

However, it is much more akin to destroying every single Church in the world—along with every Bible and Cross—and then poisoning the food in every supermarket and everyone’s water supply.

To make the image even more troubling: instead of drink cans it’s nuclear weapons: Vedanta hopes to send the Bauxite to Bharat Aluminium Company Ltd. (BALCO), who supplies 90% of the aluminum used to manufacture nuclear-capable missiles for the Indian government.

To date, the Dongria Kondh have not given their consent for Vendanta’s mining project. They have stated many times since the mine was first proposed that they can never do so, because the destruction of their Mountain would guarantee their own death.

For more information, see Amnesty International’s in-depth report on Vedanta’s mining operations and the real (ongoing) and potential impacts on the Kondh. You can directly download the report here: ‘Don’t mine us out of existence‘ (PDF)

Amnesty International is asking everyone to send a message to the Indian Minister of Environment and Forests, calling on him to refuse permission for the expansion of Vedanta’s mining and refinery operations. Send the Minister a letter here: Mining and refinery expansion threatens human rights in Orissa