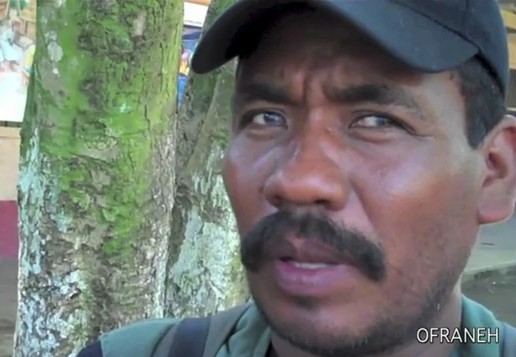 The Patuca River, located in northeastern Honduras, is the second largest river in Central America. it flows for approximately 10 miles before crossing the Mosquito Coast and pouring into the Caribbean Sea.

Thousands of Indigenous people live in dozens of communities along the river, including the entire Tawahkas population. If the Patuca dams go ahead as planned, the Tawahka will run the risk of extinction. 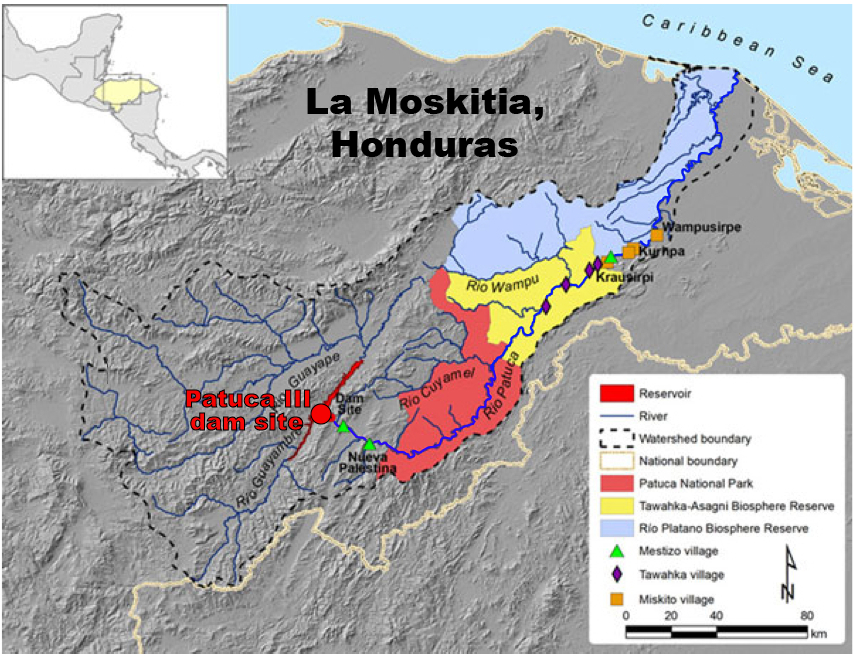 However, all the Indigenous Peoples will be gravely impacted by the hydro dams, as Cultural Survival explains on their website:

Indigenous villagers who live along the Patuca’s banks depend on the river for their lives and livelihoods. It is their only means of transportation and communication through the vast, roadless Moskitia. Dams would obstruct commerce and trade for thousands of people. On stretches of river between the dams, the flows, currents, and channels would be altered; people whose knowledge of the Patuca has sustained them for centuries would no longer master the river. Fish would disappear. Flood cycles that regularly wash nutrients over their agricultural lands would be changed. And road construction would open their forests to an unstoppable invasion of loggers, poachers, ranchers, and drug smugglers. The government plans to build a military base to protect the construction project. “These impacts will be fatal for the survival of the Tawahka as a unique people,” says their elected leader, Lorenzo Tinglas.

Cultural Survival recently began a new letter-writing campaign to prevent these dire outcomes. The letter, which you can find at cs.org, urges the Honduran government to suspend development of the Patuca dams and comply with the UN Declaration on the Rights of Indigenous Peoples (UNDRIP) and ILO Convention 169. Both documents recognize Indigenous Peoples’ right to free, prior, and informed consent (FPIC). ILO Convention 169, in particular, is a legally-binding agreement.

Cultural Survival notes elsewhere: “The Moskitia (mos-KEE-tya) is the largest, most magnificent expanse of tropical wilderness north of the Amazon – and the Indigenous Peoples who live there are determined to keep it that way. For 3,000 years, Indigenous people have plied their dugout canoes up and down the Patuca River, the central artery of Honduras’ vast Moskitia lowland rainforest… ‘The river is our life,’ says Lorenzo Tinglas… ‘Any threat to the Patuca is a threat to four Indigenous Peoples—the Tawahka, Pech, Miskitu, and Garifuna—and we will fight to the death to protect it.'”

And “The fight is on. In January, the Honduran congress approved a contract with [the Chinese company Sinohydro,] to build the first of three dams on the Patuca River. In February, the four Indigenous groups and Afro-Hondurans who share the Moskitia formed a united movement to save the river, their livelihoods, and their unique cultures. The Moskitia is a world-class treasure, and it will take international pressure to stop this project.”

Write a letter in solidarity with the Tawahka, Miskito, Pech and Garifuna! Visit cs.org; or see the links below.