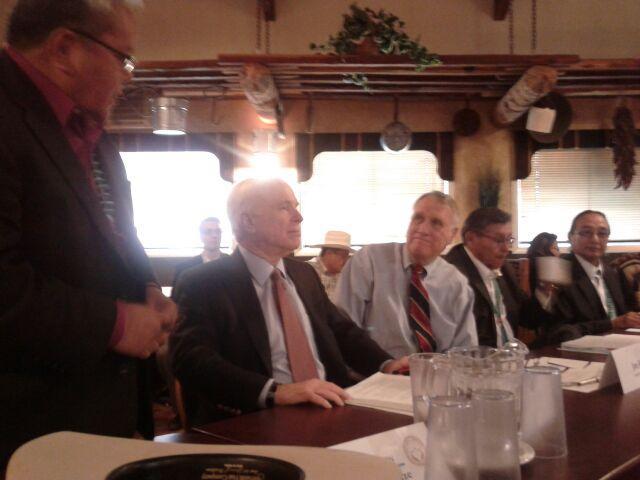 All photos and reporting from the scene courtesy of Outta Your Backpack Media, a collective working for indigenous youth media empowerment; and Paper Rocket, an indigenous centered Navajo media production team.

From the frontlines of the water wars: Diné and Hopi water rights at risk, protesters gather on Navajo Nation 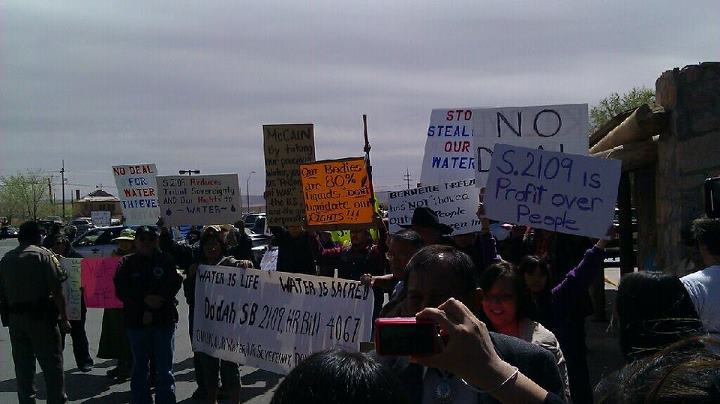 A group of Diné and Hopi people ( including traditional people and elders) upset by the latest colonial attack on indigenous peoples water rights, gathered to protest the visits of two US Senators to the Navajo Nation today.  The people had gathered to say “no deal” to s2109, the bill that would allow for more water to flow into Arizona for the benefit of companies and urban growth. 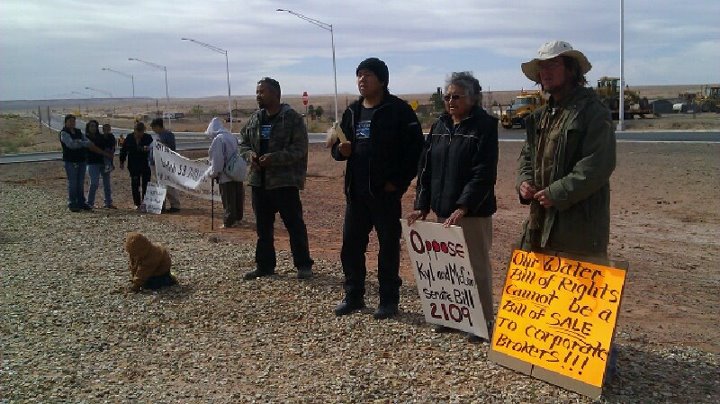 Senators McCain and Kyl were in Tuba City to gain official support from the Tribal governments for their bill, Senate Bill 2109, described in a Native News Network article as:

Senate Bill 2109 45; the “Navajo-Hopi Little Colorado River Water Rights Settlement Act of 2012? was introduced by Kyl and McCain on February 14, 2012, and is on a fast track to give Arizona corporations and water interests a “100 th birthday present” that will close the door forever on Navajo and Hopi food and water sovereignty, security and self-reliance. 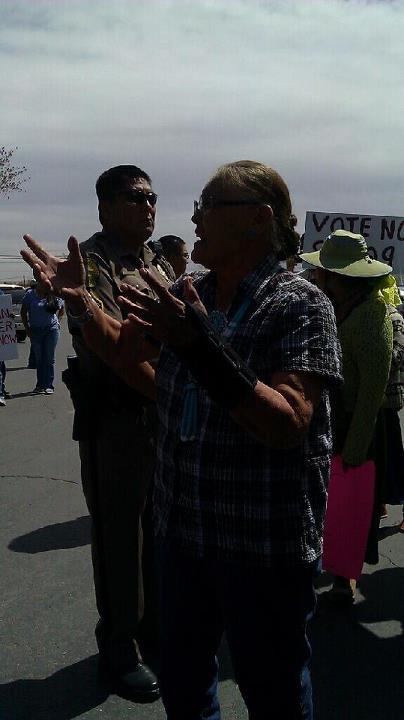 S.2109 asks the Navajo and Hopi peoples to waive their priority Water Rights to the surface waters of the Little Colorado River “from time immemorial and thereafter, forever” in return for the shallow promise of uncertain federal appropriations to supply minimal amounts of drinking water to a handful of reservation communities.

The Bill – and the “Settlement Agreement” it ratifies – do not quantify Navajo and Hopi water rights – the foundation of all other southwestern Indian Water Rights settlements to date – thereby denying the Tribes the economic market value of their water rights, and forcing them into perpetual dependence on uncertain federal funding for any water projects.

The fight for Diné and Hopi water rights continues as several indigenous struggles persist across Arizona to protect sacred sites, stop cultural genocide, and prevent further destruction of the earth and its people for corporate profit.