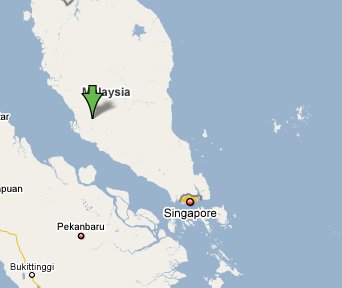 Development, Law, and the Traditional life of the Orang Asli

During the 14th Malaysian Law Conference, held two weeks ago in Kuala Lumpur, it would seem the lawyers got a bit of an education about indigenous life and the challenges facing the Indigenous People of Malaysia.

In the morning of the final day of the conference, there was a session entitled “Orang Asli and Our Constitution – Protecting Indigenous Customs and Cultural Rights.”

The first speaker in the hour was Dr. Ramy Bulan, from the Centre for Legal Pluralism and Indigenous Law at the University of Malaya. Dr. Bulan explained to the roomful of lawyers that the preservation and maintenance of the Orang Asli’s culture was fundamental to their existence and identity–that it must be safeguarded, and that the government must ensure they benefit from development projects.

“As we all know, we have been categorized as the hardcore poor, uneducated, under-developed and unprofessional in the country. But let it be known that in our villages, everyone still has a roof over their head. Nobody ever has to beg for food or rape or steal. We never have to resort to crimes like those who live in the city,”

Tijah went on to explain how her people are proud of their culture, customs and beliefs; that the community does not have to worry about matters of economy because they were brought up to sustain their life without being dependent on money.

“Our customs teach us to respect the balance in nature. We want development in our villages of course but if it separates us from our history and culture, we will become like city folk and we don’t want that.”

She also talked about how the Orang Asli have been misled on several occasions by the government. One such example is “their Felda and Felcra programmes that only benefit the Malays and not us. They offer us 40 sen for a kilogram of rubber by making us tap our own trees. How does that develop the area and how can this solve our poverty problem? They also promise to give us RM3,000 (for the labour) but pay us RM500 instead.”

Speaking after Tijah, Dr. Colin Nicholas, the Director of the Center for Orang Asli Concerns (COAC) spoke on the subject, “Orang Asli and the Constitution: Protecting Customary Lands and Cultural Rights.”

“He concludes his paper by noting that the ultimate guarantee for the rights of the Orang Asli seems to be the nation’s courts, which are granting legal status for their customary rights to the land. But the government appears to be, once again, determined to deprive them of their land. A newly proposed law, called the Orang Asli Land Policy, will represent a devastating setback to them if it is enacted. The law proposes 75,900 hectares to be set aside for the aboriginal people. That amount, however, would remove 51,798 hectares from their control. In other words, it would reduce their land holdings by about 40 percent.

Most ominous of all, the proposed law would only guarantee land rights for a 99 year lease. This kind of set back for the Orang Asli can only be addressed, in the opinion of Nicholas, by challenging government agencies at all levels. The courts that are now interpreting the federal constitution in favor of the Orang Asli appear to be the one institution in Malaysian society that may hold out some hope for their long term protection. ”