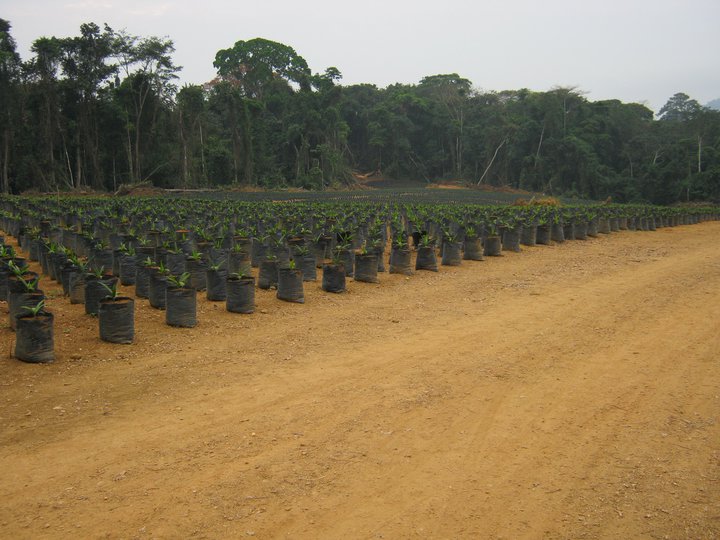 The Indigenous Peoples of Southwest Cameroon have enjoyed a great victory over the New York based company, Herakles Farms. In late May the company suspended its work on the proposed enormous oil palm plantation in the region. This came after large amounts of protests by human rights organizations, environmental groups and the Bassossi, Upper Balong, Nguti, Oroko, Bakossi, and Upper Bayang Indigenous Peoples.

The New York-based agri-corporation, Herakles Farms, has been working on a land deal that would destroy over 70,000 hectares (300 square miles) of rainforest and the livelihoods of thousands of rural Cameroonians. However, after Cameroon’s Forestry Ministry and a joint report from Greenpeace and the Oakland Institute alleged that the company did not obtain the proper permits prior to clearing the forest, Herakles cut the project short.

Herakles has denied the claims and has maintained it had received the proper permission to proceed with the project. It said it was working with the Cameroonian government to work out the matter quickly.

The groups in opposition to the project have done a great job exposing the manipulation and flat-out lies of Herakles Farms. While the company attempts to brand itself as a leader in sustainable development, or as crucial to the well-being of the local people, the contrary is often found.

Herakles Farms claims that the “vast majority of the concession is secondary and degraded forest” and that the concession area was selected because it was located on “land that had been previously logged.” Yet, ground, aerial and satellite surveys have shown this to be untrue. Rather, areas that have been logged have been done so selectively and the forest remains largely intact.

Additionally, Herakles has publicized the project’s possible potential for local employment. Its website, for example says the company has developed a “staffing plan and will work closely with village leaders to identify and train candidates and employ as many of those seeking employment as possible.” Yet a convention Herakles signed in 2009 allows the company to pay according to minimum wage scales “fixed on the basis of productivity and efficiency criteria”, instead of according to Cameroonian minimum wage laws. Already producing cash crops like cocoa, the local small-scale farmers are making far more on their own than they would be as laborers in the Herakles plantation.

The Greenpeace and Oakland Institute report also gives evidence asserting that Herakles Farms is using intimidation and corruption in the land acquisition process. Evidence obtained shows that employees of Herakles Farms’ have used bribery, cash gifts, and promises of employment to get support for their project.

In an effort to develop the project more swiftly, the company pulled out of the Round Table for Sustainable Palm Oil (RSPO), a certification scheme designed to promote global social and environmental standards for palm oil production. Without such international supervision, the company was hoping to speed up the development of the plantation.

Palm oil is growing in importance around the world as it is being used in everything from margarine to soap and biofuels. Many critics, however, are claiming the palm oil industry is causing drastic reductions in local food production in order to use the land to grow this vegetable oil for export rather than local consumption. Palm oil is, in fact, a major part of the land grab occurring in Africa in the last years.

On a global scale the palm oil industry has been shown to have drastic negative impacts. Rainforests are destroyed to produce industrial palm oil plantations, releasing massive amounts of carbon dioxide into the atmosphere. This particularly enormous palm oil plantation proposed by Herakles Farms in Southwest Cameroon will contribute to this global impact as well as have local impacts.

The rainforest it would destroy is exceptionally rich and diverse ecologically, and is threatened by this palm oil plantation. It provides important habitat to threatened and endangered animals and is considered to be the oldest forest in Africa at 60 million years old. It also threatens to destroy the forests, watersheds, and forest resources of thousands of Indigenous Cameroonians, leaving entire forest communities to face poverty.

This victory is a great success for the local Indigenous communities and the opposition groups. However, the Cameroonian government, while protecting its citizens from this destructive project, has not closed the door to foreign investment. It has importantly made a statement that investors need to follow the proper regulations. Hopefully the opposition groups can maintain the momentum brought by this success.