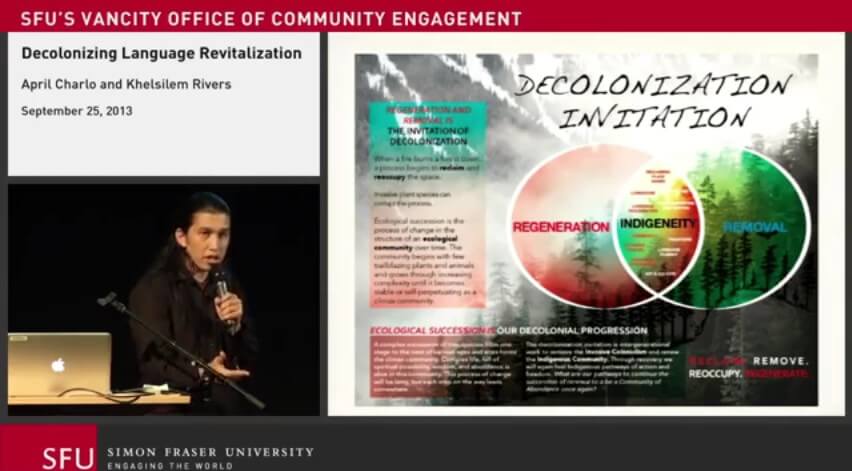 In this 2013 presentation, Khelsilem Rivers and April Charlo team up to deliver two illuminating discussions about colonialism and decolonization in the context of language revitalization. Their presentation and open dialogue addresses a number issues including the way that colonization affects our relationships, the concepts from which we derive meaning in the world, and the very strategies that we use to revitalize/secure our languages.

Decolonizing Language Revitalization aims to put forward perspectives of shifting values, cultural understandings, and impacts on community. It is the stories we tell ourselves (as a people) that impacts who we believe we are, and then who we become. But if the stories — even including, or especially the Indigenous ones — are filtered through colonialism, we have become a different people because of it.

April Charlo from Bitterroot Salish people and is a member of the Confederated Salish and Kootenai Tribes, Montana.

Khelsilem Rivers is a Sḵwx̱wú7mesh-Kwakwa̱ka̱’wakw language revitalization activist from Vancouver.