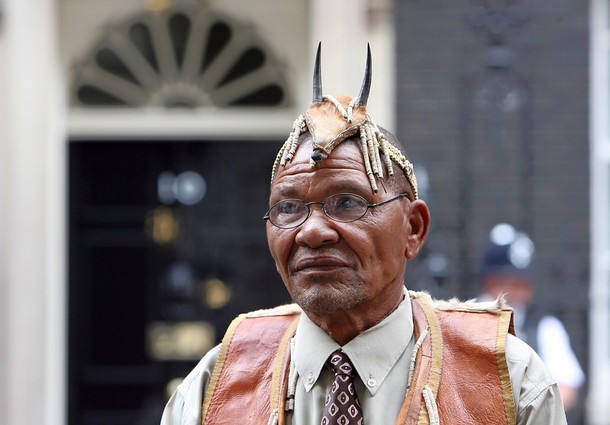 Following their return to the Central Kalahari Game Reserve last month, the diamond company De Beers has announced that it will no longer pursue mining or exploration activities in the region.

The announcement comes just a couple weeks after Survival International found out that the company had returned to the reserve in Botswana, and relaunched their campaign against them.

“We are dismayed that De Beers feels that it can now return to the reserve whilst the situation with the Bushmen is still unresolved,” stated Survival Director Stephen Corry. “Presumably it hoped no-one would notice. Hundreds of Bushmen still languish in relocation camps, unable to return home because the government won’t let them hunt or use their water borehole.”

“We intend to do everything in our power to help them, which will include targeting De Beers and trying to persuade people to boycott De Beers until the Bushmen have access to their lands and water,” he continued.

Fortunately, De Beers had the gumption to pull back before things heated up. During the previous campaign, Survival embarrassed them so much that they sold a $2.2 billion deposit to Gem Diamonds for $54 million.

In addition to withdrawing from the reserve, De Beers stated that it will not return until the Peoples agree to a sustainable, long-term management plan with the company.

There isn’t much of a chance of that happening an time soon. The Bushmen, also known as the Kgeikani Kweni, told Survival that, “until all those unlawfully evicted are allowed back on their land with access to water and hunting permits, they consider diamonds mined… to be tainted.”

In other words, the government will have to stop loathing its own history and uphold the Peoples’ Indigenous rights.